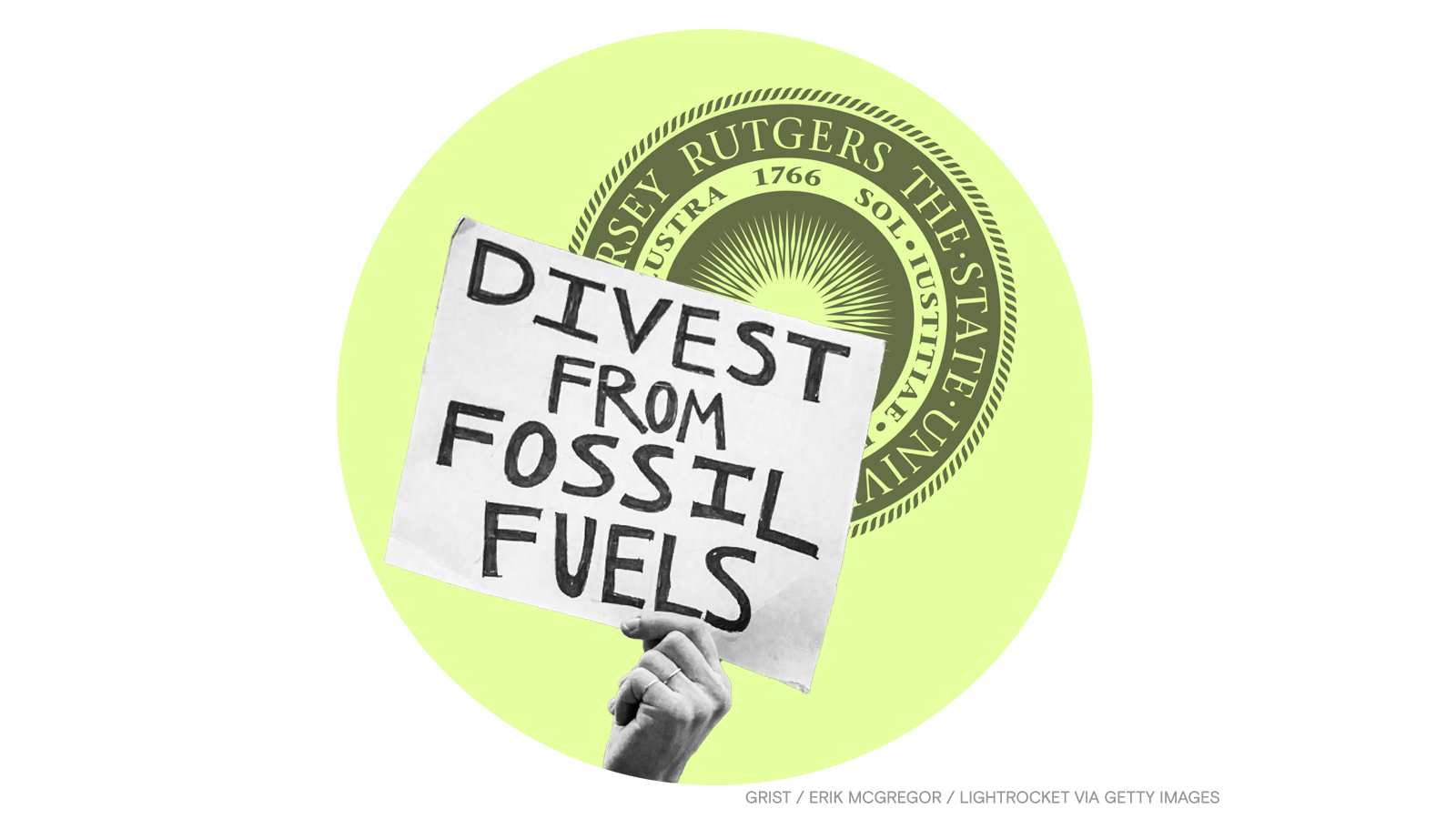 Following a Tuesday vote by its Board of Governors and Board of Trustees, Rutgers University announced it will begin the process of divesting its assets from fossil fuels. Around five percent of the university’s $1.6 billion endowment — about $80 million — is currently invested in companies whose main business is fossil fuel exploration, extraction, or infrastructure.

Students and community activists from a coalition called the Endowment Justice Collective have been pushing for university divestment from fossil fuel assets for years. “This is seven and a half years in the making,” David Hughes, former president and current treasurer of the Rutgers faculty union, said in a press release. “It will give greater strength to the divestment movement at exactly the moment when the new Biden administration is beginning to take up climate change.”

A natural gas pipeline that would run from Pennsylvania to New Jersey got a boost from team Biden on Monday. The Justice Department filed a brief in support of the PennEast Pipeline Company LLC, which successfully petitioned the Supreme Court last month to reconsider an Appeals Court ruling that effectively blocked the pipeline from running through the Garden State.

After Hurricane Harvey swamped Texas in 2017, Houston voters approved $2.5 billion in bonds to fund 180 flood control projects, which the city had promised it would match with state and federal funds. But this week, officials said that $1.4 billion of those matched funds haven’t yet come through, sparking concern among residents in low-income and minority areas that their neighborhoods will never get the help they need.

Biden brings back the birds