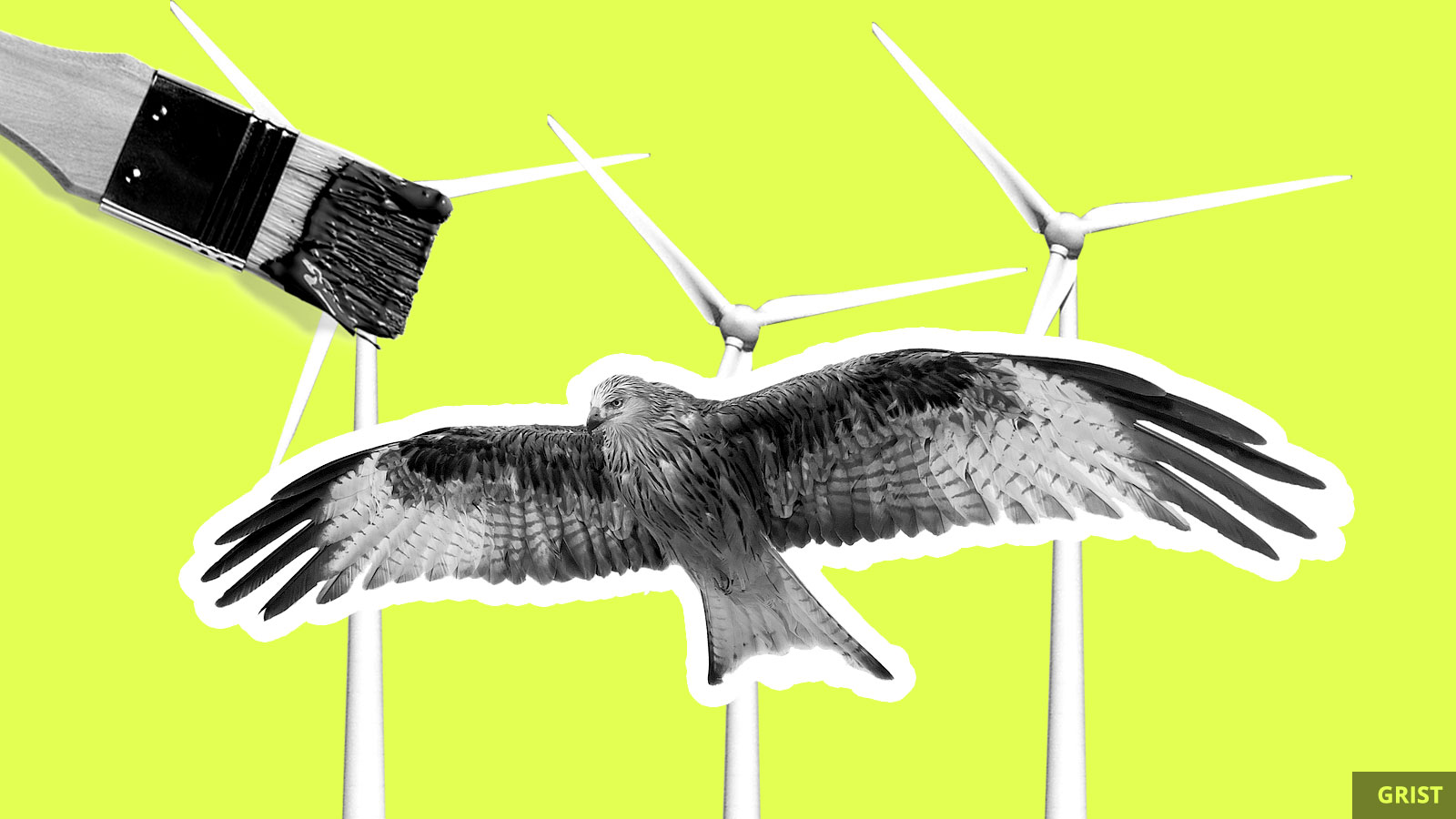 Wind energy is on the rise. 2019 was the second-best year for new turbine installations globally, according to the Global Wind Energy Council’s 2019 market review, and wind power is increasingly cheaper than coal-generated electricity. However, wind farms are often blamed for the deaths of birds that crash into turbine blades.

But saving birds’ lives can be as simple as a quick coat of paint. A study conducted at a wind farm in Smøla, Norway, found that coating just one out of three turbine blades black reduced bird deaths by 70 percent. Birds cannot see many obstructions when flying, and painted blades make it easier for them to see and avoid turbines from a distance.

Some politicians — including the current U.S. president — are opposed to wind farms and claim that the harm caused to birds is not worth the trouble. But studies have shown that fossil-fuel plants, nuclear facilities, and electrical power lines actually kill more birds than wind turbines. Bird deaths are also expected to decrease as wind farms incorporate newer turbines with larger, slower-moving blades.

Hurricane Laura made landfall near the Texas-Louisiana border at 1 a.m. on Thursday, supercharged by warm water in the Gulf of Mexico. The Category 4 storm killed at least one person, a 14-year-old girl, and knocked out power for hundreds of thousands of people. Oil refineries in Texas produced nearly 4 million pounds of pollution just by shutting down their operations ahead of the storm, and a chemical plant near Lake Charles, Louisiana, sprang a serious leak on Thursday morning.

Flash floods in the city of Charikar in northern Afghanistan killed nearly 80 people on Tuesday and Wednesday. Dozens more were injured, and some neighborhoods were destroyed by the floods, which were caused by heavy seasonal rain.

Moratoriums on utility shutoffs, which were implemented in response to the COVID-19 pandemic, are beginning to expire. A new report out Thursday shows that 34.5 million U.S. households in 14 states will lose utility shutoff protections in the next month. Only two of the nation’s 10 largest utilities won’t shut off power for customers: Pacific Gas and Electric and Southern California Edison. Those California utilities are legally prohibited from shutting off power.

A climate plan for finance nerds