It’s Wednesday, August 26, and Senate Democrats have a climate plan, too! 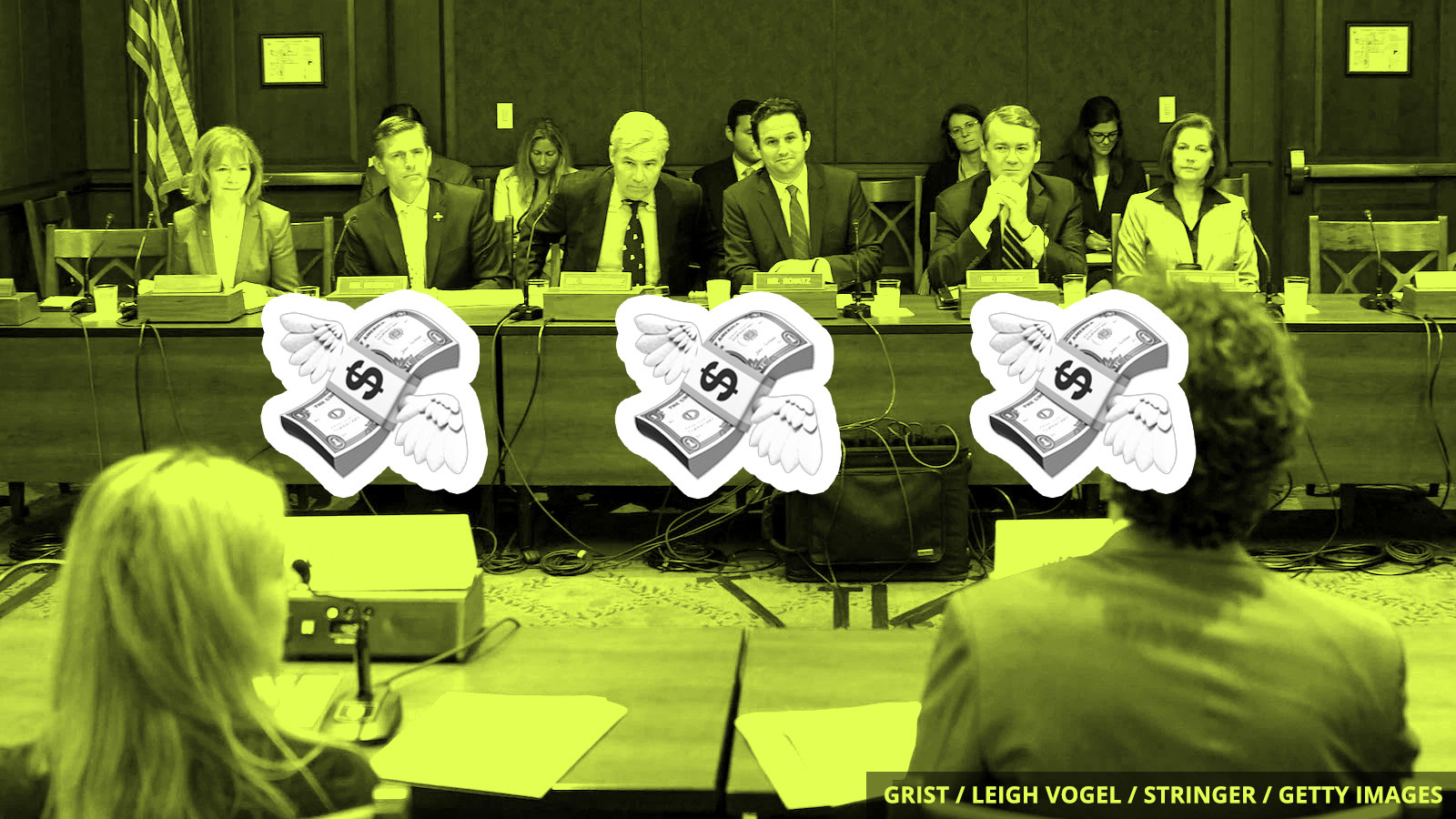 Another day, another plan to address our overheating planet: On Tuesday, the Special Committee on the Climate Crisis — a group of 10 Democratic U.S. senators led by Hawaii’s Brian Schatz — released a 260-page report calling on the government to build “the clean energy future we all deserve.”

Compared to recent climate plans released by House Democrats and presidential nominee Joe Biden, the Senate’s climate action roadmap is a little vague on specifics. It calls on the U.S. to cut carbon emissions to “net-zero” by 2050, but, besides putting a $400 billion per year price tag on the clean energy transition, it doesn’t pick many policy favorites.

The plan does, however, address one elephant in the room: money. Senate Democrats say that if banks, insurers, and investors continue taking on more climate risks, the economy could face a 2008-style collapse. To avert yet another economic downturn, the committee recommends that publicly-traded companies be legally required to disclose their climate risks. It also calls on the Federal Reserve to incorporate climate change into U.S. monetary policy.

The Senate plan also takes aim at the money fossil fuel companies spend to influence elections and spread disinformation about climate change. To prevent elected officials from being swayed by fossil fuel dollars, the senators suggest a set of rules that would pull back the veil on fossil fuel funding of shadowy nonprofits and reform the campaign finance system at the same time.

Hurricane Laura is projected to hit the Louisiana and Texas coast as an “extremely dangerous” Category 4 storm tonight, according to the National Hurricane Center. Twenty million people are in the storm’s path, and half a million have been ordered to evacuate due to the threats of storm surge, extreme winds, and flooding.

Sea-level rise and increased flood risks from climate change have not been incorporated into the Federal Emergency Management Agency’s flood maps, despite a 2012 congressional mandate. Without information on flood risk, developers will continue to build in flood-prone areas, leading to a dangerous and expensive cycle of damage and reconstruction.

Despite recent attempts to green its image, the U.S. Chamber of Commerce doesn’t include votes for climate legislation in the ratings it gives lawmakers — even in cases where the group publicly endorsed such legislation, according to a new analysis from the World Resources Institute. In fact, the Chamber’s 2019 “How They Voted” scorecard gave congressional climate deniers an average score of 81 percent, and 87 percent of those climate deniers were honored by the Chamber for their pro-business votes.