It’s Tuesday, August 9, and the Senate has approved a major climate and energy package. 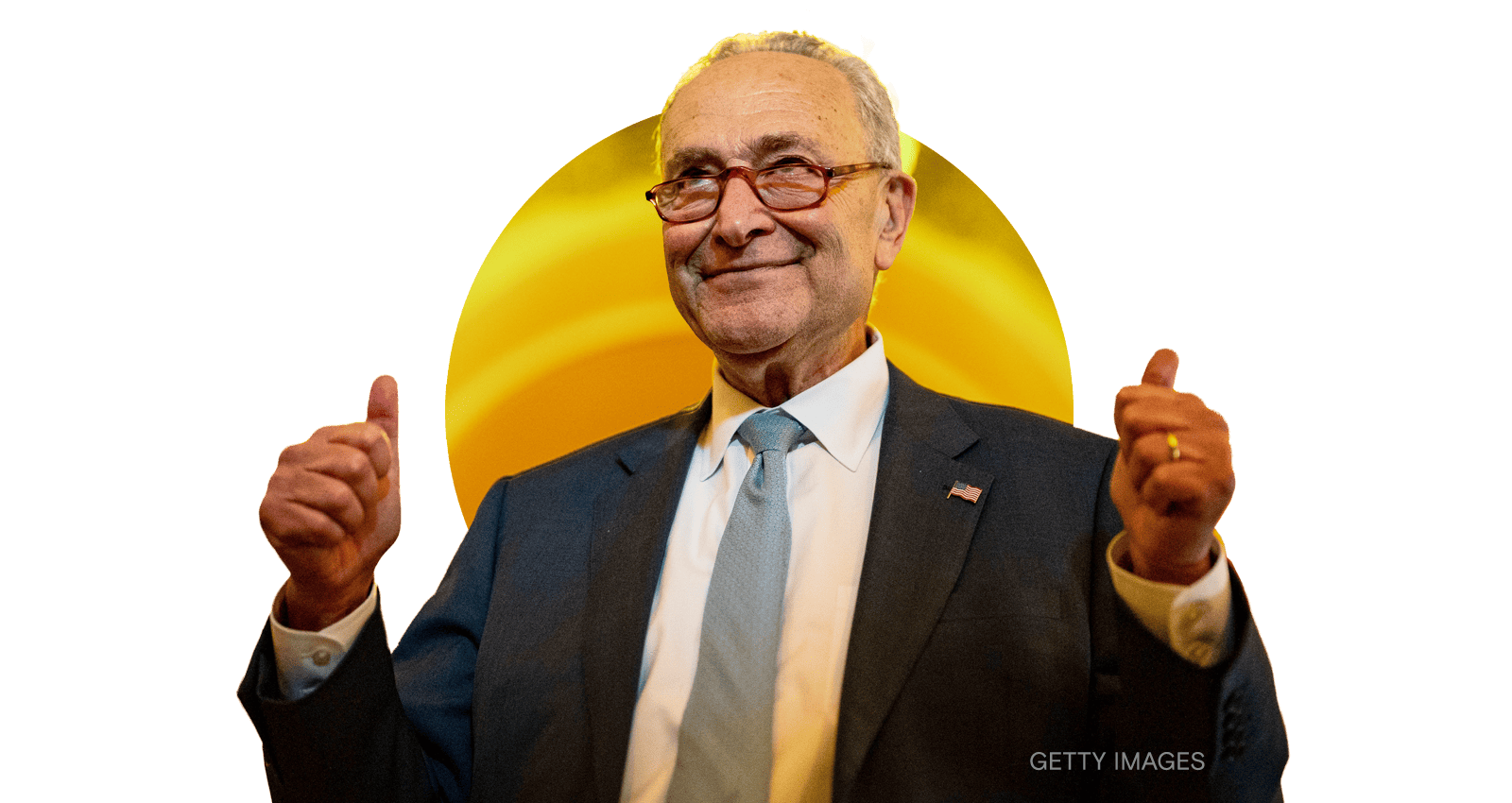 After more than a year of negotiations, Senate Democrats on Sunday passed far-reaching legislation to slash the U.S.’s cumulative greenhouse gas emissions roughly 40 percent below 2005 levels by the end of the decade.

The $437 billion Inflation Reduction Act, or IRA, is “the most comprehensive piece of legislation affecting the American people in decades,” Senate Majority Leader Charles Schumer, a Democrat from New York, told the New York Times.

The bill came together in a whirlwind when, after months of painful back-and-forth, Senator Joe Manchin of West Virginia abruptly agreed two weeks ago to back a spending package with more than $369 billion in clean energy tax credits and other funding for climate and energy programs. Just three days after conservative Democrat Kirsten Sinema of Arizona had signed onto the bill, all 50 Democrats in the Senate voted for it, overcoming uniform opposition from the chamber’s 50 Republicans.

Vice President Kamala Harris cast the tie-breaking vote on Sunday, paving the way for unprecedented investment in everything from solar panels and wind turbines to electric cars. The bill includes half a billion dollars to produce more heat pumps and process more minerals that are critical for electric car batteries, and roughly $60 billion of its climate funding is specifically meant to boost environmental justice, for example by reducing pollution from ports.

Independent analyses predict the IRA could avert roughly 6.3 billion metric tons of greenhouse gas emissions over the next decade and prevent up to 3,894 premature deaths per year by 2030. Although the bill contains support for fossil fuel projects — a concession to win Manchin’s blessing — experts say it would prevent 24 tons of emissions for every 1 ton caused by leasing for oil and gas drilling.

“The bill’s certainly not perfect, but that’s how we were able to get it done,” Matt Casale, director of environmental campaigns for the nonprofit U.S. Public Interest Research Group, told me. May Boeve, executive director of the nonprofit 350.org, said the Senate’s passage of the bill was an important milestone for the climate movement, although she called on environmental advocates to oppose its fossil fuel provisions. “Communities were sold out in this bill, and I think those very same communities are going to be fighting back extremely powerfully,” she told me. “We all need to join them.”

The House of Representatives is expected to pass the IRA on Friday. After that, it will go to President Joe Biden’s desk to be signed into law.

Correction: This newsletter originally misstated the sum of investments in the Inflation Reduction Act. The legislation includes $437 billion.

This story has been updated to clarify May Boeve’s position on the IRA.