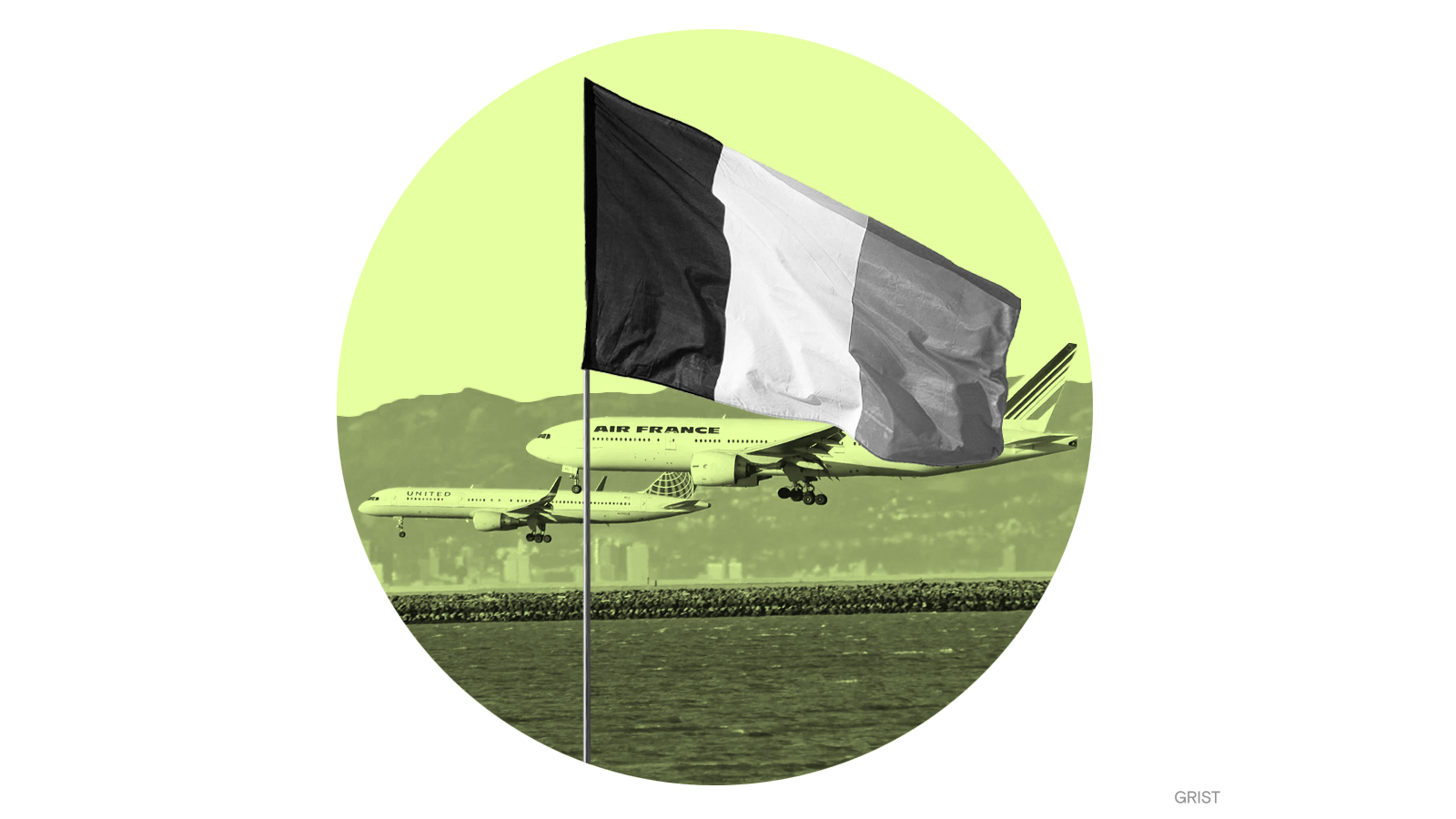 The National Assembly, the lower house of the French parliament, voted on Saturday to ban domestic flights between cities that could be reached by train in less than two and a half hours, citing the high carbon emissions of air travel.

The Assembly approved the legislation as part of a broader package to slash the country’s greenhouse gas emissions 40 percent by 2030, compared to 1990 levels. The bill will now progress to the French Senate. If passed, it would be the first country to ban flights due to climate change

Short-haul flights are some of the worst offenders for carbon emissions, since airplanes burn a lot of fuel during take-off and landing. According to one U.K. analysis, every passenger on a short domestic flight is responsible for about 0.9 pounds of carbon dioxide per mile traveled; a train, on the other hand, releases only about 0.15 pounds of CO2 per passenger-mile.

While the law would make France the first country to ban some aviation to fight climate change, it likely won’t affect many flights. One analysis estimates it would only scrap about five routes, including flights from Paris to Lyon, which is a 2-hour train ride south of the French capital. A group of citizens assembled by President Emmanuel Macron to shape climate policy had earlier suggested banning any plane trip that could be reached by train in less than four hours.

A major tropical cyclone tore through towns on the southern end of Australia’s west coast Sunday night, causing widespread destruction and power outages. In the past 5,000 years, storms of this intensity or stronger have only struck this far south on the continent’s coast 26 times. Jonathan Nott, a geography professor at James Cook University, told the Washington Post that climate change is making these occurrences more frequent.

About 2.3 million Americans are drinking water containing high levels of strontium, a metal that causes dental and bone deformities in children, according to a new study by the United States Geological Survey. A high number of aquifers contaminated with potentially unhealthy levels of strontium are located in Florida and Texas.

A sunny outlook for Navajo Nation