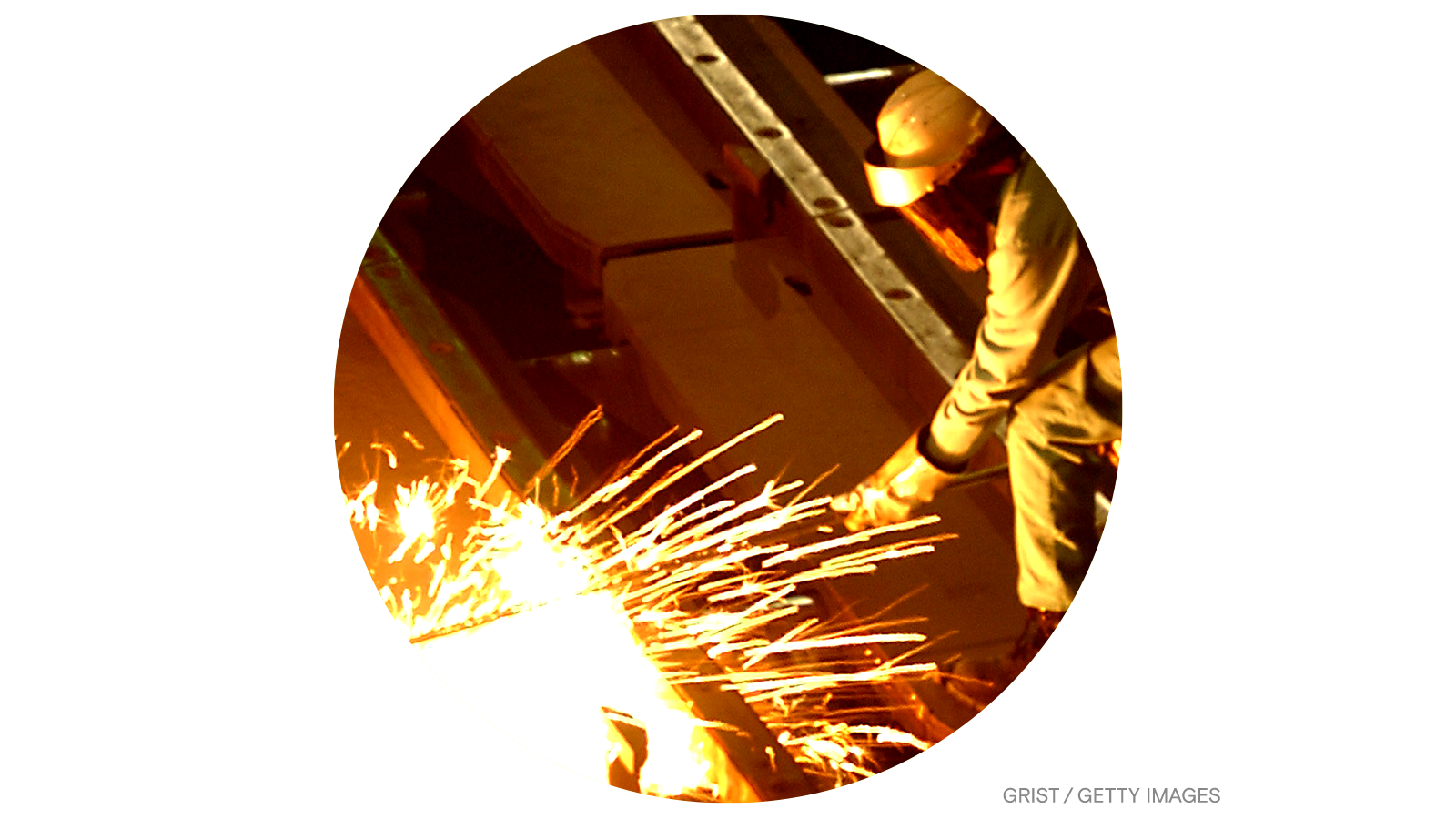 The EVRAZ Rocky Mountain Steel Factory will become fully operational this month, fueled by an onsite 300-megawatt solar farm called the Bighorn Solar Project. It will be the first steel mill in the world to be powered mostly by the sun.

The project to convert the EVRAZ mill into a solar-powered facility was announced in 2019 but has only recently been completed. It’s a partnership among three companies: Lightsource BP, which built and financed Bighorn’s 750,000 solar panels; Xcel Energy, the utility that will dispatch the solar power; and EVRAZ North America, which owns the 150-year-old steel mill.

In a press statement, Lightsource BP Americas’ CEO, Kevin Smith, said the completed project represents a major step toward mitigating the steel industry’s heavy carbon footprint, proving that “even hard-to-abate sectors like steel can be decarbonized when companies come together with innovative solutions.”

Heavy industry — which includes the production of steel, cement, chemicals, and more — is responsible for 40 percent of global greenhouse gas emissions and is notoriously difficult to decarbonize. By replacing traditional energy sources with solar power, the EVRAZ facility could avoid 433,770 metric tons of CO2 emissions annually — the equivalent of taking 92,100 fuel-burning cars off the road each year.

Steven Davis, an Earth systems scientist at the University of California Irvine, told me that the EVRAZ project only avoids energy-related emissions. Another facility in Sweden does that and also nixes so-called “process emissions,” from the often coal-dependent chemical reaction of reducing iron ore to steel.

Still, Davis said, projects like EVRAZ’s are a sign of progress when it comes to greening the steel industry, as it’s “important in demonstrating the feasibility of low- or zero-carbon steel.”