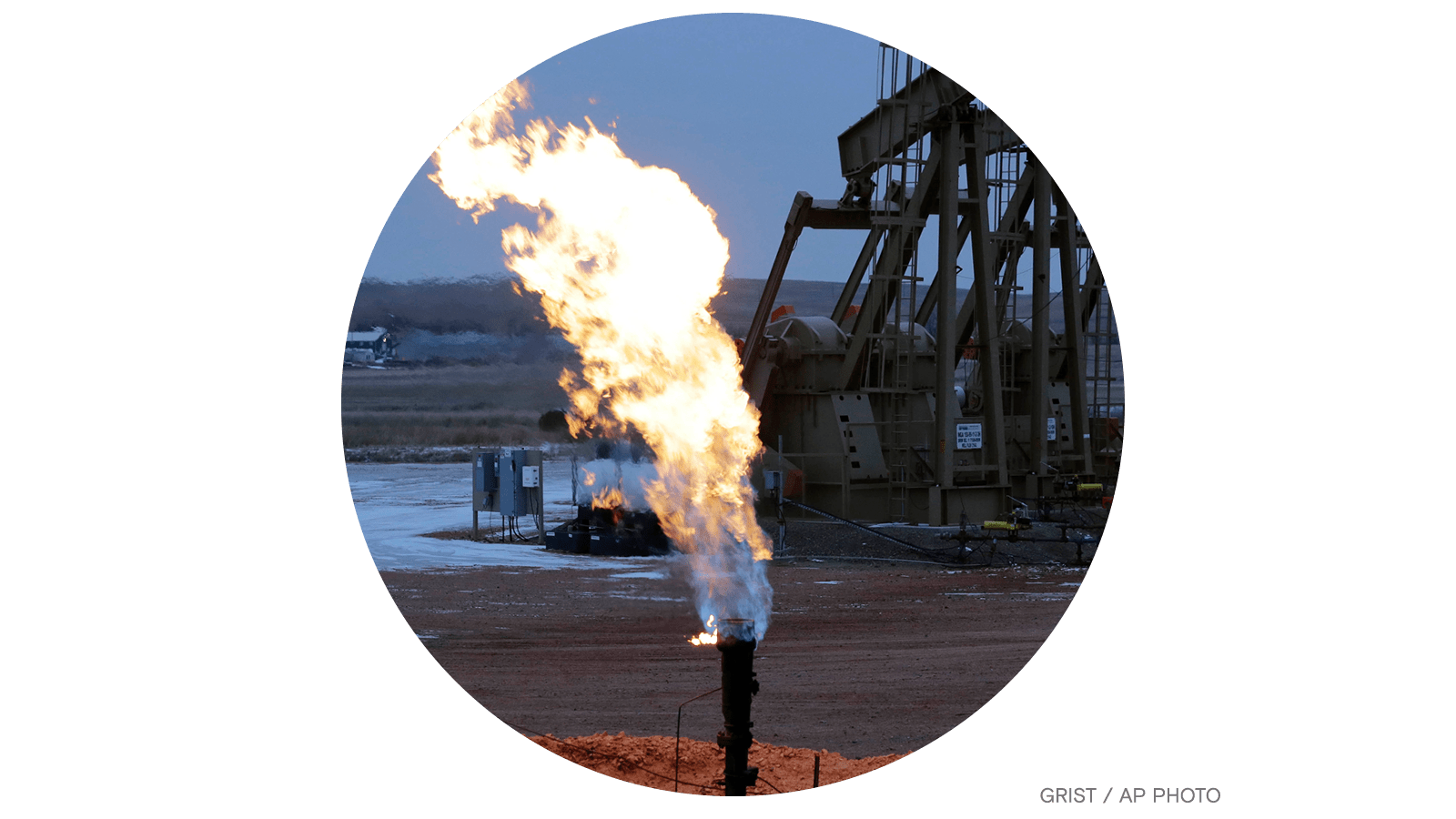 The Biden administration unveiled new regulations on Tuesday to slash emissions of methane, a potent greenhouse gas, from oil and gas industry operations. The proposed rule is part of the United States’ contribution to the Global Methane Pledge, a plan to cut planet-wide methane emissions by 30 percent from 2020 levels by the end of the decade. Ninety countries representing two-thirds of the global economy have signed on, including half of the 30 largest methane emitters.

Methane is “one of the most potent greenhouse gases there is,” President Joe Biden told COP26 attendees on Tuesday. Although methane doesn’t last in the atmosphere as long as CO2, it’s up to 86 times more effective at trapping heat over 20 years. According to the United Nations, methane is responsible for about 30 percent of global warming so far.

The proposed rule that Biden’s Environmental Protection Agency announced will force the operators of new and existing oil and gas wells to stop deliberately venting natural gas into the atmosphere and will require regular inspections of potentially leaky equipment.

The new policies are expected to eliminate 41 million tons of methane emissions from 2023 to 2035 — the greenhouse gas equivalent of shutting down 234 coal plants for one year.

Environmental advocates lauded the new rule as an important first step, but some experts  criticized it for not going far enough. Arvind Ravikumar, a methane researcher at the University of Texas at Austin, told my colleagues Emily Pontecorvo and Naveena Sadasivam that he was disappointed that the rule exempts some low-emitting wells from inspections and doesn’t address the practice of burning off excess methane from oil and gas wells.

“We would like to see those exceptions closed,” Ravikumar said, “but those are minor quibbles. Overall, it’s a very strong methane rule.”

One step closer to a drilling ban