It’s Friday, September 3, and a Swiss company signed a landmark deal to suck CO2 out of the atmosphere. 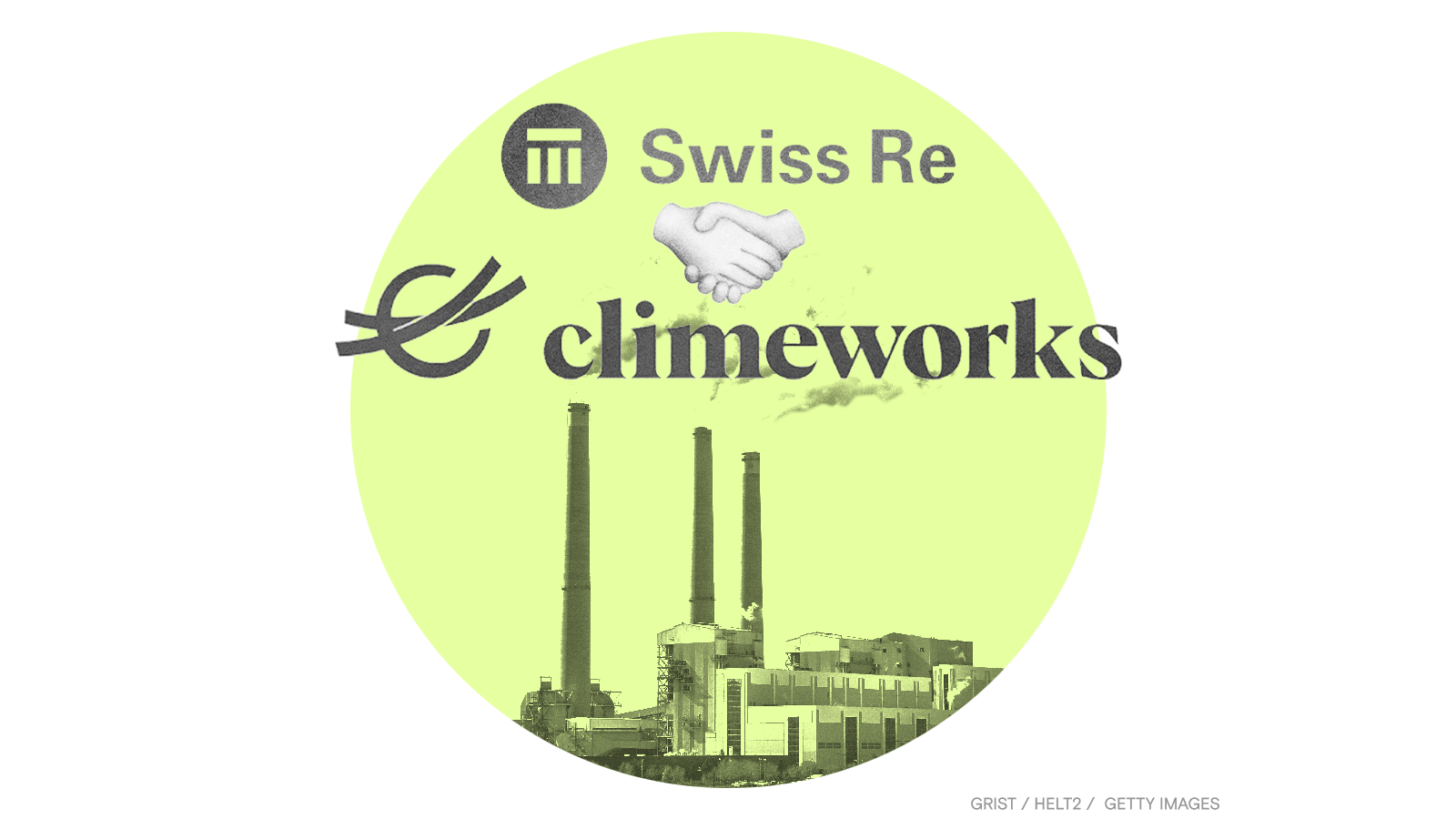 Swiss Re, one of the world’s largest reinsurance companies, announced a first-of-its-kind deal last week to suck carbon dioxide out of the atmosphere. The reinsurance giant will pay the Swiss carbon tech company Climeworks $10 million to remove an unspecified amount of CO2 from the air over the next 10 years.

According to Climeworks, the deal is the world’s largest carbon removal purchase ever. The company uses direct air capture technology to suck CO2 out of the air in Iceland and store it deep underground. It uses only renewable energy to power its carbon capture machines, which basically look like giant fans. (Disclosure: Climeworks is an advertiser with Grist. Advertisers have no role in Grist’s editorial decisions.)

According to an Intergovernmental Panel on Climate Change report released last month, humans will have to remove somewhere between 100 billion and a trillion metric tons of carbon dioxide by the end of the century to preserve a livable planet. Currently, the world only has the technological capacity to remove around 5,000 metric tons a year.

Swiss Re has already vowed to go carbon neutral by 2030, and the reinsurance giant said the deal would help reach that goal and inspire other corporations to do the same. “[T]he world needs to scale-up carbon removal on top of, not instead of emission reductions,” Christian Mumenthaler, the company’s CEO, said in a statement.

At least 47 people are dead after the remnants of Hurricane Ida caused catastrophic flash-flooding in the Northeast on Wednesday night and Thursday morning, trapping people in their homes and cars. More than 50,000 people in the region were still without power as of Friday morning, and some mass transit service remains limited.

In Louisiana, nearly 800 nursing home residents had to be rescued by state health department officials after they were evacuated to a warehouse in Baton Rouge in advance of Hurricane Ida. The residents spent six days in fetid conditions before they were rescued. The Louisiana Department of Health is investigating the incident, which led to four deaths.

A report from the Environmental Protection Agency shows that racial minorities in the U.S. will continue to be disproportionately impacted by climate change. If temperatures rise 2 degrees Celsius (3.6 degrees Fahrenheit) from preindustrial levels — and they are on track to do just that — American Indians and Alaska Natives will be 48 percent more likely than other groups to experience flooding caused by sea-level rise, Latinos will be 43 percent more likely to lose work hours due to extreme heat, and Black people will be 40 percent more likely to suffer from heat-related mortality.

A new office for climate and health equity