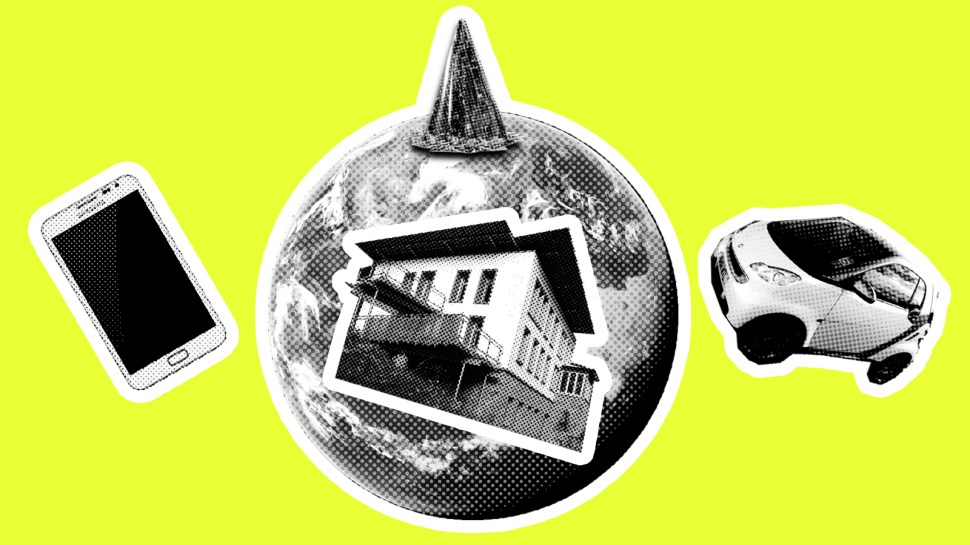 A new study in Nature Energy has us feeling optimistic. The research claims we can keep global temperatures from rising above 1.5 degrees Celsius by improving … drum roll please … energy efficiency.

We’re going to break this down for you in terms of what’s realistic and what’s not, but first, here’s the major takeaway: Reducing the amount of energy needed to power everyday things like appliances, heating and cooling systems, etc., could be a major tool to help us avoid the worst effects of climate change.

The authors of the study say rising consumer demand for more efficient things, like electric cars and smartphones, paired with innovative technologies and better policy, can lead to a scenario in which the world uses a lot less energy. The study also shows that making dramatic changes to energy efficiency can improve quality of life in many of the world’s poorest cities.

This is the first study of its kind to provide evidence that we can avoid crossing the 1.5-degree threshold relying on shot-in-the-dark technologies like carbon capture and storage (which sucks carbon out of the air and buries it in the ground). But it’s important to note that the researchers are calling for a 40 percent reduction in energy use by 2050. That’s a gigantic ask. Plus, we’re already on track to blow past the goal of 1.5 degrees warming.

Ensuring the existence of a livable planet definitely isn’t in the bag, but, to quote Jim Carrey in Dumb and Dumber, “So you’re telling me there’s a chance?”

Last year, nearly 26,000 coal miners suffering from black lung received $184 million in federal health benefits. More and more miners are being diagnosed with the deadly disease, but that coal tax that funds the benefits is set to be cut by 55 percent by the end of the year. That means the federal fund will face a $15 billion deficit in the next 30 years, according to a new analysis. Coal just keeps getting dirtier.

What does chicken have to do with corruption? Three months into Scott Pruitt’s tenure, the EPA administrator enlisted one of his aides to reach out to the Chick-fil-A president about Pruitt’s wife Marlyn becoming a franchisee. Despite a conversation between Scott and Chick-fil-A’s legal department, Marlyn never ended up opening the franchise. Maybe she chickened out?

Speaking of odd agency moves: Remember when Education Secretary Betsy DeVos weirdly came out in in favor of the decision to leave the Paris agreement? Apparently the White House said Cabinet officials had to publicly support the move, with “no exceptions.” At least nine officials, including DeVos, publicly praised it. Statements of support were written around talking points provided by the White House and approved by its press aides.

Yesterday, we asked you for your favorite vegan recipes following this story on how giving up meat and dairy is the best way to reduce your carbon footprint. In honor of World Environment Day, here are some vegan dishes to get you thinking about how you might make the switch forever.

There you have it! Got more recs? Tweet them at us! And godspeed to all of us on our meat-and-dairy-free futures!

Hawaii leis down the law