It’s Wednesday, August 28, and the climate crisis is ready for primetime … and before, and after. 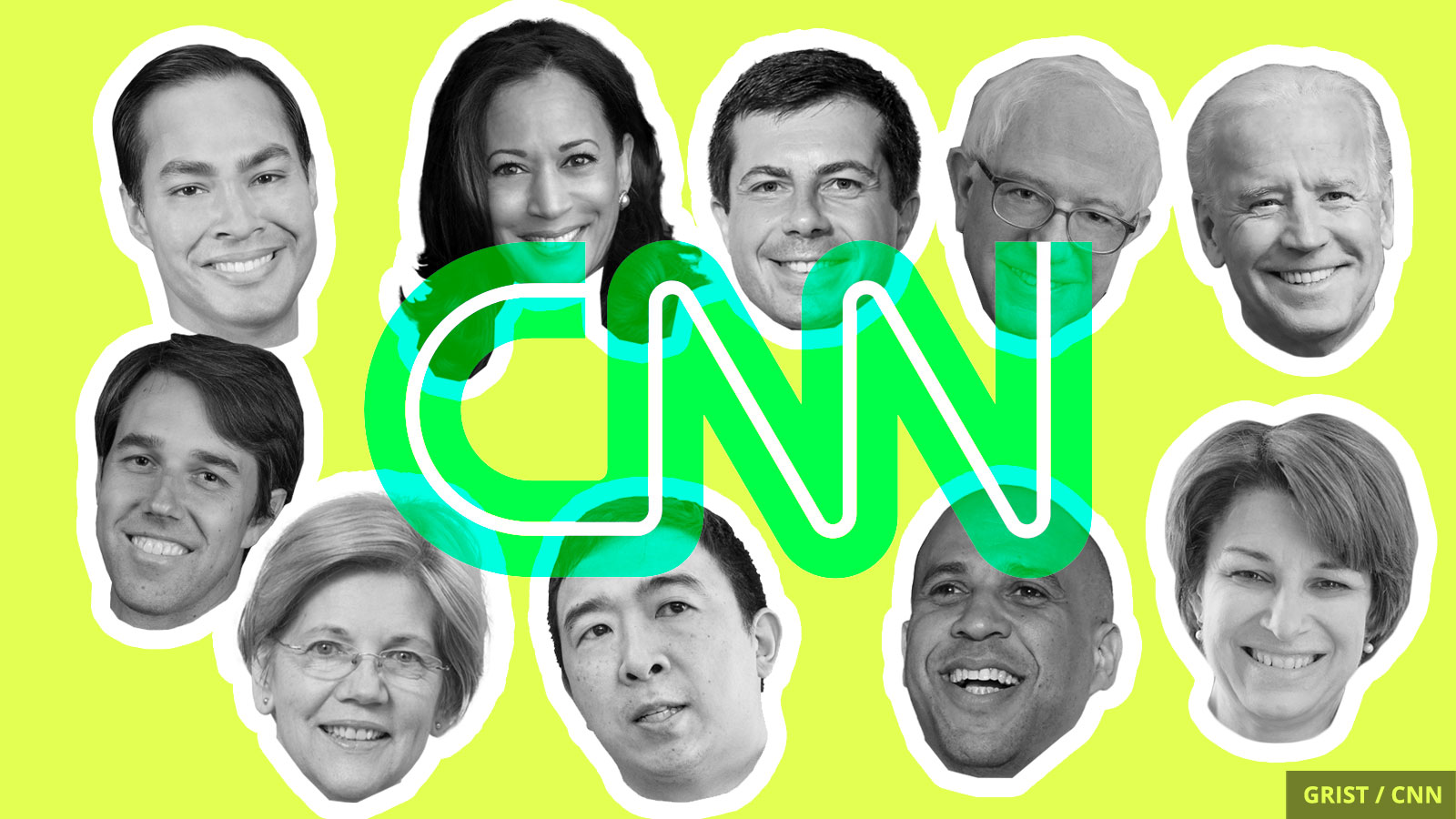 CNN has released details about its presidential town hall devoted to climate change on September 4. The event, which will be the first of its kind, is slated to be seven hours long(!). Ten Democratic candidates will each have 40 minutes to answer questions from network reporters and a studio audience about their plans to tackle the climate crisis.

Last week, the Democratic National Committee officially voted down a proposal to hold a presidential debate focused solely on the climate crisis. Activists like the Sunrise Movement and former candidate Jay Inslee had been pushing for months for a DNC-sponsored event. While CNN’s town hall won’t offer the same head-to-head conflict a climate debate would have, it does place the issue on its own primetime national stage — a far cry from where it was during the 2016 election. Plus, with only about 10 minutes per debate devoted to the issue so far this election cycle, seven hours is more than 10 times the number of minutes already spent talking climate.

The format promises to give candidates the opportunity to get into the nitty-gritty of their plans, something that can be difficult during a debate, when candidates tend to prioritize one-upping one another and landing tweetable soundbites. In some ways, you couldn’t ask for a better way to go in depth and separate the climate wonks from the pretenders.

Still, seven hours of climate policy talk in one go poses the question: Will anyone — besides us, obv — actually tune in for the whole thing?

Tropical Storm Dorian is churning west toward several Caribbean islands, including Puerto Rico and the U.S. Virgin Islands, bringing heavy rain and sustained winds up to 70 mph. It’s expected to make landfall in Puerto Rico this afternoon. Trump took to Twitter to urge Puerto Ricans to give Federal Emergency Management Agency responders “a big Thank You – Not like last time.” Meanwhile, the Trump administration is planning to shift at least $155 million in FEMA disaster funding to immigration courts at the Mexican border.

The Amazon is thousands of miles away, but some of the forces destroying it are based closer to home. One of the top culprits in the ongoing destruction of the rainforest is a U.S. investment firm, The Blackstone Group, run by the billionaire Stephen Schwartzman, a close adviser to Donald Trump and a major donor to Senate Majority Leader Mitch McConnell and some of the country’s best-known institutions.

Tricks of the trade