It’s Tuesday, August 27, and Trump’s trade wars might actually be good … for the planet. 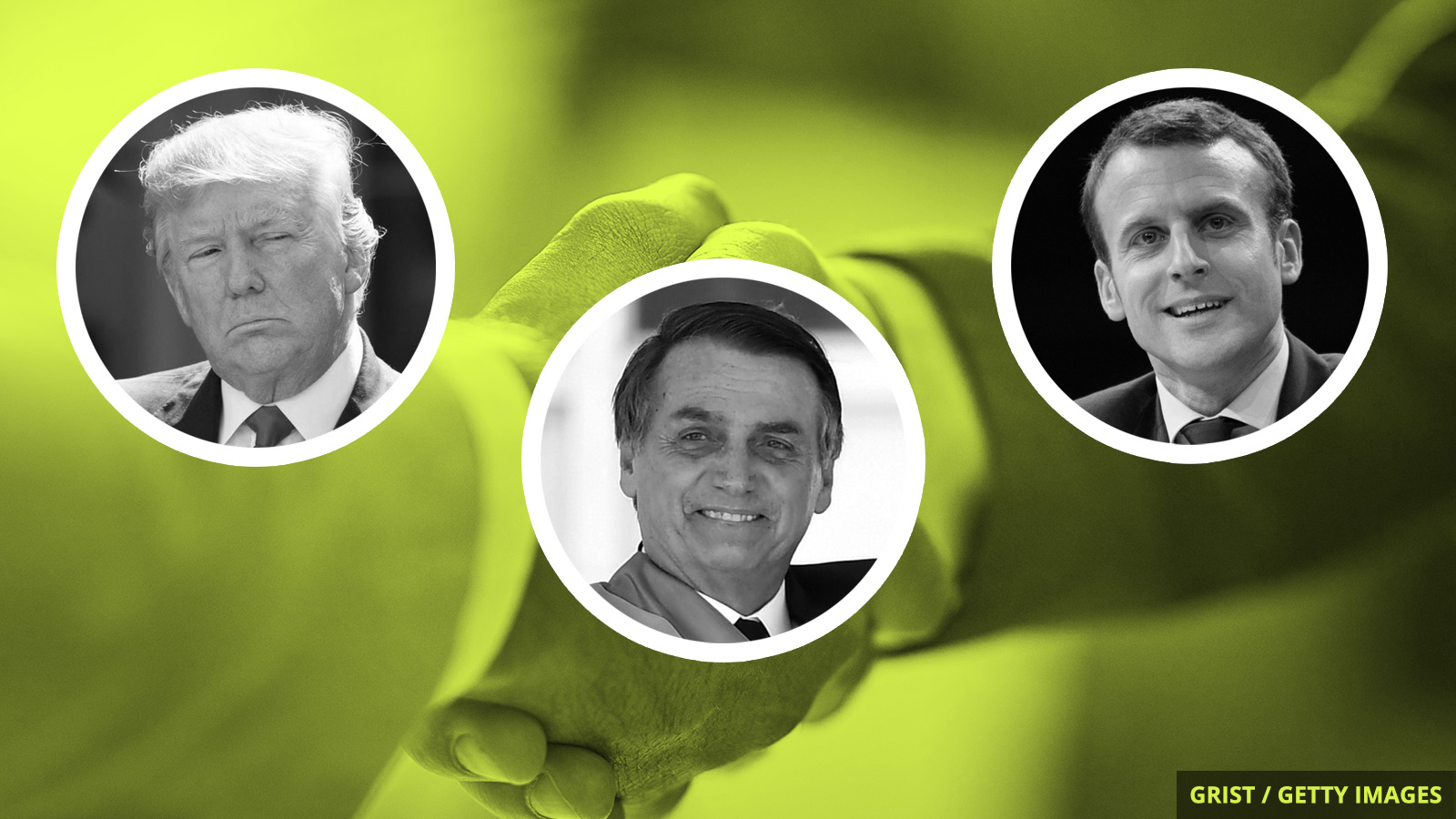 You might not believe this, but President Trump’s repeated efforts to escalate the U.S.-China trade war have actually inspired a new climate-friendly diplomacy across the Atlantic Ocean.

As vast swaths of fire blanketed the Amazon rainforest, the European Union last week threatened to ban imports of Brazilian beef if the country’s president, Jair Bolsonaro, didn’t take action to stop the fires. The gambit worked. With the G7 climate meeting looming, Bolsonaro gave in and deployed over 40,000 troops to stop the blaze.

The EU’s trade threat is small potatoes compared to Trump’s successive rounds of tariffs on China, but TIME’s Justin Worland points out that it represents an “important development in the fight against climate change.” Global leaders are starting to see trade as a tool to push other countries to act on the climate crisis, now that Trump has normalized the use of previously unthinkable and combative trade policies.

As some countries push to transition to clean energy, global leaders who are setting rules to reduce their own emissions might use trade threats to crack down on others who have yet to institute measures to reduce carbon emissions. Democratic primary candidates, like Joe Biden, have even floated the approach in regards to trade with China.

“Previously politicians didn’t want to reach for those kinds of weapons, but we’re in the Wild West now,” Aaron Cosbey, a researcher at the International Institute for Sustainable Development told TIME. “Trade has powerful potential.”

At the G7 meeting on Monday, world leaders made a plan to release $22 million in aid to help countries battling the fires in the Amazon. There’s just one problem: Brazil doesn’t want the money. President Jair Bolsonaro of Brazil took to Twitter on Monday to denounce the aid package. By Tuesday morning, however, Bolsonaro had calmed down and said he would accept the aid, if French President Emmanuel Macron took back “insults made to my person.”

Climate change will alter the composition and size of the planet’s oceans, but the armed forces who sail those seas are no longer interested in preparing for those consequences. In March, the Navy quietly killed its climate change task force, an initiative set up under President Obama. Navy officials told reporters the task force’s mission is “no longer needed.”

Speaking of rising seas, Indonesia is planning to move its capital to the island of Borneo, President Joko Widodo announced Monday. Countries aren’t normally in the habit of relocating their capitals, but Indonesia’s current one, Jakarta, is considered one of the fastest-sinking cities in the world. Half of Jakarta’s land mass is already under water.

World leaders pledge to save the Amazon