It’s Tuesday, August 21, and the Big Apple plans to take a big bite out of its CO2 emissions. 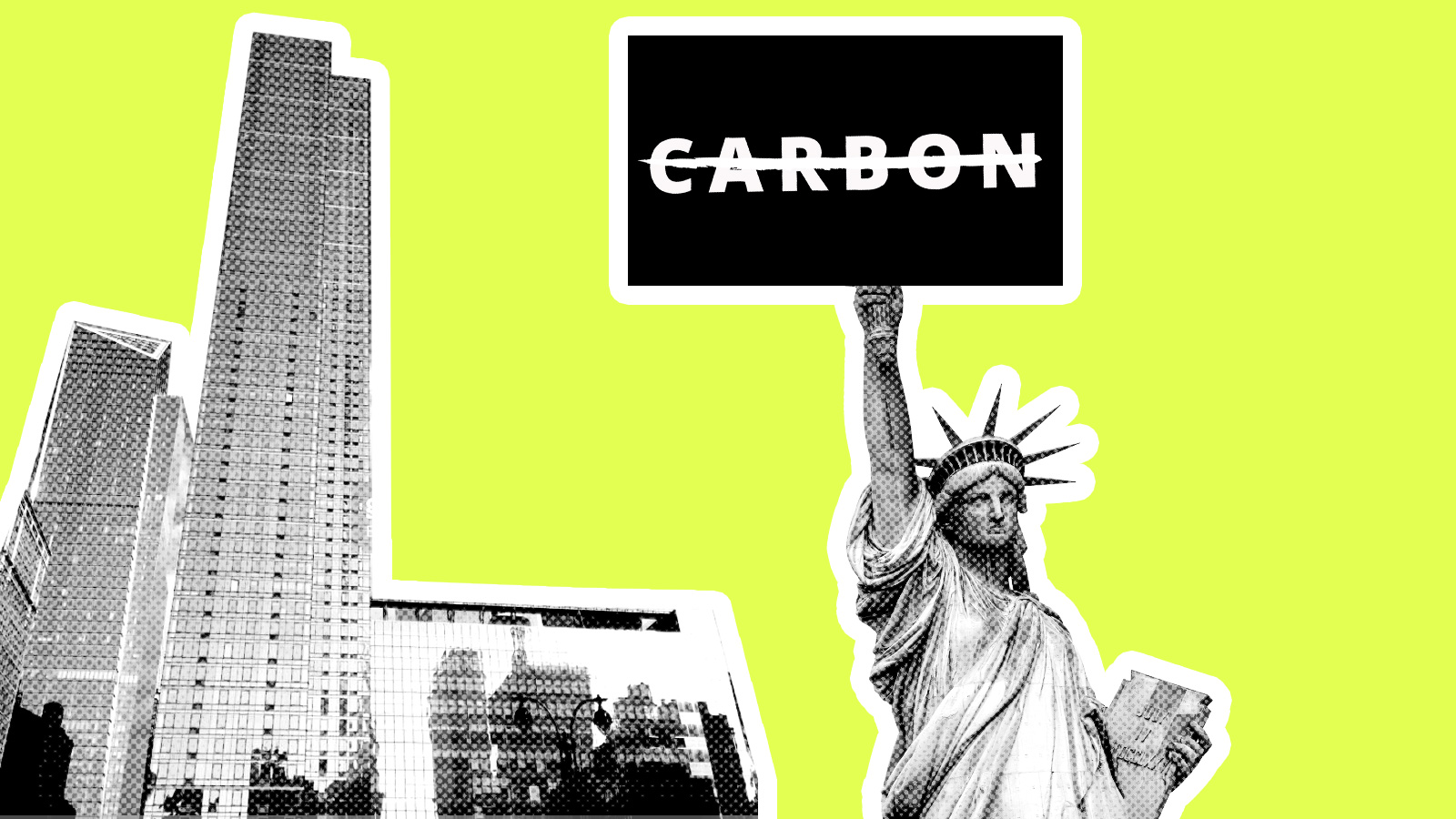 New York City doesn’t exactly look pristine, but it was actually voted the most sustainable city in the U.S. in 2016. Now, it could get even greener. An NYC lawmaker announced legislation yesterday that could take the city one step closer to reducing its carbon dioxide emissions 80 percent by 2050, a goal the city government set in 2017.

The effort is spearheaded by City Councilmember Costa Constantinides of Queens. It’s hard to get New Yorkers to agree on anything, but the bill was a joint effort between environmental groups, the city’s real estate lobby, affordable housing organizations, and more. If it gets the green light, the legislation would be among the first of its kind in the world.

The draft bill would require big buildings — especially luxury towers — to significantly cut down on energy usage. That would make a big impact on the city’s total carbon emissions. Keeping buildings warm and bright produces a ton of pollution — nearly 70 percent of NYC’s overall emissions. And luxury towers like Trump’s high-rises are the worst offenders.

The bill would force the city’s biggest buildings to cut emissions 20 percent by 2030, and an additional 40 to 60 percent by 2050. The groups behind the bill say that those reductions, paired with an increase in the amount of renewable energy hitting New York’s grid, will get the city to its climate goal. “If we are going to make a real impact on climate change, it’s going to be on buildings,” Constantinides said at a press conference at City Hall on Monday.

The city’s mayor, Bill De Blasio, already tried twice to get New York’s big buildings to cut their energy usage, but no cigar. The mayor has already thrown his support behind Constantinides’ legislation. Maybe this bill will stick, Bill!

Today, the Trump administration unveiled the “Affordable Clean Energy” rule,” its plan to give states the ability to set coal-fired power plant emissions standards. Gina McCarthy, former EPA head under Obama, told NPR that the plan would allow states to do very little, even nothing, to reduce emissions. The “clean” part of the title is a misnomer — the EPA itself said the plan would result in more emissions and up to 1,400 premature deaths each year by 2030. In contrast, the rule it’s replacing, Obama’s Clean Power Plan, would have cut emissions and avoided up to 3,600 premature deaths annually by the same year.

Drifting smoke from wildfires in Washington, British Columbia, and California is making the air quality terrible in the Evergreen State. Yesterday morning in Spokane, the air was more dangerous than Delhi and Beijing combined, ThinkProgress reports. Seattle air quality was the worst it’s ever been. Need a visual? Watch downtown Seattle “disappear” into thick smoke in a mini Grist video.

Thanks to heat waves and warm winds, even the Arctic’s thickest ice is cracking. Temperature spikes in February and August have caused an area off of Greenland dubbed “the last ice area” to break apart. It’s never happened in recorded history — until this year, when it happened twice. Now the ice has drifted off the coast and into the open water, where it’s more prone to melting.