It’s Monday, November 1, and France’s capital is getting a whole lot more bikeable. 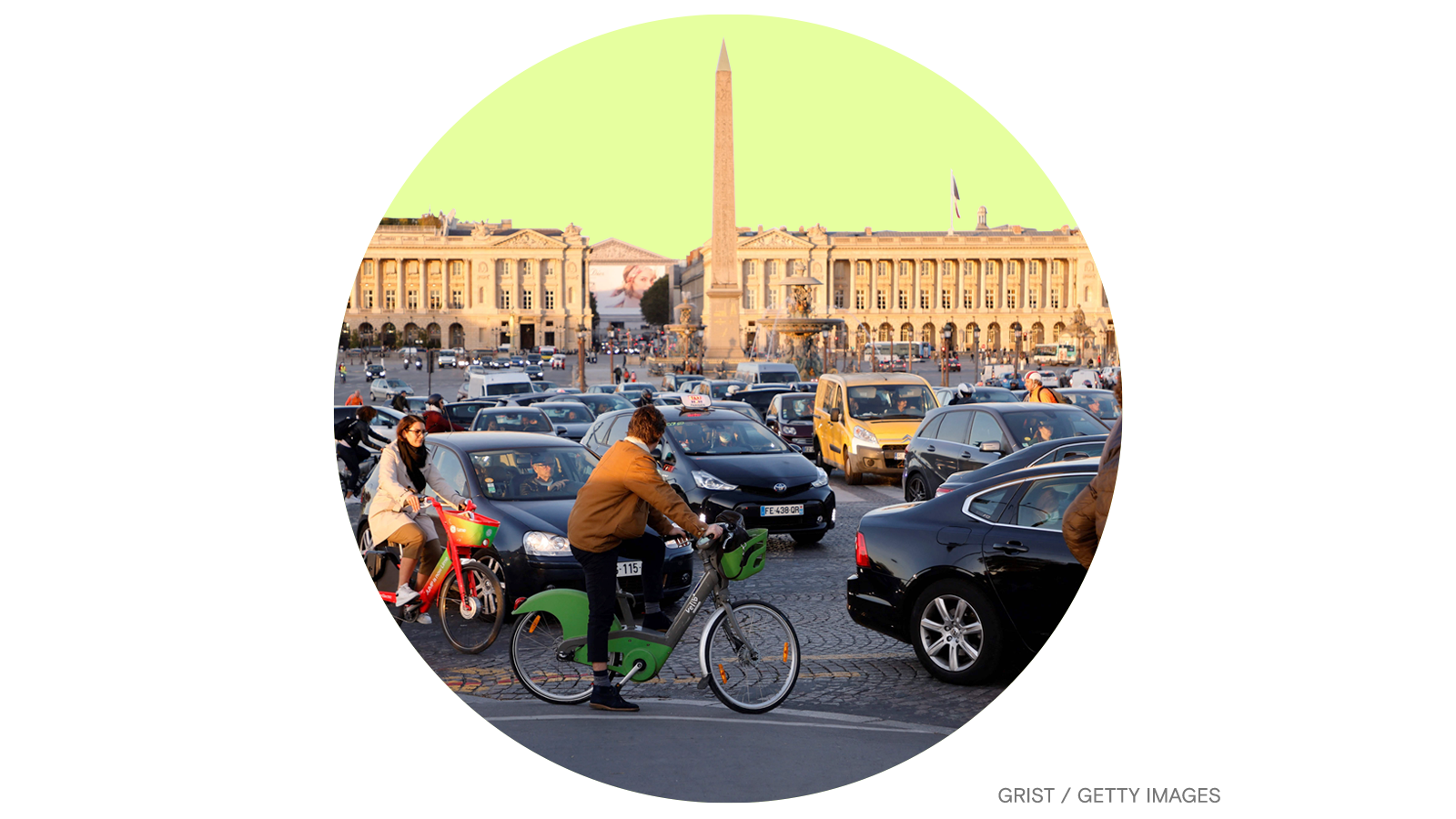 While the world’s eyes are on Glasgow — and the important COP26 negotiations — Paris officials announced last month a new bike plan that could make the city “100 percent bikeable,” according to David Belliard, the deputy mayor in charge of urban transformation. According to the plan, from 2021 to 2026, Paris will invest some $291 million in improvements to the city’s bikeability, adding 81 miles of new bike lanes and installing more than 130,000 new places for cyclists to park their bikes.

“I’m really impressed with the speed and the scale with which Paris is thinking about this,” Kyle Wagenschutz, vice president of local innovation for the Colorado-based nonprofit People for Bikes, told me.

Paris’ new plan to expand biking infrastructure builds on progress made previously in the city’s 2015 to 2020 cycling plan, which invested $174 million to double bike-lane mileage in the City of Light. That effort got a big boost during the early days of the COVID pandemic, when Paris accelerated the rollout of bike lanes for critical workers.

Now, the city is going far beyond infrastructure toward supporting the “cycling ecosystem” — for example, by funding the creation of workshops to help people to repair their own bicycles, and by starting bike learning programs in elementary schools.

As of 2019, nearly one-third of France’s greenhouse gas emissions came from transportation — mostly from cars. But Paris’ bike plan may help bring that share down as it disincentivizes driving. In 2020, for example, Paris decided to do away with 72 percent of its on-street car parking spaces.

“Paris’ transformation has been nothing short of phenomenal,” Jill Warren, CEO of the European Cyclists’ Federation, told me. “The 2021 to 2026 cycling plan represents a further leap forward and will make Paris even more attractive and livable as a cycling city.”

A win for the dusky gopher frog