It’s Friday, January 11, and 600 environmental groups sent a letter to Congress about the Green New Deal. 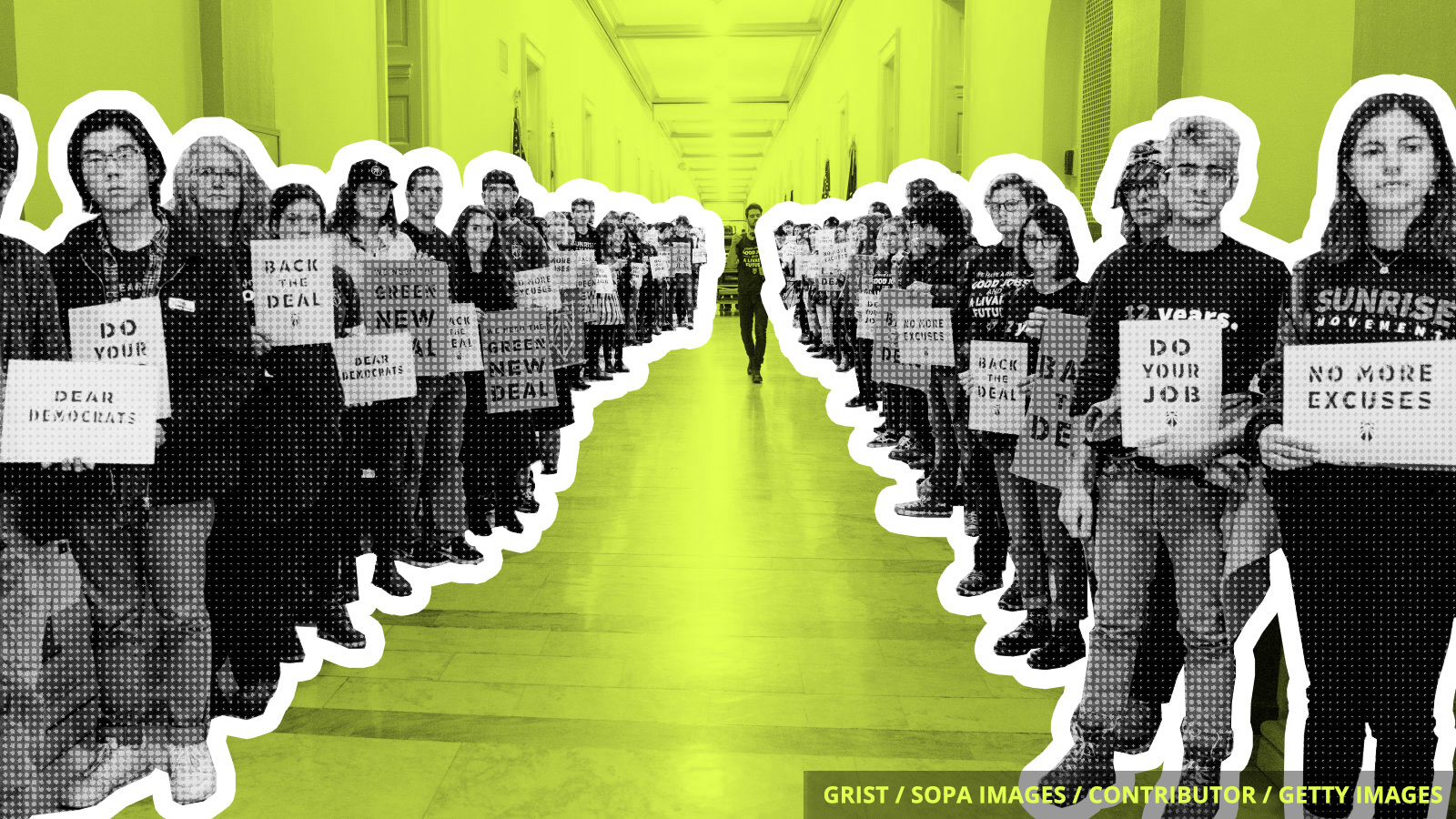 Congress is currently preoccupied with a fight over Trump’s plan for a $5.7 billion border wall, but hundreds of environmental organizations are laser-focused on defining the Green New Deal. And they think it’s time Capitol Hill got on board with their plan.

On Thursday, 600-plus groups including 350.org, Greenpeace, and the Sunrise Movement sent members of the U.S. House a letter with a list of carbon-cutting steps. This isn’t your typical advice to eat less meat, fly less frequently, or change your lightbulbs. It’s a batch of recommendations aimed at helping the country keep global warming below 1.5 degrees Celsius (2.7 degrees Fahrenheit) — the boundary between “bad” and “we’re so screwed, everybody get in your bunker,” scientists say (just not those exact words).

The letter also calls on representatives to shift to 100 percent renewable energy generation by 2035, put an end to fossil fuel subsidies, and consult indigenous groups on the best way to shift away from a carbon-based society.

Of course, not all green leaders find the letter’s recommendations ideal or even realistic. The letter calls for a halt to nuclear energy, garbage incineration, and biomass energy, which would throw some states off of their renewable energy targets. Maybe that helps explain why the Natural Resources Defense Council and the Sierra Club didn’t endorse the letter. Still, arguing the fine points of the letter is a debate that’s probably worth having.

As the government shutdown enters its 21st day, White House officials are reportedly considering using billions earmarked for disaster recovery to fund the border wall. Reports say they’re looking at raiding some of the $14 billion budgeted to repair infrastructure damaged by Hurricane Harvey in Texas and by Hurricane Maria in Puerto Rico, among other rehabilitation projects.

A group of international scientists argue in the journal Science that their analysis of recent data indicates oceans are heating up 40 percent faster, on average, than a United Nations panel estimated five years ago. Rising ocean temperatures threaten coral reefs and help make hurricanes more destructive.

The shutdown is also hindering the government’s ability to prepare for climate change and future disasters. The National Hurricane Center is unable to forecast the next hurricane season, the National Oceanic and Atmospheric Administration’s report on global warming will be short on its analysis, and NOAA scientists may have to limit their contributions to the Intergovernmental Panel on Climate Change’s special report on oceans.

Grist’s advice columnist has answered questions about green living and civic engagement since 2006. Now, she’s advising on life during climate change. Umbra is in the process of choosing from five questions submitted by readers like you! Follow this link to vote for your favorite.

What should Umbra investigate next? Vote on your favorite question here: https://t.co/wUKcTGGY6S

In Lieu of climate action