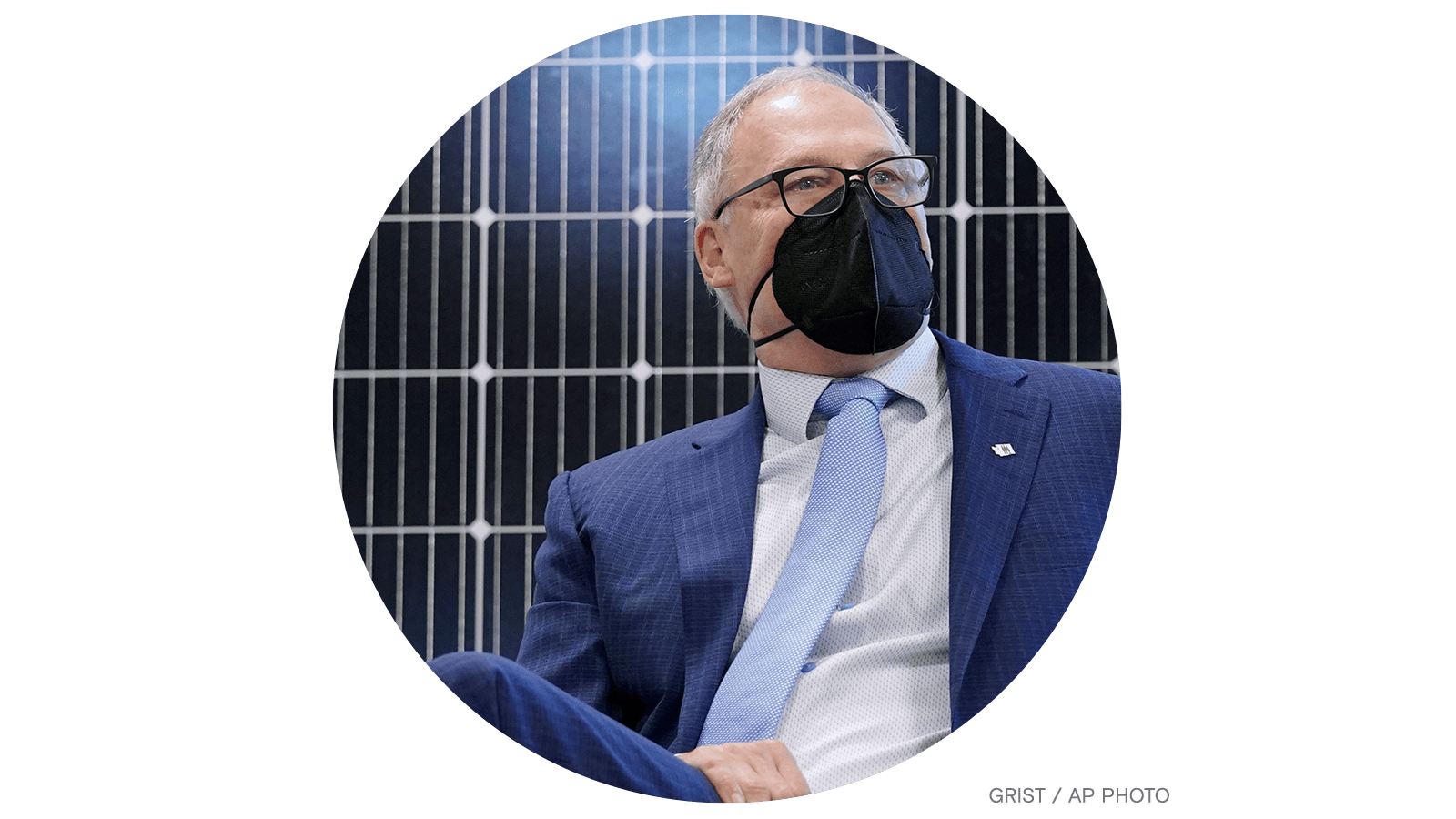 Washington state’s Democratic governor, Jay Inslee, unveiled on Monday an ambitious series of climate proposals for the 2022 legislative session. Covering everything from electric cars to clean buildings, the $626 million package is meant to help Washington fulfill its legal commitments to reduce climate pollution 45 percent below 1990 levels by 2030 and slash emissions 95 percent by 2050.

“Now is the time to act boldly and quickly — to protect the planet and to grow our economy with clean energy jobs,” Inslee said in a statement posted to his Medium site.

Among the package’s proposals is a program to spend $100 million a year on rebates for buying electric vehicles. Under the program, people who make less than $250,000 a year would be eligible for rebates of up to $7,500 for new EVs and $5,000 for used ones. An additional $5,000 would be made available to buyers who earn less than $61,000 a year.

Other parts of Inslee’s plan call for new funding to electrify state-owned vehicles and ferries, promote local jobs in renewable energy, and decarbonize buildings. There’s also a proposal for  a new oversight body to monitor emissions reductions implemented as part of the state’s recently passed Climate Commitment Act, which established a cap on climate pollution that declines over time.

The proposals are expected to face pushback next year from the Washington State Building and Construction Trades Council, which has already expressed concerns over what they will mean for workers in the fossil fuel industry. But environmental advocates applauded the package, calling it an affirmation of the state’s historic leadership on climate issues.

Pam Clough, an advocate with the nonprofit Environment Washington, said the package’s EV and building provisions were particularly exciting, although she added that there’s room for bolder action. “I wouldn’t want us to get complacent,” she told me, “but we’re excited to be working with the governor and the legislature to slash emissions next year.”

Climate change has destabilized the Earth’s poles, putting the rest of the planet in peril
Sarah Kaplan, The Washington Post
➤ Read more