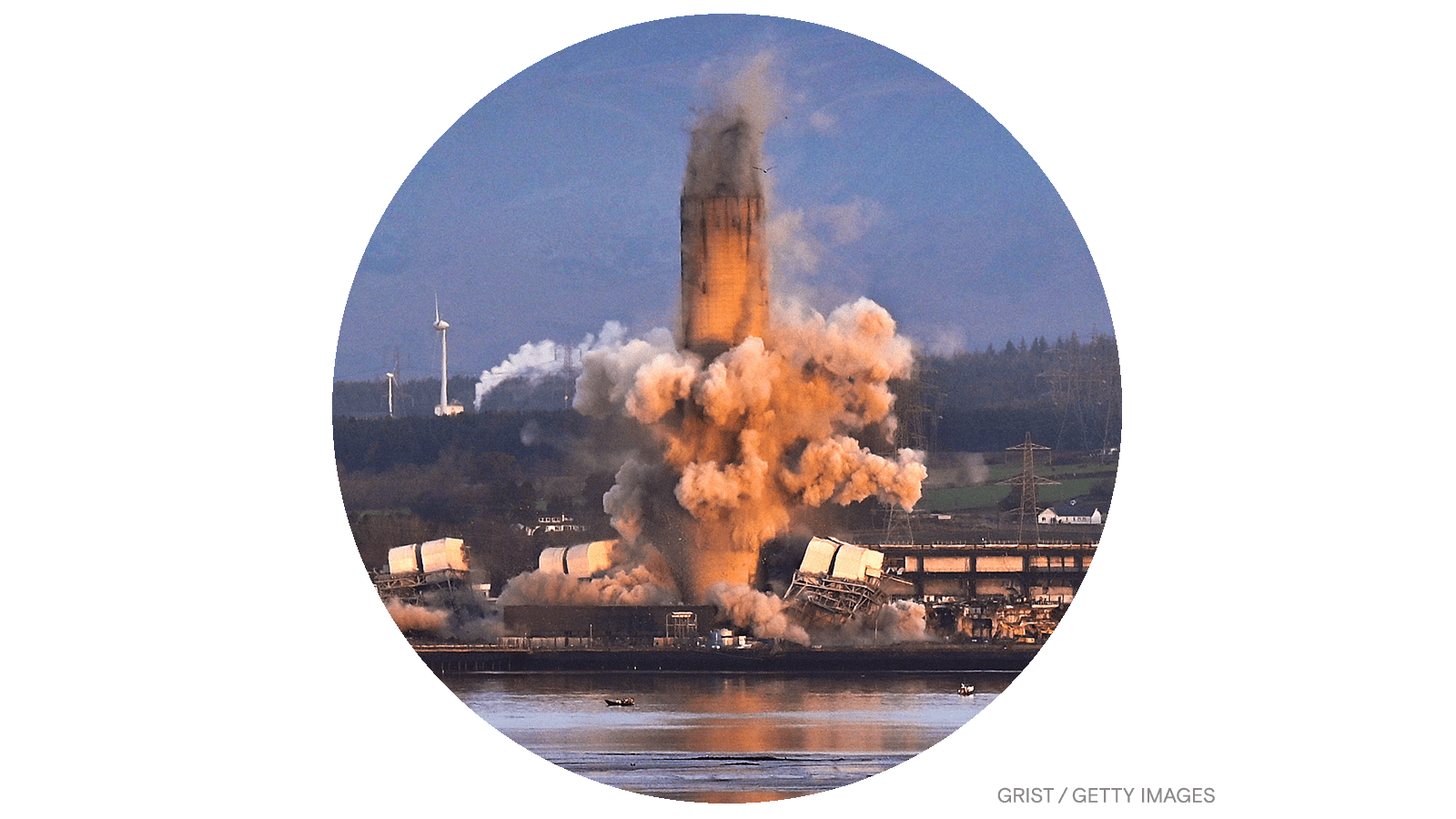 Scotland bade a symbolic farewell to coal-fired power generation last week as it demolished the chimney of its last coal plant.

The 600-foot Longannet chimney was Scotland’s largest freestanding structure, part of a coal plant that came into operation in 1970. It stopped generating power in 2016, but the chimney remained intact until last Thursday, when Nicola Sturgeon, Scotland’s first minister, ceremoniously detonated 1,500 pounds of explosives to bring the structure tumbling down.

“The demolition of the Longannet chimney todays [sic] marks the definitive end of coal power in Scotland,” Sturgeon wrote on Twitter. Scottish Power, the energy company that owned the coal plant and now generates only renewable electricity, delivered a similar message, projecting the words “make coal history” onto the chimney the day before it was knocked down.

Longannet’s demolition is aligned with Scotland’s economy-wide goal to meet 50 percent of its energy demand with renewables by 2030 and to become carbon neutral by 2045. In 2020, renewables met 97 percent of Scotland’s electricity demand, but the country’s heating and transportation remain reliant on fossil fuels. Toward that end, Sturgeon has promised increased investments in renewables, as well as hydrogen and energy storage, which she says will strengthen Scotland’s job market and energy security and bring “benefits for local communities.”

Although Scotland is no longer home to any coal-fired power generators, it still has one natural gas-fired power plant, in Peterhead, Aberdeenshire. And there are still several coal plants across the rest of the United Kingdom, since the British government’s deadline to go coal-free isn’t until October 2024.

Still, environmental advocates cheered the chimney’s toppling. “This is quite a major symbolic milestone,” John Bynorth, policy and communications officer for the nonprofit Environmental Protection Scotland, told me. “It sends out a message to the rest of the world that Scotland is really pushing to achieve its climate targets.”