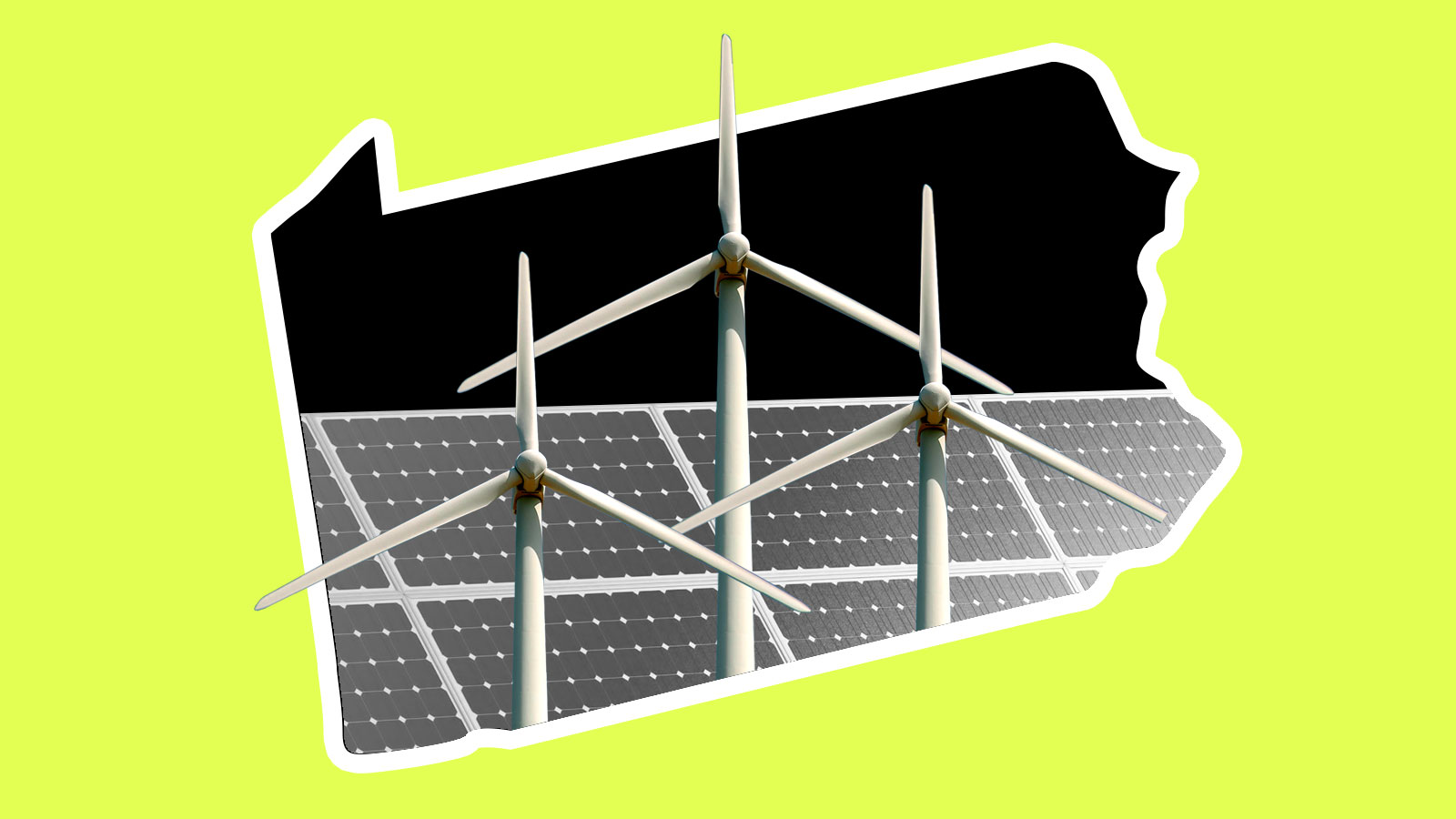 During the run-up to the 2020 presidential election, Donald Trump claimed that Joe Biden’s climate plans would cost Pennsylvania up to 600,000 fracking jobs. But a new report conducted by the University of Massachusetts Amherst shows that green energy investment in the Keystone State could actually create an estimated 2.4 million jobs over the next decade. These jobs would be in sectors ranging from environmental science to agriculture, supporting goals like creating clean infrastructure, restoring land, and transitioning away from fossil fuels.

The report estimates that an average investment of $31 billion per year would be needed to produce these clean energy job gains. Though that sounds like a big number, it represents only 3 percent of Pennsylvania’s GDP. Such an investment would lower the presidential battleground state’s unemployment rate from 7 percent to 3 percent, according to the study.

The report was released on the heels of last week’s so-called climate day, when President Biden issued a flurry of climate- and energy-related executive actions. Biden emphasized the economic opportunity of clean energy jobs when announcing his executive orders. “When I think of climate change and the answers to it,” he said in an address, “I think of jobs.” The executive orders signed by Biden included coordinating investment into communities transitioning away from fossil fuels and accelerating the permitting and siting of clean energy projects.

At least 494 people died of heat-related ailments in Arizona in 2020, a “staggering increase over previous years,” according to a heat and health scientist at Arizona State University. There were more than 300 heat-linked deaths in Maricopa County, where Phoenix is located, alone. Last summer marked Arizona’s hottest and driest summer on record.

On Friday, Michigan’s environmental agency approved key permits for the construction of an underground oil pipeline tunnel to replace Enbridge’s existing Line 5 pipeline in the straits connecting Lake Michigan and Lake Huron. Governor Gretchen Whitmer, along with native tribes and environmental groups, claim that the pipeline could pollute the lake waters and damage local ecosystems.

Texas Governor Greg Abbott says he intends to sue the federal government in an attempt to stop President Biden’s plans to transition away from oil and gas. “We’re here for a singular purpose today: to make clear that Texas is going to protect the oil and gas industry from any type of hostile attack launched from Washington, D.C.,” Abbott said to industry leaders last week.