It’s Monday, November 12, and the midterms may spur climate policy in these 6 states. 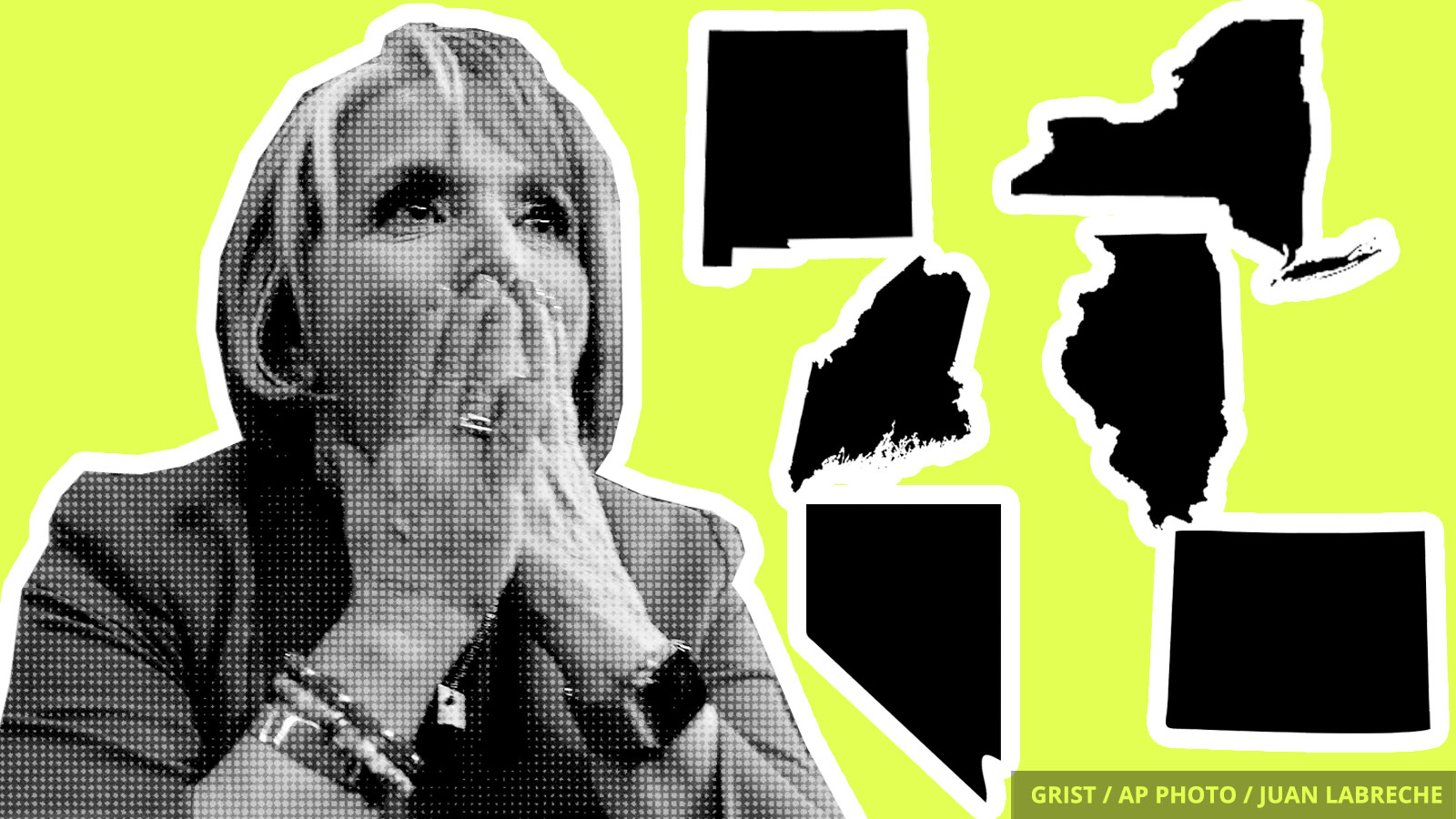 Look, Election Day didn’t produce a blue tidal wave or whatever, but if you take a peek beneath the shiny exterior of state-level politics, you’ll see a lot of hopeful climate movement at the local level.

Climate-friendly Democrats won governorships and state legislatures across the country — in some cases, both at the same damn time! Here are the states that put climate front and center on Tuesday.

Colorado: Governor-elect Jared Polis has a big plan to shift his state to 100 percent renewable energy by 2040. If successful, it would be the most aggressive state-level environmental policy in the country.

Illinois: Newly elected Governor J.B. Pritzker is all about the renewables. He wants to commit to 25 percent clean energy by 2025, significantly bumping up the state’s previous target of 15 percent.

New York: Governor Andrew Cuomo, now working with a flipped state senate, has some extra room to make good on his environmental promises this term. He’s got plans to put the state on a path to 50 percent renewables by 2030 — a bill he’s been trying to pass for a while now.

Maine: Janet Mills, Maine’s first female governor, wants to slash the state’s emissions 80 percent by 2030. And she’s all about that wind power!

See? Politics ain’t all bad. Some of it, especially when you zoom in, looks almost hopeful.

The Camp Fire, one of three wildfires currently devastating California, is now the deadliest in the state’s history. As of this morning, the death toll has risen to 31 and 228 people remain missing. The fire has destroyed the town of Paradise, which was home to 26,000 people, and burned more than 6,700 buildings. Only 25 percent of the fire is contained, according to CNN. In the Southern California, hurricane-strength Santa Ana winds are expected to help spread the Woolsey and Hill fires, which have collectively destroyed 179 structures.

As the catastrophic wildfires continued to ravage California, President Trump took to Twitter on Saturday to blame the state for the tragedy. “There is no reason for these massive, deadly and costly forest fires in California except that forest management is so poor,” Trump tweeted. In response, many Twitter users, including California Senator Scott Weiner, pointed out that the federal government owns 57 percent of the state’s forested land.

Residents of Union Hill, Virginia, are raising environmental justice concerns over a proposed gas pumping station in the historically African American community. Following a packed public hearing on Friday, pollution regulators decided to delay the vote on a permit for the facility, a component of the 600-mile Atlantic Coast Pipeline, the Washington Post reported. State law requires that facilities not disproportionately impact vulnerable communities.

Trump forgot one crucial thing when he approved Keystone XL