It’s Tuesday, July 24, and one farmer is going whole hog on reducing his farm’s climate impacts. 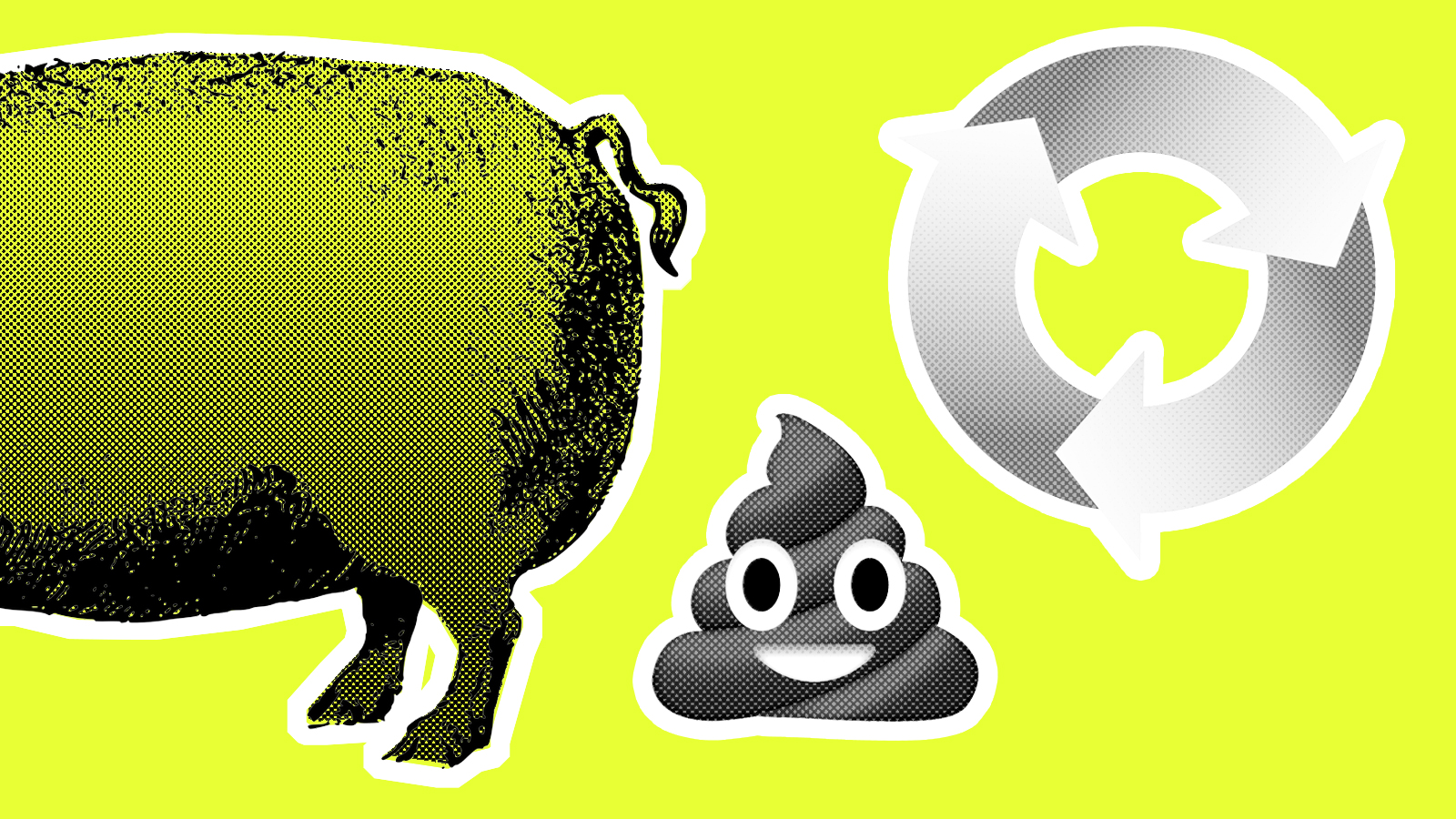 Farmer Tom Butler spent more than a decade trying to figure out what to do with the swamps of manure his 8,000 hogs produced. Poop lagoons, a feature of virtually any large-scale meat farm, give off a terrible stench and emit vast quantities of carbon dioxide and climate-harming methane — a greenhouse gas that’s 25 times more potent than CO2.

Luckily, writes Lyndsey Gilpin in the Daily Beast, Butler figured out a way to harness that poop and turn it into renewable energy. His story could inspire other farmers to do the same … if the process of turning poop into energy gets more affordable.

Here’s how he did it: First, Butler covered his poop swamps so that less methane escaped. But in any covered poop pit, manure will separate into solids and liquids, and the latter will start to evaporate, escaping through cracks in the covering. That’s a big problem! Butler installed something called an “anaerobic digester,” an expensive machine that mimics a biological digestive system in order to break down biodegradable material and turn it into biogas. In other words, it turns animal waste into farts that can power homes.

Butler says the process burns about about 6,000 tons of greenhouse gases. He sells that energy to the electric grid. His farm’s air quality has also improved by 90 percent. Not bad, huh?

So, why doesn’t everyone do this? The issue is that the technology will remain super expensive until the big wigs in the ag industry invest in it — that’s how new tech becomes scalable. Smithfield Foods, the world’s largest producer of pork, has already launched biogas initiatives in the Midwest. And Duke Energy plans to buy that gas to power roughly 1,000 homes every year.

Manure might not be the top renewable energy choice for farmers right now, but over time it might become a solid No. 2.

Speaking of smog, the Trump administration is taking aim at California’s fuel emissions standards. Bloomberg News reports that the EPA will announce a proposal later this week to revoke California’s Clean Air Act waiver — which allows the state to regulate vehicle emissions in the state at a higher level than the rest of the country. The EPA wants to slash Obama-era emissions standards, while the Golden State wants to push them forward. This creates some uncertainty for automakers. They better buckle up for a wild ride, because this drama is headed to the courtroom.

Not only does the United States incarcerate more people than any country in the world, a new report shows that we imprison them on toxic waste sites. You read that right. Prisons across the country are located on top of or next to Superfund sites, coal-ash dumps, and nuclear waste disposal zones, reports the Outline. Prisoners, and in some cases detained immigrants housed in similar facilities, have developed respiratory problems, stomach ulcers, and cancer.

Land and environmental activists are increasingly paying with their lives. Watchdog group Global Witness estimated that last year, 207 people were killed protecting land from industrial agriculture and mining interests. In the Philippines, activist killings jumped from 28 to 48 deaths — likely connected to the brutal reign of President Rodrigo Duterte, who has used large-scale military force to wage a brutal “drug war” and expand land-hogging agribusinesses.

the kids are alright

I spent most of my childhood doing jigsaw puzzles and playing The Sims — not really as cool as the #ThisIsZeroHour team, who are just, you know, trying to save the world from existential doom. But never fear — if you’re like me and hoping to be inspired by hip, awesome, young people, we have just the video for you. Grist’s Daniel Penner and Greta Jochem put together this on-the-ground view from the Youth Climate March in Washington, D.C.

"This isn't a, 'happy-go-lucky, kids love the earth, isn't this cute' march." These teens are calling for national action on climate change and they took to the streets of Washington D.C. to do it. https://t.co/TblR5zYPFy #ThisIsZeroHour pic.twitter.com/YFR3YCF3te

Teens are calling for national action on climate change