It’s Wednesday, July 22, and British Airways is permanently grounding 10 percent of its planes. 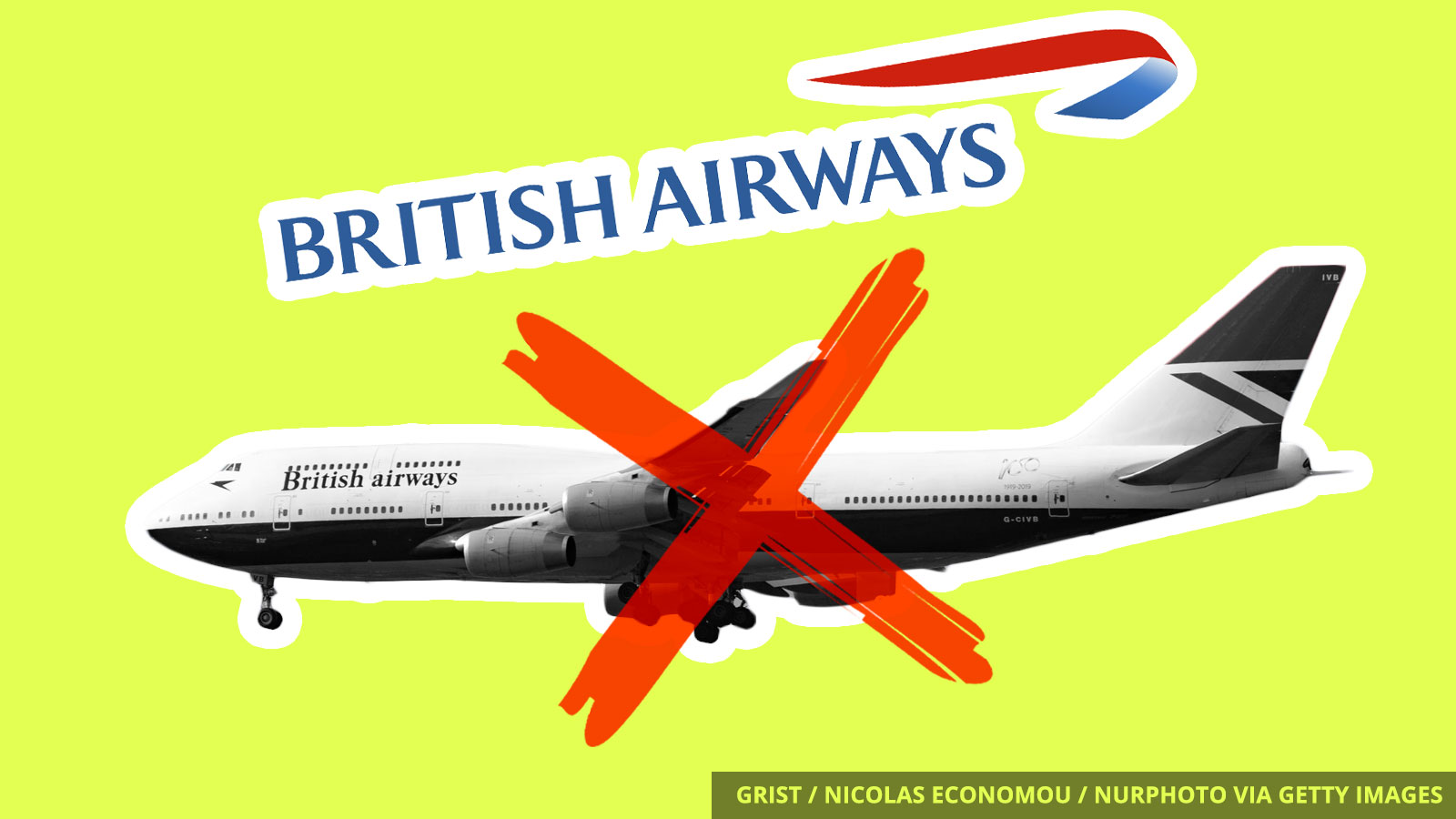 COVID-19 has taken a big bite out of travel demand, and British Airways is feeling the pressure. One of the U.K.’s biggest airlines announced last week that it will permanently retire all of its remaining Boeing 747s, pointing to plummeting passenger numbers and the aircraft’s high operating costs.

The 747 — once nicknamed “the queen of the skies” — was first released in 1969 and quickly became synonymous with luxury travel. (It came complete with an upper deck lounge known as “the club in the sky.”) In recent years, however, the planes have started to look obsolete; newer models, like the Airbus 350 and the Boeing 787 Dreamliner, have greater fuel efficiency and cost less to operate smoothly.

British Airways originally planned to retire its 747s — there are 31 in total, and they make up about 10 percent of the airline’s total fleet — in 2024, in keeping with parent company IAG’s goal of net-zero carbon emissions by 2050. But the COVID-19 pandemic accelerated that timeline, as IAG struggled to cope with $1.8 billion in losses during the first quarter.

It’s a loss for British Airways, but it’s a win for the climate: A flight from London to Edinburgh, Scotland, on a 747 emitted the same amount of carbon dioxide as 336 cars traveling the same distance.

The speaker of the Ohio House of Representatives and four others were arrested yesterday for allegedly accepting $60 million in bribes tied to a taxpayer bailout of Ohio nuclear power plants. U.S. Attorney Dave DeVillers called the case the largest bribery case that had “ever been perpetrated against the people of the state of Ohio.”

Natural gas flaring last year increased to the highest levels recorded since 2009, according to new estimates from the World Bank. Gas flaring, which takes place at oil production sites and releases carbon emissions, rose globally by 3.5 percent from 2018 to 2019.

Tropical Storm Gonzalo is expected to become a hurricane on Thursday and is the Atlantic hurricane season’s earliest recorded “G” storm, breaking the record set by Tropical Storm Gert in 2005. Four other storms so far this year have set the record for being the earliest named storms of their place in the alphabet.