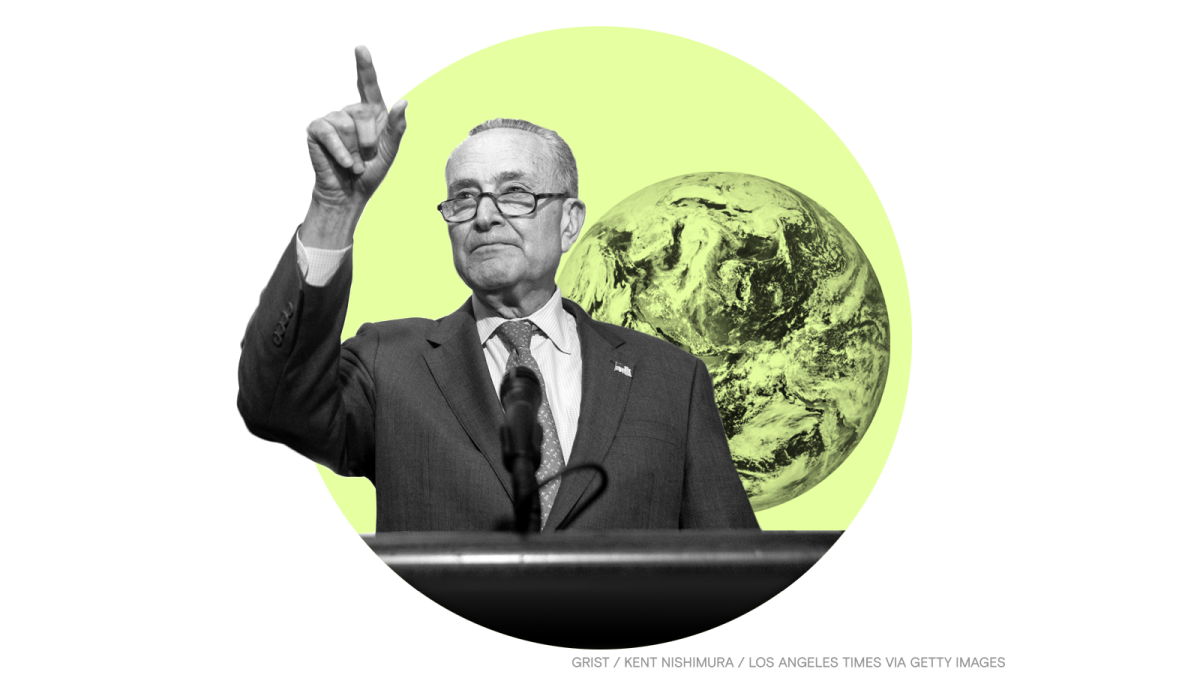 Yesterday, in the wake of the new U.N. climate report, Senate Democrats unveiled the blueprint for a $3.5 trillion budget bill to invest in social and environmental programs. The proposed legislation includes approximately $400 billion targeted toward climate-related efforts.

“The budget reconciliation bill will do more to combat climate change than any legislation ever, ever in the history of the Senate,” said Senate Majority Leader Chuck Schumer, a Democrat from New York.

According to an outline of the bill, $198 billion would go toward financing clean electricity, including domestic manufacturing and the supply chain of clean technologies and materials. In addition, around $135 billion is slated to go toward agricultural programs, such as wildfire prevention, forestry and conservation, and funding a Civilian Climate Corps, NPR reported. Another $67 billion would be funneled into environmental justice programs, including clean water and solar power for low-income communities and financing green buildings and cleaner vehicles.

More broadly, the proposal includes improvements to health care, education, housing, and immigration services. To pay for all this, the bill suggests increasing taxes on the wealthiest Americans and on corporations, as well as putting a fee on imported, carbon-emitting fuels.

The proposed legislation’s text, which has been in the works since July, is expected to be fully fleshed out by mid-September.

Wildfires have consumed hundreds of thousands of acres of forests in Greece in what Prime Minister Kyriakos Mitsotakis has called a “natural disaster of unprecedented proportions.” Fueled by a historic heat wave across southern Europe, 586 blazes have raged in Greece over the past few days, razing olive and fig orchards and scorching more than half of Evia, the country’s second-largest island.

Smoke from wildfires in northeastern Siberia has traveled more than 1,800 miles to reach the North Pole — “a first in recorded history,” according to NASA. The fires continue to burn over an 8.4 million-acre area, blanketing most of Russia in smoke and creating toxic “airpocalypse” conditions for local residents.

Fifty-eight percent of Hawaii’s roads and more than 76 percent of its bridges are under threat from climate change, according to a new report from the state’s Department of Transportation. Storm surges, tsunamis, and wildfires have already begun to stress the Aloha State’s infrastructure, highlighting the need for further investments in climate resilience.