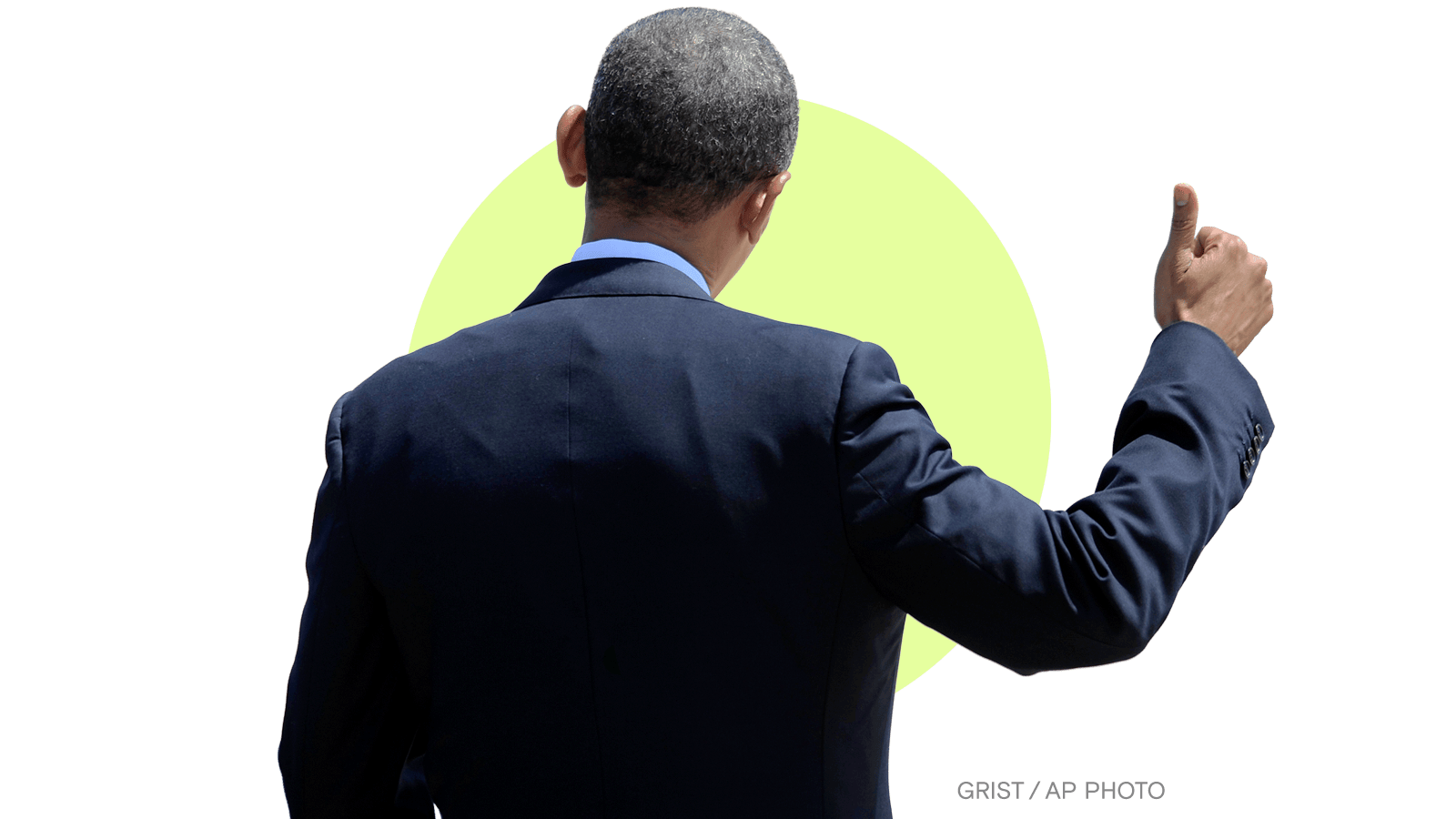 The U.S. isn’t on track to meet the Biden administration’s greenhouse gas reduction targets, but some good news came last week: According to data from the Environmental Protection Agency, the country hit an Obama-era climate goal by a comfortable margin.

In 2020, U.S. emissions were 21.5 percent lower than they were in 2005, according to a draft emissions inventory released last week by the EPA. That’s 4.5 percentage points better than the 17 percent reduction the Obama administration promised at the U.N. climate summit in Copenhagen in 2009.

“There is no time to waste,” then-President Barack Obama told summit attendees that year. “We have charted our course, we have made our commitments, and we will do what we say.”

But it wasn’t entirely thanks to the U.S. government. A large chunk of the emissions reduction logged by the EPA stemmed from the economic downturn sparked by the COVID-19 pandemic. Between 2019 and 2020, U.S. emissions declined by more than 9 percent as public health–related lockdowns kept cars off the streets and reduced electricity demand.

That’s not to say that the federal government had no effect on emissions. Clean energy tax credits embedded in the Obama administration’s 2009 American Recovery and Reinvestment Act, for example, likely helped facilitate the power sector’s transition away from coal and toward renewables. More stringent energy efficiency standards for household appliances have also helped bring down U.S. emissions, the EPA said.

The U.S.’s next major target, announced by President Joe Biden in April, is to reduce greenhouse gas emissions 50 percent below 2005 levels by the end of the decade.

Climate Action Tracker, a research project that analyzes countries’ climate commitments, has called this a step in the right direction but argues that the country’s historical emissions require it to make even deeper emissions cuts.

“If all countries were to follow the U.S. approach,” Climate Action Tracker says in its analysis of U.S. climate targets, “warming would reach up to 3 degrees C.”

Who’s in charge of fixing the environment in eastern Oklahoma?
Tristan Ahtone and Allison Herrera, Grist and Newsy
➤ Read more

What do the protectors of Congo’s peatlands get in return?
Ruth Maclean and Caleb Kabanda, The New York Times
➤ Read more

The road to a greener future is paved with … diapers?