It’s Tuesday, February 22, and Wales has found a surprising way to reuse diapers. 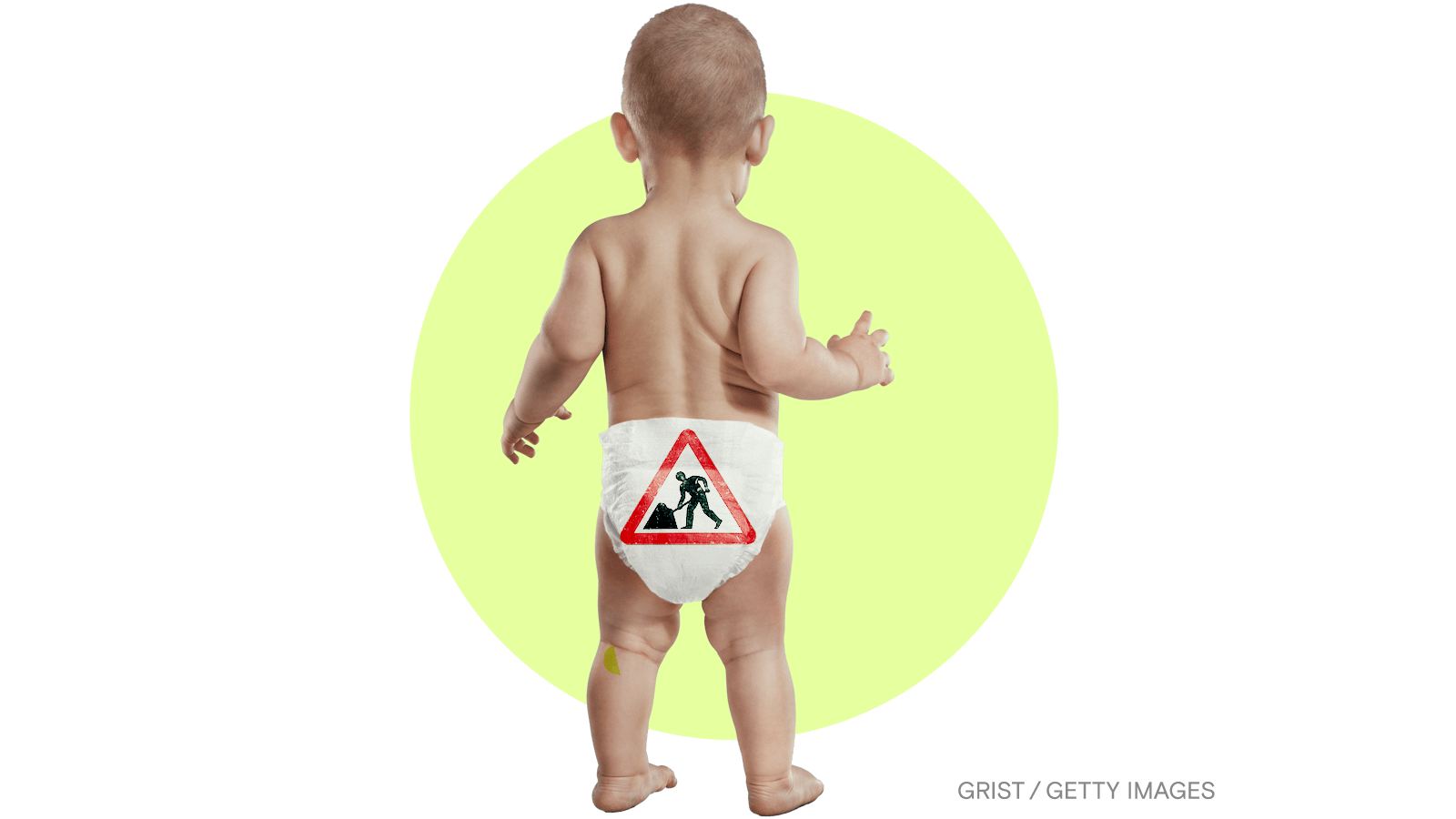 A pilot project in the U.K. is giving a second life to used diapers — by turning them into a road.

More than 100,000 disposable diapers are being used to help resurface a 1.5-mile stretch of highway in Llanarth, Wales, as part of an effort to reduce the amount of municipal waste that is sent to the landfill. The project is a public-private collaboration between the Welsh government and a company called NappiCycle, whose aim is to repurpose used diapers — or “nappies,” as the British call them — into roadways, building insulation, and other products.

“What has traditionally been viewed as a waste product has now become a resource,” NappiCycle says on its website.

To make this transformation possible for the project in Llanarth, used diapers were collected, rinsed, shredded into pellets, and mixed with asphalt. Workers then spread the mixture over the road to create a “diaper highway” — a misleadingly evocative name. Many locals were oblivious that the road contained tens of thousands of spent diapers, even after driving on it. Ben Lake, a local member of Parliament, confirmed that it smells pretty normal, too.

According to the project’s advocates, the expansion of diaper highways could help address a growing problem in Wales and around the world. Across the U.K., some 3 billion diapers are thrown away each year. In the U.S., that number is 20 billion. These diapers mostly end up in landfills, where they can take up to 500 years to decompose, releasing methane and other harmful gases in the process.

For now, cloth diapers may still hold the upper hand when it comes to life-cycle environmental impact. But Jason Hallett, a professor of sustainable chemical technology at Imperial College London, suggested that nappy highways could at least make diapers “less environmentally damaging” by diverting them from the landfill.

Diaper highways give ”more options for end-of-life uses for plastic in nappies,” he told the Washington Post.

At the Sierra Club, a focus on race, gender, and the environment, too
David Gelles, The New York Times
➤ Read more

Coal is going down … under