It’s Monday, October 15, and the media have started asking questions about climate change. 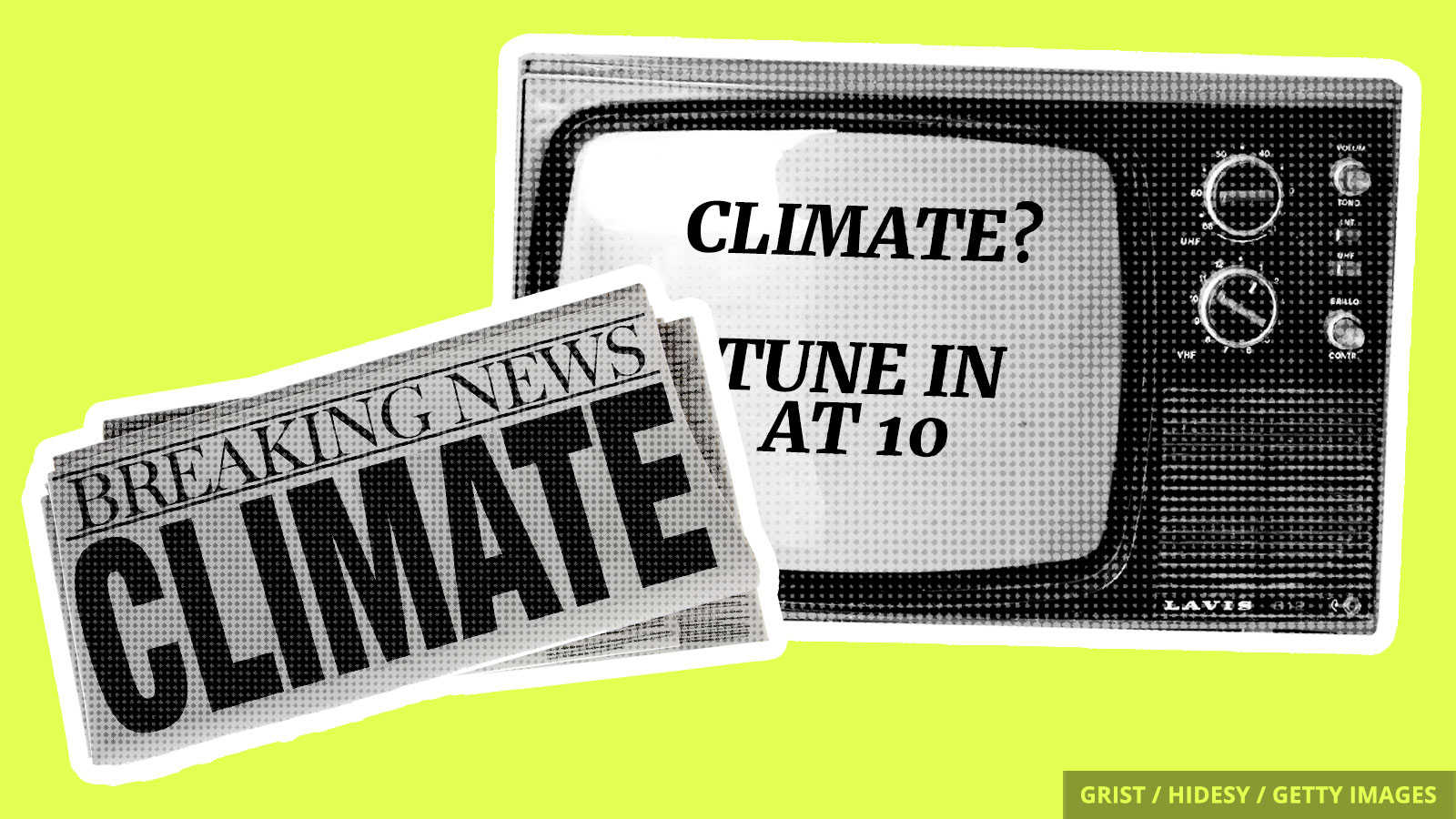 Last week, in the wake of the latest U.N. report, the Washington Post’s Margaret Sullivan issued a challenge to journalists: Climate change, she said, must be kept front and center with the pressure on and the stakes made abundantly clear at every turn.”

The U.N. report’s alarming message that we have essentially a decade to take meaningful action on warming combined with Hurricane Michael ripping through the Southeastern U.S. ensured that the media couldn’t avoid talking climate change this weekend. CNN’s Jake Tapper and CBS’s John Dickerson asked Florida Senator Marco Rubio directly about the impact of climate change on storms like Michael. ABC’s George Stephanopoulos asked White House economic advisor Larry Kudlow if the president would act on warming. And in her 60 Minutes interview with President Donald Trump, Lesley Stahl asked him point blank: “Do you still think that climate change is a hoax?”

Surprise! Trump walked back his hoax stance. But then he questioned the political motives of scientists, humanity’s role in causing climate change, and whether the warming trend would continue. Similarly, Rubio suggested that policies to address climate change were a danger to the economy. Kudlow, with denier cred in place of expertise, said the U.N.’s assessment was an overestimation. (In what was very nearly a televised debate on climate change, Vermont Senator Bernie Sanders appeared later on Stephanopoulos’ show calling Kudlow’s comments “irresponsible” and “dangerous.”)

If you were looking for a chink in the GOP’s armor of denial, it came from a familiar source: Arizona Senator Jeff Flake. On the topic of climate change, Flake told Stephanopoulos that “Republicans need to be at the forefront if we want to keep our place and keep our seats.” (Flake is notably not seeking re-election.)

The point here is the media (beyond Grist) are now pressing politicians about climate change. If this keeps up, it just might spur some movement toward the massive mobilization needed to get us out of the mess we’re in. Granted, a weekend of tough questions is just a start, but it’s also a reason to be hopeful.

The head of the Federal Emergency Management Agency called the destruction from Hurricane Michael “some of the worst he’s ever seen.” As of this morning, more than 250,000 residents are still without power, and search crews are still sifting through debris in search of the 30 to 35 people who remain unaccounted for, according to CNN. Today, FEMA said in a press release that they have performed 110 evacuations and 4,193 rescues and assists. Trump has plans to survey the destruction in Florida and Georgia later today.

A report commissioned by the Energy Department debunks the Trump administration’s central argument for taking “extraordinary measures to keep coal plants operating,” Bloomberg reported. So where is it? The report, completed six months ago, has yet to see the light of day, as its principal author tweeted on Friday. This news comes in the midst of debates in Washington over Trump’s proposed coal and nuclear bailout.

After the U.N. report and two powerful hurricanes, it requires some impressive mental gymnastics to maintain climate denial. Alternatively, you could just close your eyes. In a conversation with reporters on Friday, the head of the U.S. National Guard, Joseph Lengye, was asked how climate change contributed to recent storms. Lengye responded that storms “seem to be happening quite frequently — I’m not sure why,” according to Vox. Yes, Lengye is in charge of responding to hurricanes and disasters in the U.S.

Wyoming isn’t Cheyenne away from taking on methane