It’s Friday, September 21, and these science teachers are sick of the faux climate debate. 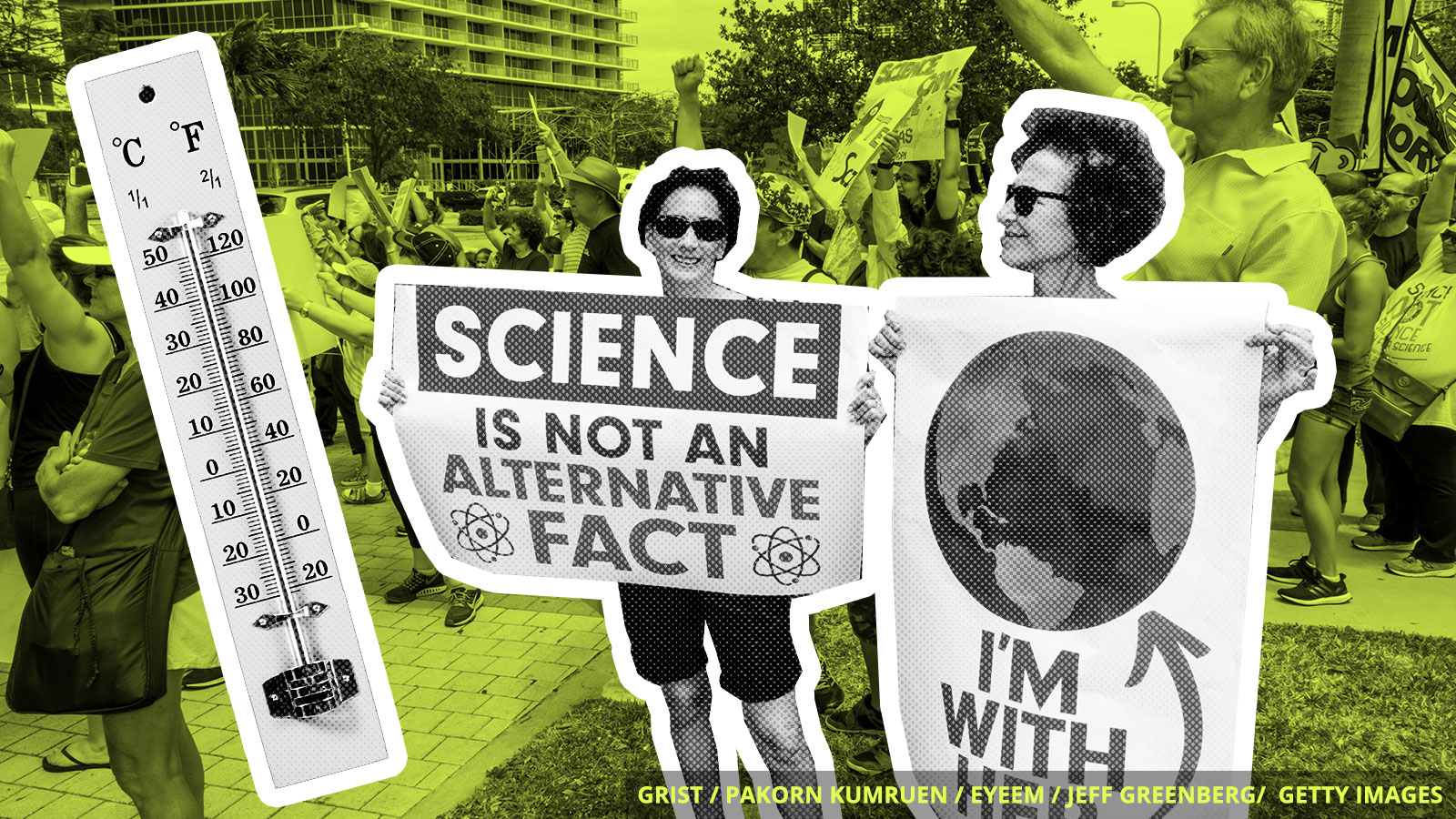 Policymakers should have acted swiftly to mitigate the effects of rising greenhouse gas emissions decades ago, when climate science was first making the rounds. Alas, the American political establishment gets a D for not doing its climate homework. And to make matters worse, the public is still divided over whether humanity has contributed to climate change! Well, these teachers have had enough.

A group representing tens of thousands of science teachers, administrators, and educators recently published a statement showing its support for “decades of research and overwhelming scientific consensus” that the planet is changing. Why now? Because “teachers are facing pressure to not only eliminate or de-emphasize climate change science, but also to introduce non-scientific ideas in science classrooms,” the National Science Teachers Association statement says.

Last year, New Mexico’s public education agency launched a behind-closed-doors effort to eliminate the term “climate change” from science teaching standards. The phrase was to be replaced with “temperature fluctuation.” (Not the same thing!) The attempt was foiled in part by teachers, who spoke out against the move. And a comparable issue played out Idaho in February. Teachers have also had to contend with anti-climate propaganda from right-wing interests like The Heartland Institute, which mailed a pamphlet called “Why Scientists Disagree About Global Warming” to teachers across the country.

The new statement calls on school administrators to supply their science teachers with opportunities to learn more about the science behind climate change. It also lays out a long list of things teachers can do to “ensure a high-quality K–12 science education constructed upon evidence-based science.” With the right support, the next generation of American youth might grow up to actually understand the science behind the largest issue facing humankind. Huzzah!

The National Weather Service has officially deemed Hurricane Florence’s relentless rainfall a 1,000 year-event. On Thursday, the death toll ticked up to 42. And as the storm dissipates, residents in the Carolinas face significant public health and environmental crises. Three hog waste lagoons have breached due to record rainfall. A coal ash basin “is now completely underwater,” and a dam was breached at another North Carolina coal plant, raising concerns about coal ash contamination of nearby rivers.

While Puerto Ricans across the country and on the island mourned those they had lost during Hurricane Maria, White House officials touted President Trump and his administration’s “historic recovery effort” in Puerto Rico. Nearly 3,000 people died because of the storm, according to the most recent estimate. Last Friday, Trump claimed those numbers were merely a political ploy by the Democratic Party. “Imagine if the entire state of Connecticut had been totally razed by a natural disaster,” Puerto Rico Health Secretary Rafael Rodríguez told the Miami Herald. “That’s the magnitude of what happened in Puerto Rico, and a lot of people don’t recognize that.”

Some unsettling news from the East Antarctic ice sheet, which appears to be “not as stable as we thought.” Historical analysis reveals that when the Earth experiences temperatures just a little bit higher than what the planet is seeing now, the interior ice below sea level in this region melts significantly. Sea levels were as much as 20 to 30 feet higher 125,000 years ago due to this melt, according to the study.

Algae is giving this Florida politician a run for his money