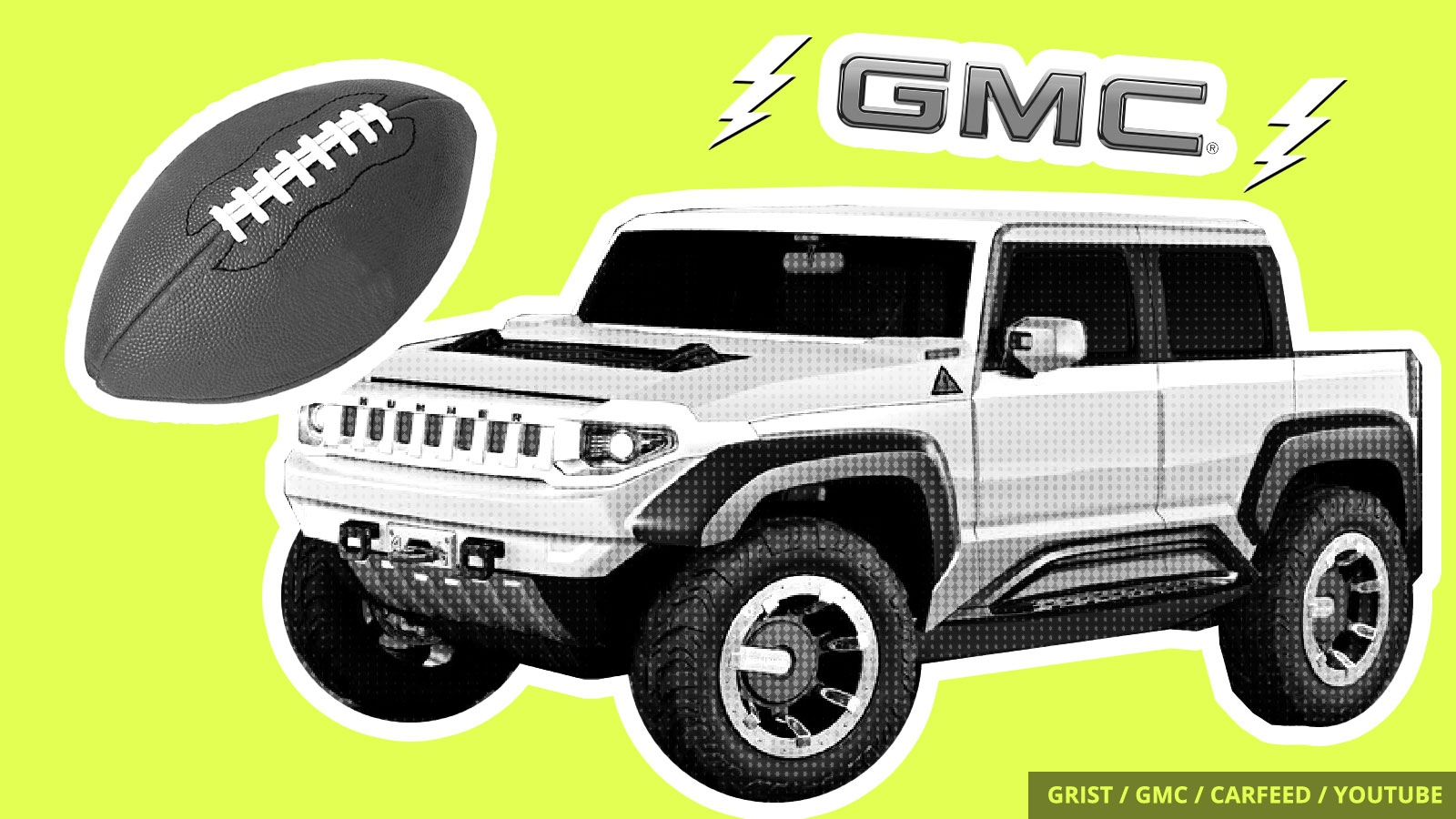 A recent analysis by Reuters found that automakers worldwide plan to invest $300 billion into electric vehicles. Now they just need people to start buying them: Last year, only 2 percent of cars sold in the U.S. were electric. So it’s heartening that, while the country was enjoying the last Super Bowl that Miami will likely be able to host, car companies threw major advertising dollars behind making their new electric vehicles look cool AF.

This year, companies forked over an average of $5.6 million for 30 seconds of airtime, not to mention the cost of producing the high-profile spots that featured celebrity cameos and complex narratives. The payoff is that the ads inevitably spark conversation and news articles in the days and weeks and potentially years after the event.

For last night’s game, GM enlisted LeBron James to introduce its new electric Hummer — a car that nobody asked for but hey, I’m not complaining. Audi struck algorithmic gold with Game of Thrones fan favorite Maisie Williams singing Frozen’s “Let it Go” in an e-Tron Sportback. Porsche kept it classic with a flashy car chase through the streets of Stuttgart with its all-electric Taycan sports car.

Will the ad blitz work? At the very least, it might help the average American learn that Tesla isn’t the only name in the EV game.

A wildfire near Australia’s capital city of Canberra has burned almost 25 percent of the Australian Capital Territory in recent weeks. The territory declared a state of emergency on Friday and warned of winds blowing heavy smoke into Canberra on Monday.

Two men with ties to one of Mexico’s largest butterfly sanctuaries have been found dead in the span of just a week. The violent deaths of Homero Gómez González, a well-known defender of the sanctuary against illegal logging, and Raúl Hernández Romero, a tour guide for the sanctuary, rattled environmentalists in Mexico and around the world.

A wastewater spill from an oil pipeline in North Dakota last month affected more cropland than originally reported. The leak may have contaminated as much as 400,000 square feet of soil, compared to initial reports of only 1,000 square feet.