It’s Tuesday, September 25, and this Indiana utility is trading in coal for the green stuff. 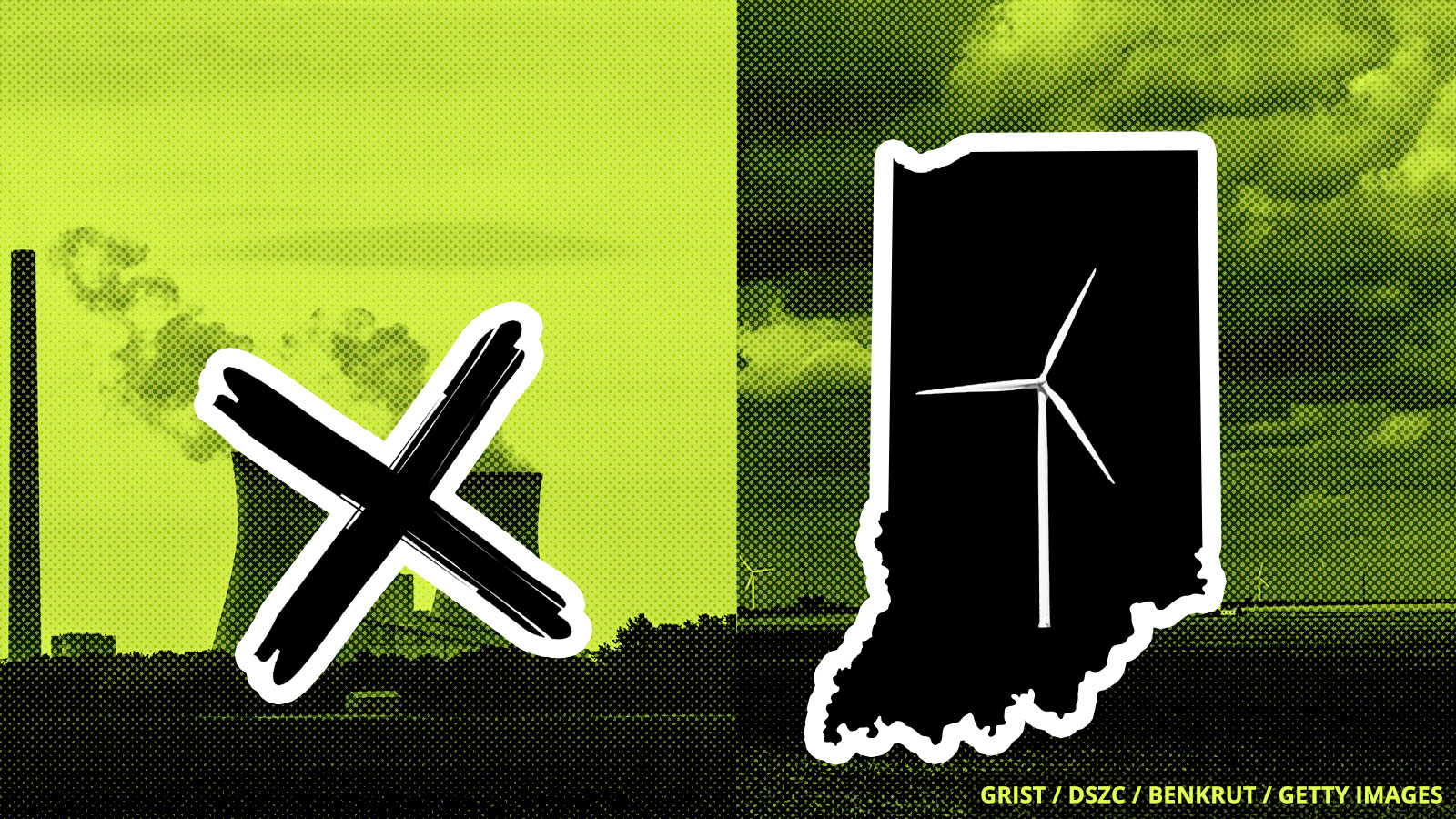 The Northern Indiana Public Service Company, an electric utility that supplies nearly half a million Hoosiers with power, announced last week that it will retire all of its coal-fired plants within a decade. The utility will replace the dirty fuel with wind and solar, paired with batteries. How’s that for a healthy relationship?

The company already had plans to retire its coal operations in 18 years, but it’ll be speeding up that timeline by nearly a decade, eliminating four of its five coal-fired units in the next five years and the whole fossil fuel kit-and-kaboodle in 10 years. In 2016, the company’s energy mix included about 72 percent coal-fired generation.

“This creates a vision for the future that is better for our customers,” NIPSCO president Violet Sistovaris said in an announcement. An economic analysis conducted by the utility showed that moving away from coal and toward renewables was its best bet — even though Indiana ranks third in the country in terms of coal consumption!

The plan still needs to be approved by Indiana’s top regulators, the Indiana Utility Regulatory Commission. If approved later this fall, the utility will soon get a major chunk of its energy from clean sources. That’s a big deal, especially considering the fact that the Trump administration recently introduced legislation that would replace the Clean Power Plan with regulation that’s much more friendly toward coal. Looks like pumping the brakes on renewables is gonna be a little harder than Trump anticipated. Buckle up, buddy.

On Sunday, an OPEC Representative from Iran said that crude oil prices “would be cheaper” if President Donald Trump could keep quiet and stop tweeting. Trump evidently didn’t get the message. This morning, he decried oil prices to the U.N. General Assembly, “OPEC and OPEC nations are as usual ripping off the rest of the world, and I don’t like it. Nobody should like it.” There are many reasons to question this claim. His UN speech was in many ways a reiteration of the central message in his announcement that he would withdraw from the Paris climate agreement — that the United States., one of the richest countries in the world, needs to look out for number one.

The notion that the U.S. can’t afford to address climate change without sacrificing its prosperity doesn’t hold much weight. A recent study estimates for the first time how much each country around the world will suffer in future economic damage from each new ton of carbon dioxide pumped into the atmosphere. As it turns out, the costs to the U.S. will be the second-highest in the world after China. So working towards smarter climate solutions might be one of the best ways to protect U.S. fortunes.

Nature shouldn’t be granted all the credit for Hurricane Florence – humans also share some of the blame. A new report from the First Street Foundation, a sea level research and communications group, found that 1-in-5 of the homes affected along the Carolina coast wouldn’t have fared so badly had sea levels not risen significantly since 1970. Hurricane Florence’s storm surge damaged more than 51,000 homes by inundating 25 percent or more of each property.