It’s Thursday, May 23, and Maryland’s Republican governor wants to have a surprisingly productive debate about renewable energy. 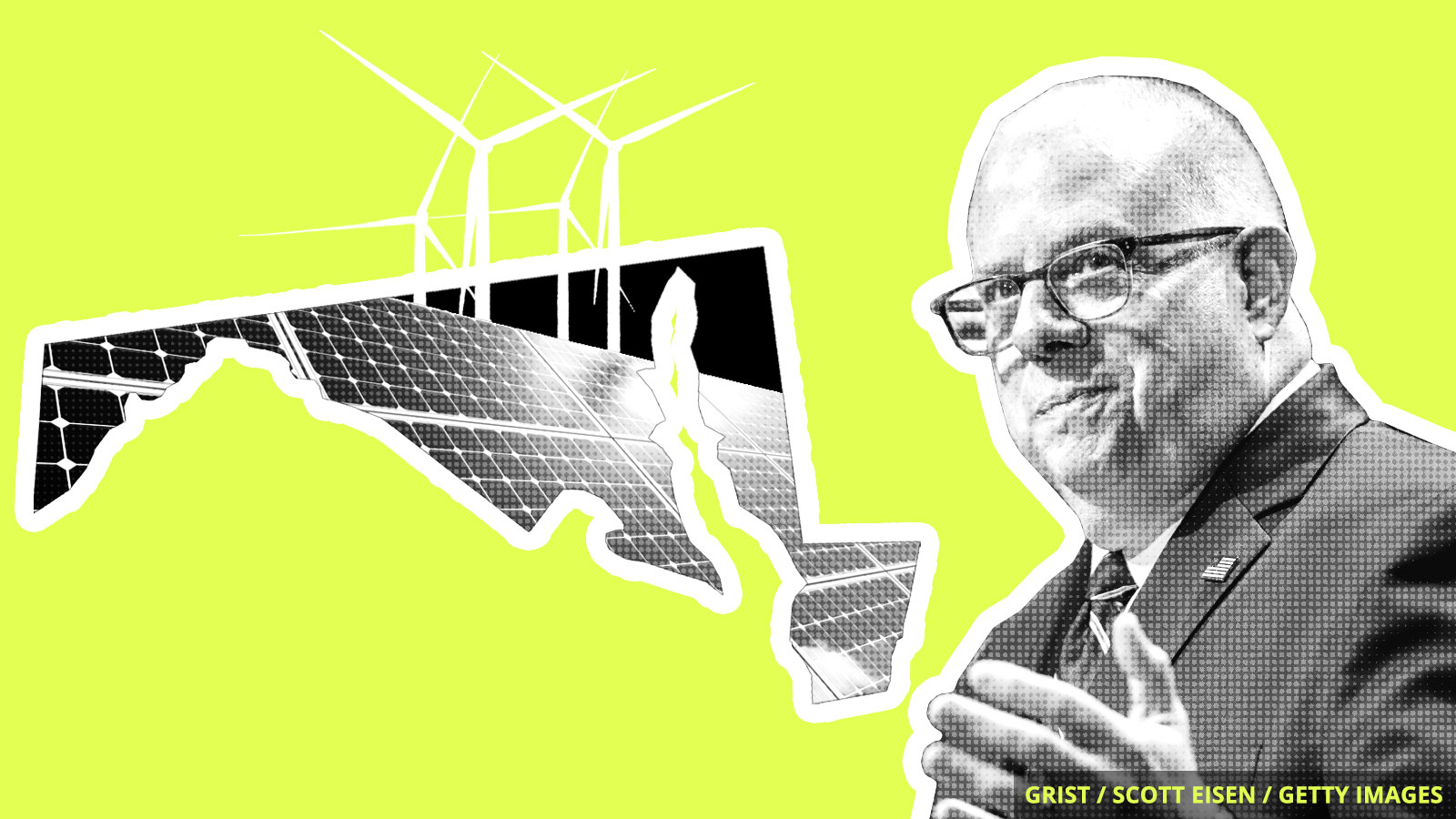 The Maryland general assembly approved the Clean Energy Jobs Act on Wednesday, a mandate for the state to get half of its energy from renewables by 2030. Perhaps more importantly, the bill contains a requirement to figure out how to reach 100 percent renewable power by 2040.

That’s a big deal, especially because Maryland’s Republican governor, Larry Hogan, isn’t expected to get in the way. Hogan didn’t exactly “approve” the bill. Governor Hogan told lawmakers yesterday that he will not veto the mandate approved by the general assembly — though he has criticized the proposal in the past and in 2016 vetoed a similar bill. That means the bill would automatically become law in 30 days time.

But get this: Hogan unveiled his own version of a 100 percent renewable bill on Wednesday. The governor argues that his Clean and Renewable Energy Standard — which includes support for nuclear, carbon sequestration, and hydropower — would keep renewable energy jobs in Maryland and would do a better job of protecting the environment. He plans to introduce the bill in the 2020 legislative session.

Looks like Maryland will shoot for 100 percent renewables one way or another — and it’s having a bipartisan conversation that would be welcome pretty much everywhere.

The deadliest form of black lung disease most prevalent among coal miners is on the rise, according to a new study. The incidence of progressive massive fibrosis is higher now compared to pre-1990s levels. Researchers say workers may be breathing in more of the carcinogenic crystalline silica as a result of shifting mining techniques.

When a House subcommittee held a hearing yesterday for scientists to explain the dire U.N. biodiversity report — the one that says humans are putting a million species at risk of extinction — Republicans invited two well-known climate deniers. At the panel, one said when humans pump carbon dioxide into the environment, they “are the salvation of life on Earth”—and a Democrat on the panel accused him of being there to troll the real scientists.

Amazon’s shareholders shot down a proposal for the corporate titan to develop a company-wide carbon-cutting plan. Amazon Employees for Climate Justice says it expects to file another resolution unless “the Board takes stronger action to address the company’s role in the climate crisis.”

This oil company sucks … in a good way