It’s Friday, November 2, and this slick company just got slammed with a stiff fine. 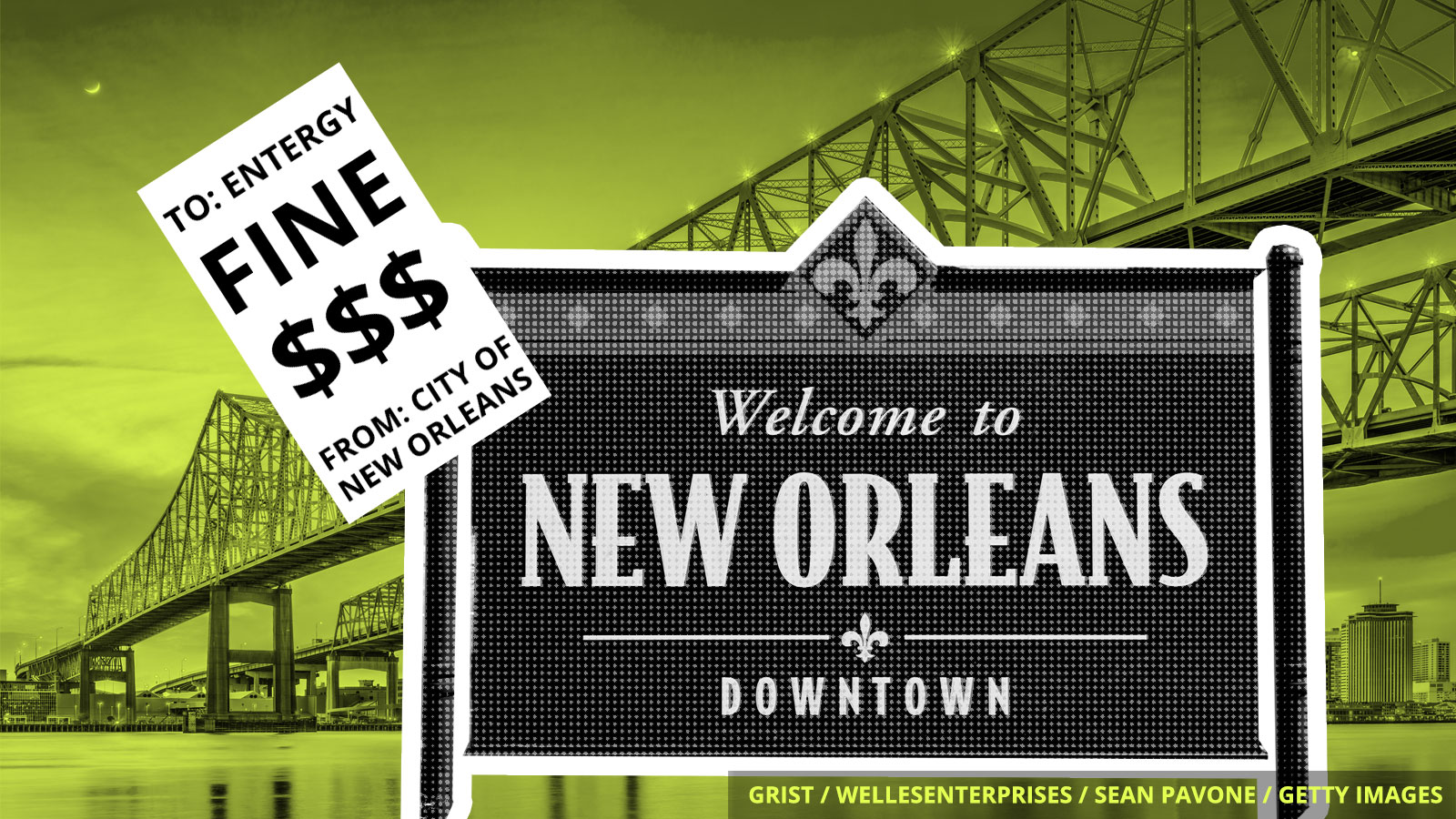 Look, fossil fuel companies have a long history of pollutin’ and scootin.’ Not this week, though!

An external investigation by the New Orleans City Council confirmed that Entergy New Orleans paid actors to support its new natural-gas power plant this past spring. The council passed a resolution yesterday that says Entergy has to cough up $5 million, and the city could decide to re-vote on whether to allow plant project to move forward. The council had approved the plant back in March.

Here’s the backstory: Entergy hired the Hawthorn Group, a public relations company, to drum up support for its new 128-megawatt power station. Hawthorn apparently then paid actors to show up to local meetings, hold signs, and voice support for the plan. Grist covered the issue in May, when an investigative site The Lens reported that the Hawthorn Group paid people $60 to attend and $200 to speak at public hearings about the power station.

This isn’t the first time Hawthorn has pulled this kind of shady sh*t. There’s a name for what the company and some others like it do: Astroturfing.

Entergy said it didn’t know Hawthorn had paid actors, though the council’s investigation reportedly found evidence that some of its executives did. While some community and enviro groups think $5 million is too low of a fine for a company that’s dropping $210 million on a new power plant, at least two council members have said they’re open to holding a new vote for the plant.

I freakin’ love due process.

The Environmental Protection Agency’s website’s climate change section was removed a year ago for an “update.” Now the EPA’s climate link is a “ghost page” that says, “We want to help you find what you are looking for.” You have to wonder if this “we” really wants to help, given the Trump administration’s larger effort to pull public access to information about climate change.

What could be worse than coal-fired power plants? Tree-fired power plants. In its latest outrageous plan to screw over the environment, the Trump administration has endorsed burning trees to generate electricity, a practice that would pump tons of carbon dioxide into the atmosphere. Trees are massive carbon sinks, which is why we need them around (and why they release so much carbon when burned).

Residents of Cheraw, South Carolina, are suing local fabric company Highland Industries for failing to mitigate the cancer-causing PCBs that drained onto their property during Hurricane Florence. The fabric company has a history of contaminating the town’s land, leading an area to be designated as a Superfund Site earlier this year.