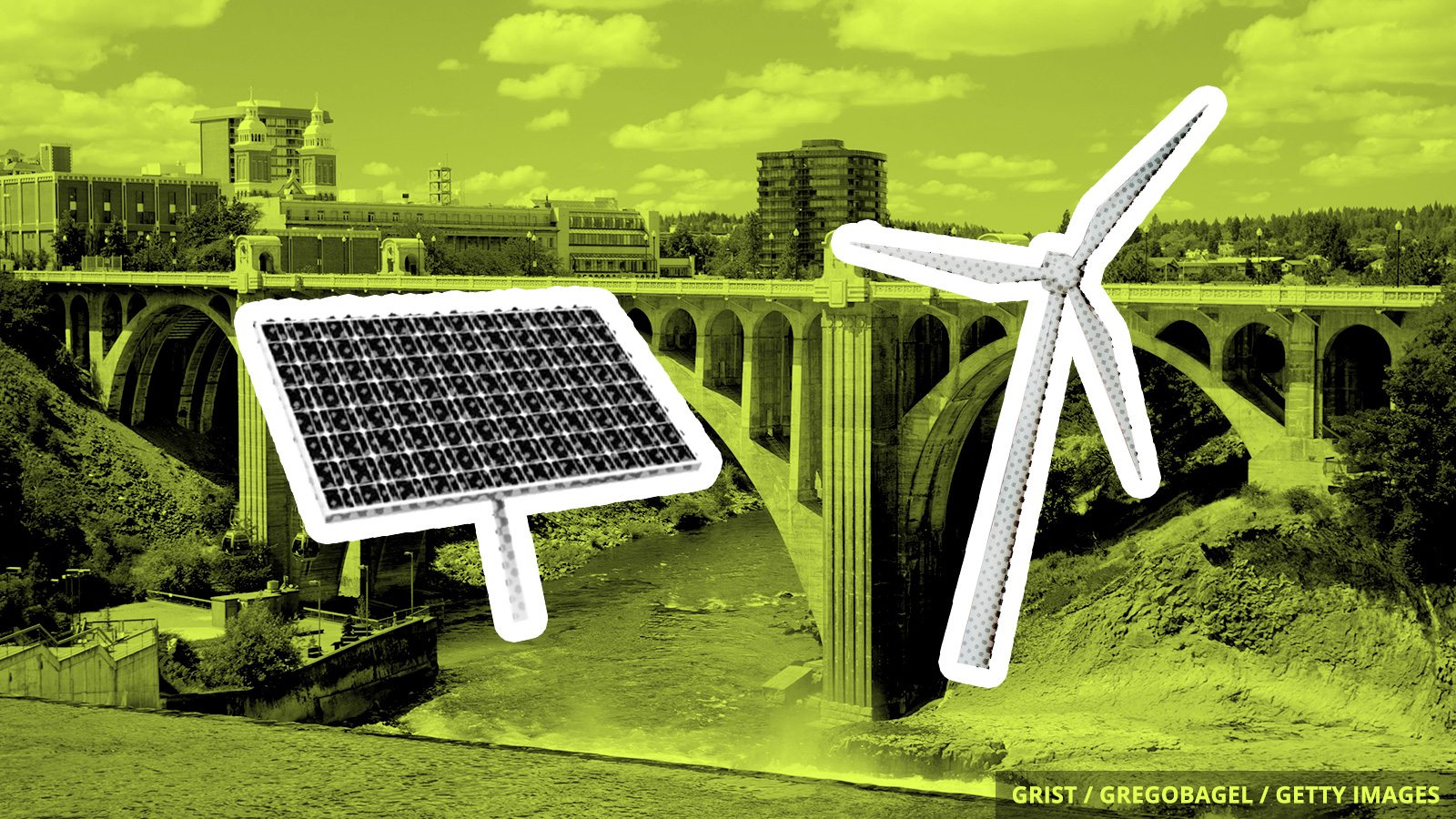 Did you know that cities can legally challenge themselves to go green? It’s kind of like setting a really serious New Year’s resolution. Spokane, a city in Eastern Washington state, just voted to get 100 percent of its energy from renewables by 2030. It’s only the second city in Washington to set a 100 percent renewable goal — Edmonds took the plunge in 2017.

On Monday, the Spokane city council voted six to one to approve the directive — a move the city has been considering since 2009. It’s no wonder it managed to pass the new goal with nearly unanimous support from the council — Spokane is currently seeing the effects of a warming planet firsthand. The city had the worst air quality in the country on Monday, and air quality in the rest of Washington state reached hazardous levels this week due to smoke from wildfires in British Columbia.

While there’s no penalty if Spokane can’t keep up with the 100 percent clean energy goal, it’s a sign that the climate-worsened wildfires are already impacting policy decisions. The city will monitor its progress every three years and produce a new plan if the old one isn’t getting the job done.

The second largest city in Washington is often looked down upon by the much more progressive Grist hometown of Seattle. (The animosity runs both ways.) Way to step it up, Spokane!

Well, yesterday was a crazy news day, huh? But it ended just as usual, with President Trump preaching about coal. At a rally in West Virginia last night, Trump declared coal “indestructible”: “In times of war, in times of conflict, you can blow up those windmills,” he said. “They fall down real quick. You can blow up those pipelines.” He also bragged that the U.S. has the cleanest air in the world, which the New York Times points out is false — we’re actually ranked 27th.

Hurricane Lane, a Category 4 storm, is brewing in the Pacific Ocean and headed toward Hawaii. Meteorologists predict it may cause strong winds, flooding, and huge waves. Lane’s center is on track to come very close to Hawaii, and it could be the strongest strong the islands have seen since 1992. The National Weather Service says the hurricane is likely to threaten lives and could leave some parts of Hawaii unlivable for weeks.

A recent government report admitted that it was wrong seven years ago when it cleared lead-contaminated neighborhoods near a Superfund site in East Chicago as safe for kids. Children living in two neighborhoods near former industrial areas were almost three times more likely to suffer lead poisoning over the last 10 years than kids in other parts of the city. Lead poisoning is an issue around the country: Just last week, the Washington Post reported that in D.C., at least 41 families living in subsidized housing had high lead levels in their homes — and these homes had been given the OK by an inspector. The results highlight a hole in federal housing policy: Instead of full-on lead testing, it only requires looking for peeling paint.