It’s Monday, February 11, and Dutch students are skipping class to fight for their futures. 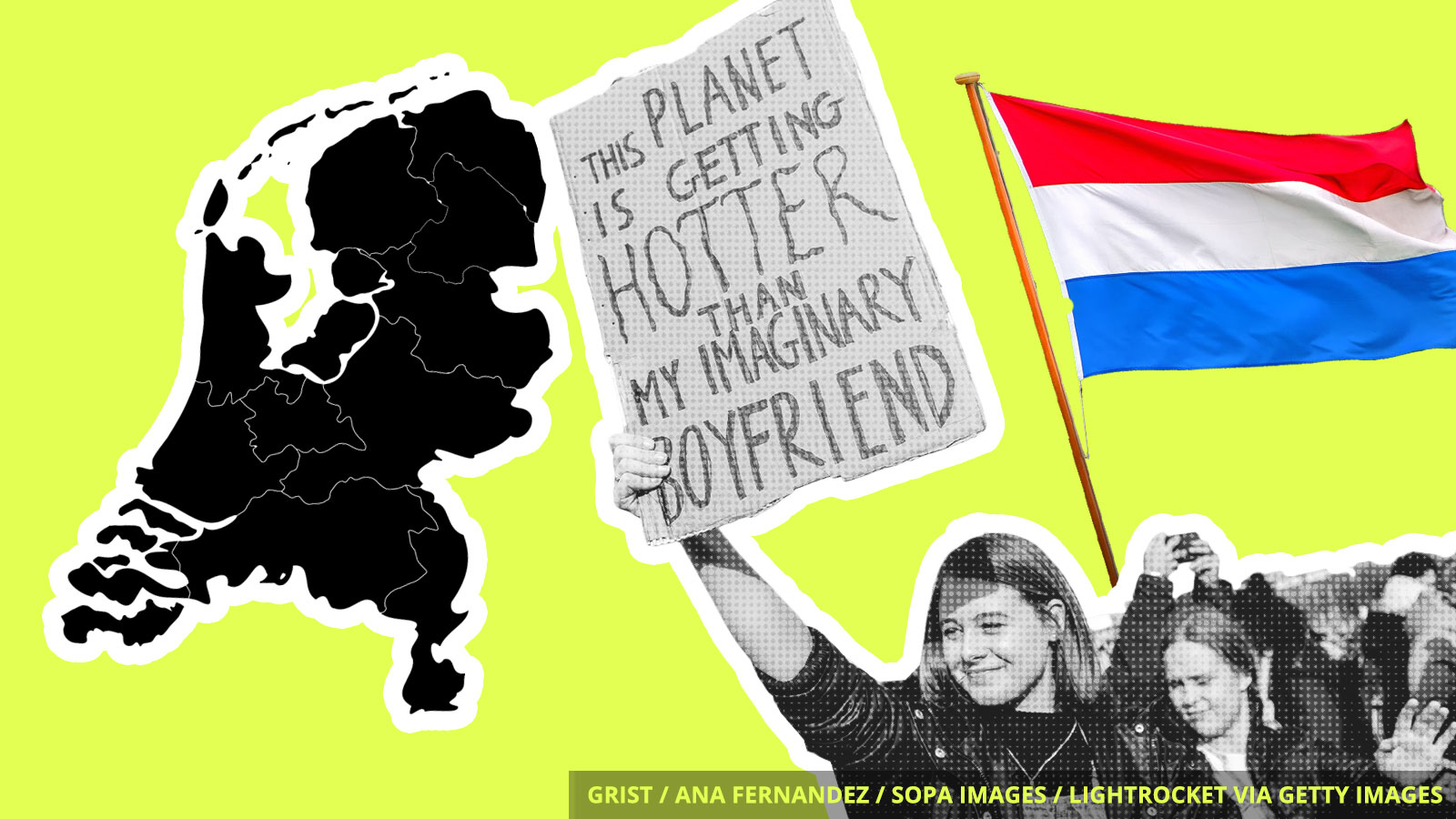 Thousands of Dutch Gen Zers skipped their classes and marched past the Netherlands’ parliament in the Hague late last week, calling for politicians to put more ambitious climate legislation in place.

Organizers had hoped for some 3,000 marchers, but turnout was reportedly much higher. (Police did not immediately give an official estimate of the crowd size.)

The Dutch are no strangers to the consequences of climate change; after all, half the country exists below sea level. “The earth is warming up, everyone knows that,” said Berber Neef, a 17-year-old student who told her school she was sick so she could attend the demonstration, according to the Associated Press. “We need tougher measures. The government has to act.”

The peaceful (yet loud) demonstration by Dutch students came after weeks of protests in neighboring Belgium over climate change. Demonstrators are hoping these protests serve as a wake-up call to politicians that immediate action is critical. And scientists agree: Over 350 researchers cosigned a letter supporting the Dutch kids’ march, saying it’s “high time for tough measures to quickly and drastically reduce greenhouse gas emissions.”

So here’s to the European teens who’ve been marching, and are also really, really good at sign-making. I mean, a sign that says the planet is “Hotter than my imaginary boyfriend” — can’t get much better than that.

A recent international Pew report found that climate change is one of people’s biggest concerns. Across the 26 countries surveyed, people broadly agreed that it’s both an imminent and future threat, with respondents in 13 countries naming it as a top issue. Other concerns included cyber attacks, ISIS, North Korea, and … the United States.

A new paper shows that 40 percent of insects (such as bees and butterflies) could die off before the end of this century, thanks to pesticides, invasive species, and, ya know, climate change. A few annoyingly hardy pests, like house flies and cockroaches, will likely survive and thrive. Will they take over the world? Maybe.

Extreme weather in Chile has turned the country upside down: the Atacama desert — the driest in the world — is flooding, and wetlands in the south are aflame as more than 600 forest fires burn. Heavy rain in the Andes has already led to the deaths of six people and wrecked nearly 100 houses.