It’s Friday, February 8, and the Green New Deal is here. 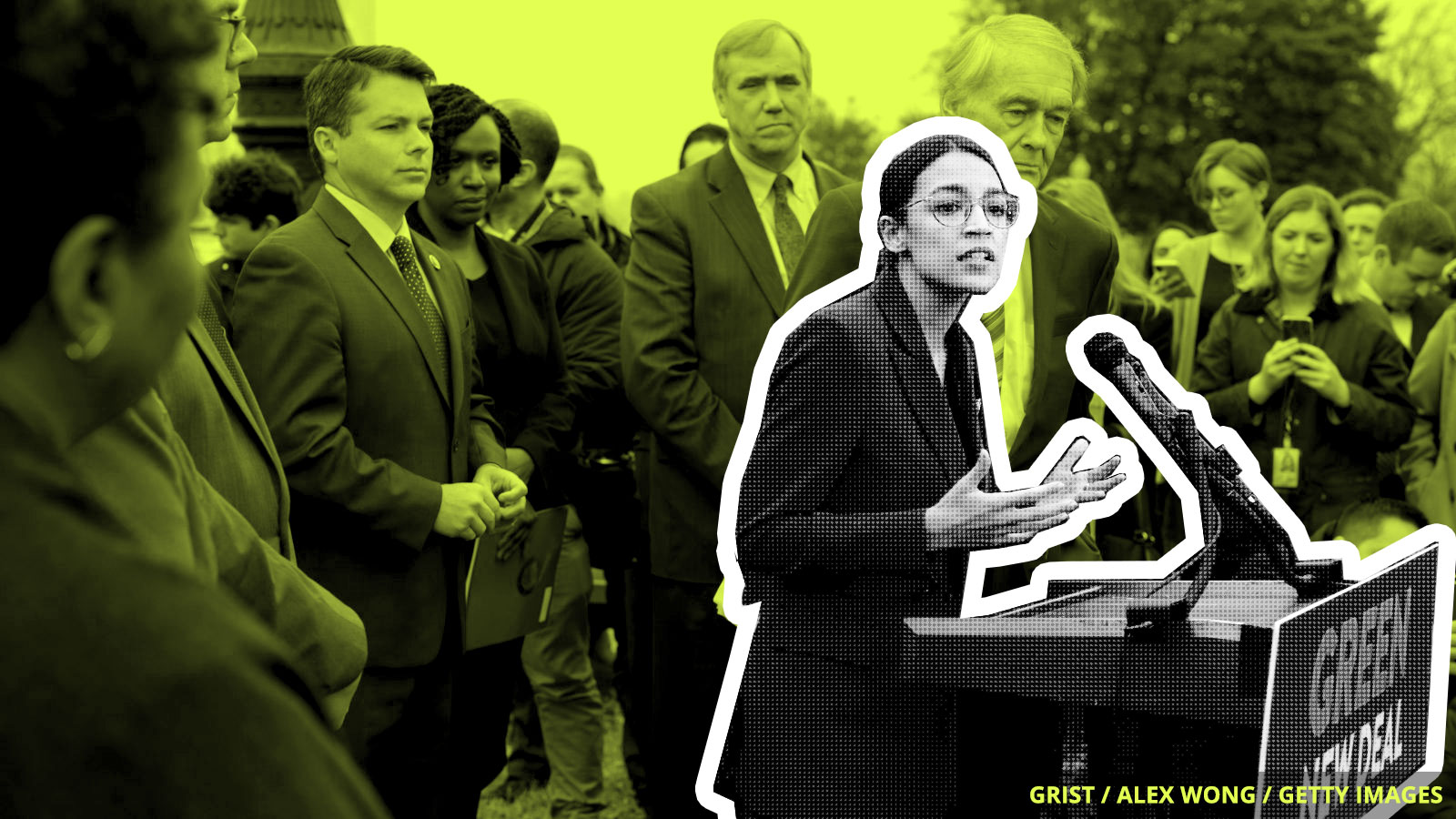 The proposal, if implemented, offers a buffet of progressive delights: universal healthcare, a federal jobs guarantee, a shift to 100-percent clean and renewable energy, and much more. But that’s a very big “if.” The Green New Deal arrived in the form of a non-binding resolution (a motion that could become law eventually), but even that could have a hard time getting a stamp of approval from the Democrat-controlled House. Speaker Nancy Pelosi has indicated the Green New Deal isn’t first on her list of priorities; she reportedly called it “one of several or maybe many suggestions that we receive.”

But take heart! The resolution doesn’t actually need to get approved right away to have a serious impact. As I wrote in an article yesterday, the GND is becoming something of a litmus test for Democrats running for president in 2020. Already, five contenders, all senators, have cosigned the proposal: Elizabeth Warren, Bernie Sanders, Cory Booker, Kamala Harris, and Kirsten Gillibrand.

In other words, it’s looking more and more like climate change is becoming a cornerstone issue for the 2020 election. It’s about time!

Republican Senator John Barrasso of Wyoming penned an op-ed on Fox News’ website in support of his recently introduced Fairness for Every Driver Act, which would scrap a federal tax credit for electric vehicles. The language he used was straight out of a Koch Industries manual, says misinformation-tracking site Desmog in an analysis. Barrasso also came out swinging against the Green New Deal.

Taking a page out of Kanye’s book, hurricanes in the Atlantic are getting harder better faster stronger. But for real, a squall of hurricane experts say climate change is part of the reason why hurricanes spawned over the Atlantic Ocean are getting supercharged.

You know what they say about oil pipelines? They … leak. A leak in either the Enbridge pipeline or the TransCanada Keystone pipeline — crews aren’t sure yet — was discovered in Missouri on Wednesday. Parts of both lines were shut down as a result. The amount of oil spilled isn’t clear yet.

Climate change is back in the House