It’s Friday, October 4, and hark! Who divests there? ‘Tis the Royal Shakespeare Company. 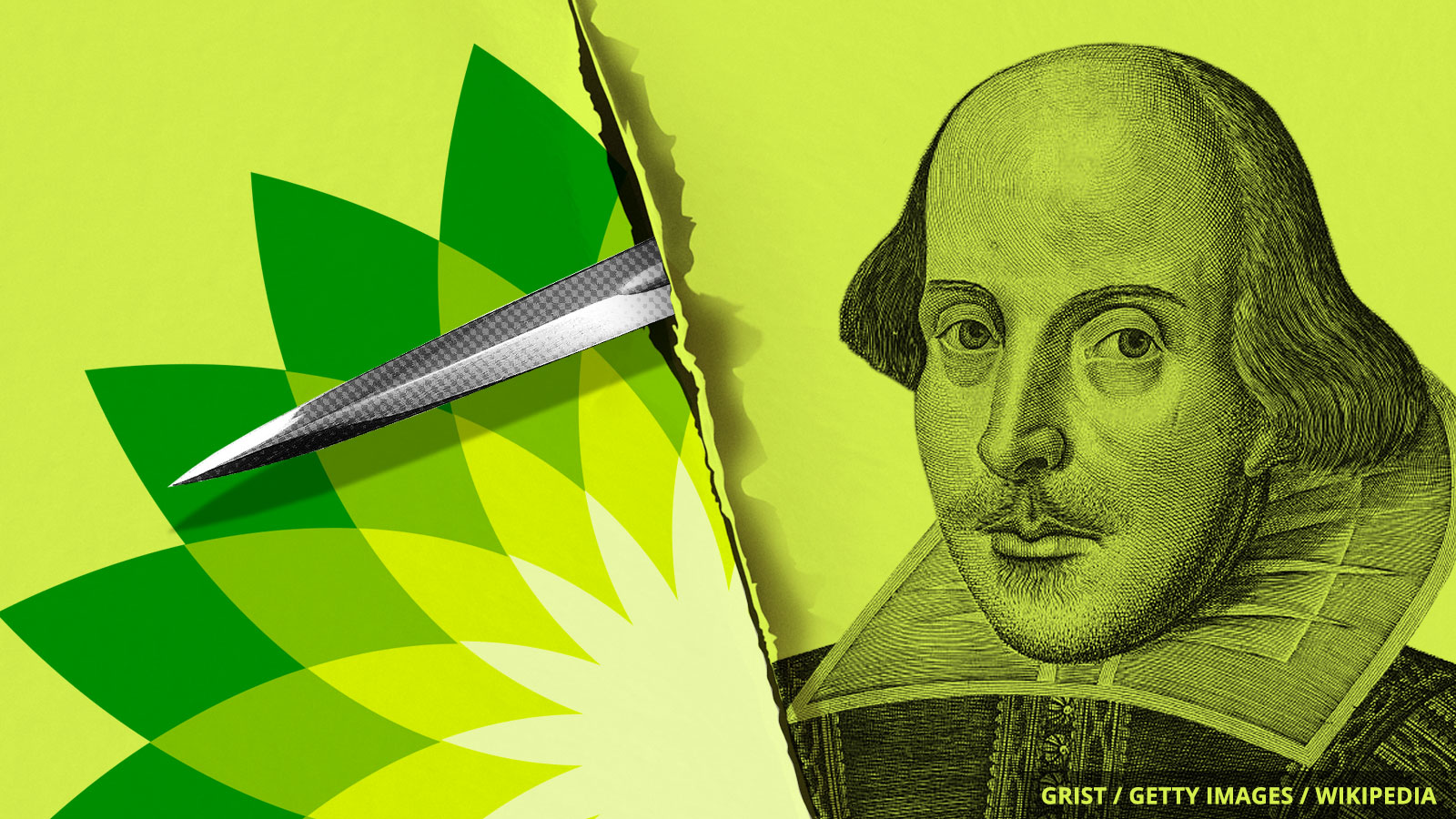 Shakespeare’s plays have it all — drama, intrigue, murder, love. But the Royal Shakespeare Company just gave a major oil company a backstabbing that rivals the one in Julius Caesar.

Since 2013, young people between the ages of 16 to 25 have been able to purchase subsidized £5 tickets to the Royal Shakespeare Company’s performances thanks to a sponsorship from the oil giant BP. But those young folks no longer appear interested in the deal. “Young people are now saying clearly to us that the BP sponsorship is putting a barrier between them and their wish to engage with the RSC,” the theater company said in a statement. This week, RSC bid farewell to BP for good.

BP thinks the youth are making much ado about nothing. “The increasing polarisation of debate, and attempts to exclude companies committed to making real progress, is exactly what is not needed,” the company said. Clearly, kids weren’t buying it. In a public letter sent to the RSC in September, a group of U.K. students said “BP’s influence is nothing but a stain on the RSC” and blamed it for “actively destroying [their] futures.”

They weren’t the only ones in a winter of discontent over the theater company’s ties to BP. Earlier this year, Mark Rylance resigned from his post as an associate artist at the company in protest over the partnership. That must be a blow to BP — it’s done a bang-up job of alienating Gulf Coast wildlife, the next generation, and Oscar-winning, once-in-a-generation actors alike.

BP still has multi-million dollar sponsorships with the British Museum, the Royal Opera House, and the National Portrait Gallery. Will these other institutions take a cue from the Royal Shakespeare Company? O excellent!

The White House slashed the phrase “global climate change is a serious challenge” from a draft of the proposal that restricts California’s right to set stricter auto emission standards. The proposal, which prompted a lawsuit from California and 22 other states, is so broad it could also restrict cities’ right to set their own speed limits.

The Brazilian government is planning to present a bill that permits mining on indigenous land. In a speech last week at the U.N., Brazil’s President Jair Bolsonaro, who has welcomed the idea of opening up indigenous reserves to mining, logging, and farming, argued that his policies are meant to secure the well-being of all Brazilians.

A critical source of food and water for humanity is under threat from climate change — and humans are making the problem worse. A new study shows that unsustainable pumping is depleting groundwater around the world, causing rivers and streams to shrink.