It’s Monday, August 26, and as the Amazon burns, world leaders step up. 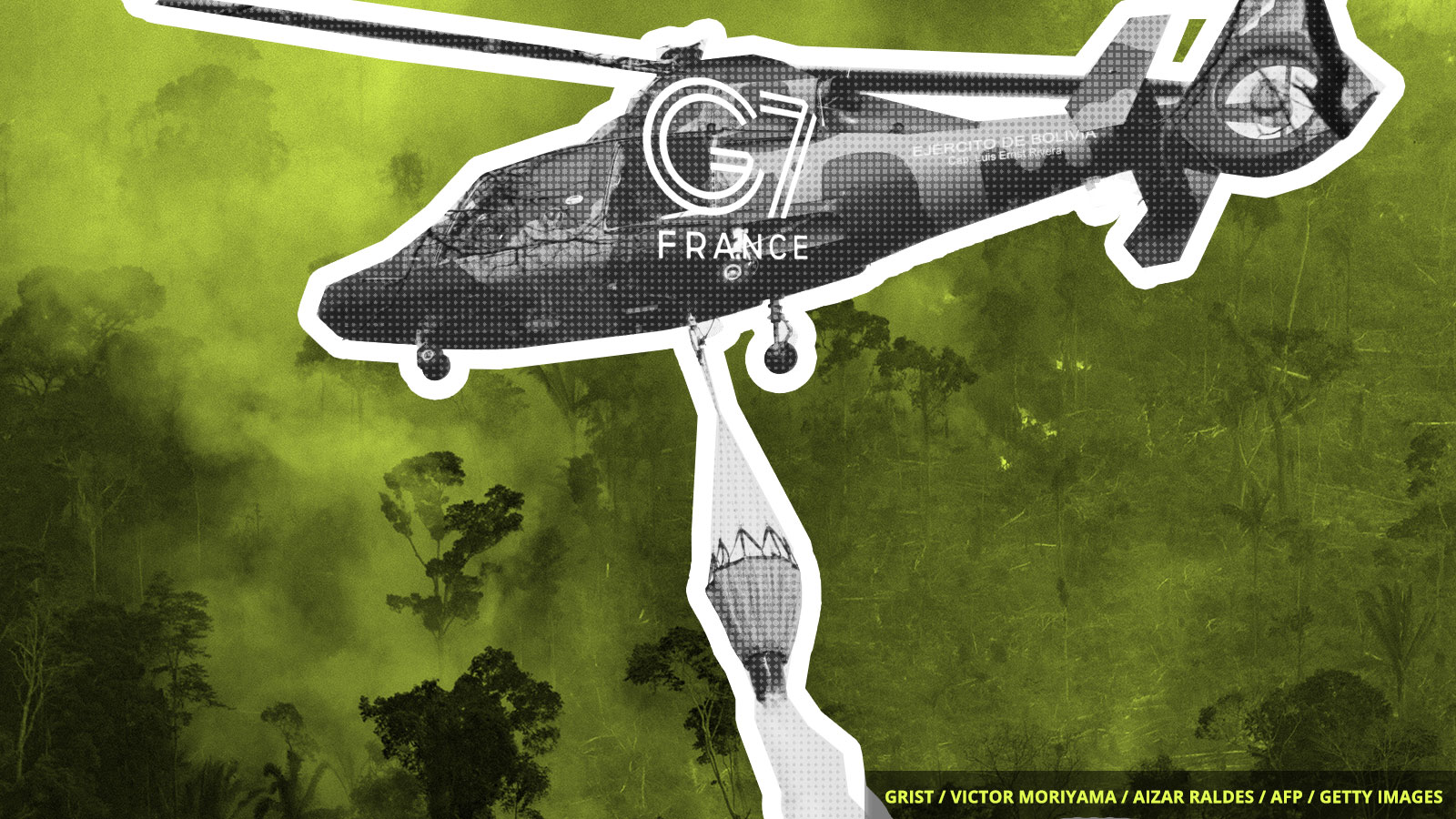 Leaders from G7 countries — a group of the world’s richest economies — met in beachy Biarritz, France, this past weekend. One of the main topics of conversation: the burning Amazon rainforest.

On Monday, President Emmanuel Macron of France announced that the G7 had agreed to an immediate aid package of at least $20 million to help Amazon countries fight the blazes, primarily through buying fire-fighting planes. The G7 also reached an agreement with the countries of the Amazon basin for a long-term program for forest protection and the reforestation of cleared lands.

“Our house is burning. Literally. The Amazon rainforest — the lungs of our planet […] — is on fire. It is an international crisis,” Macron tweeted. Indeed, the Amazon rainforest, the world’s largest, has been burning at the highest rate since at least 2013.

Not every world leader was so effusive about the G7 getting involved. Surprise surprise, President Trump skipped out on talks about climate change and the Amazon. And Brazil’s far-right President Jair Bolsonaro was none too pleased about the announcement, saying Macron’s proposed alliance to save the Amazon treated his country “as if we were a colony or no man’s land.”

Experts say the wildfires were likely set by cattle ranchers and loggers who want to clear the land for cattle grazing and farming, emboldened by Bolsonaro’s anti-environment rhetoric.

Toxic algae isn’t just a Florida thing. Flare-ups of the pet-killing cyanobacteria have been found in lakes and ponds in three highly frequented New York City parks: Prospect Park, Morningside Park, and Central Park. The blooms are made worse by hot days and runoff from city roads.

The Keystone XL oil pipeline (yes, the one you’ve been hearing about for nearly a decade) is one step closer to getting finished. Last week, a Nebraska court paved the way for a new route for the pipeline’s northern extension, which is slated to carry 830,000 barrels of crude oil per day from Alberta, Canada to Nebraska. Environmental groups will still get a chance to say their piece: There’s another hearing on the decision scheduled October 9.

We already know climate change is making flooding in many parts of the United States worse. Good thing there aren’t any toxic landfills in places likely to flood — oh, wait. More than 100 ponds and landfills containing coal ash, the toxic byproduct of coal-powered plants, are situated in high-risk flood zones, according to a new Politico analysis. Good thing the Trump administration is being proactive about coal ash cleanup — oh, wait.