It’s Tuesday, May 26, and U.S. universities are cutting ties to fossil fuels. 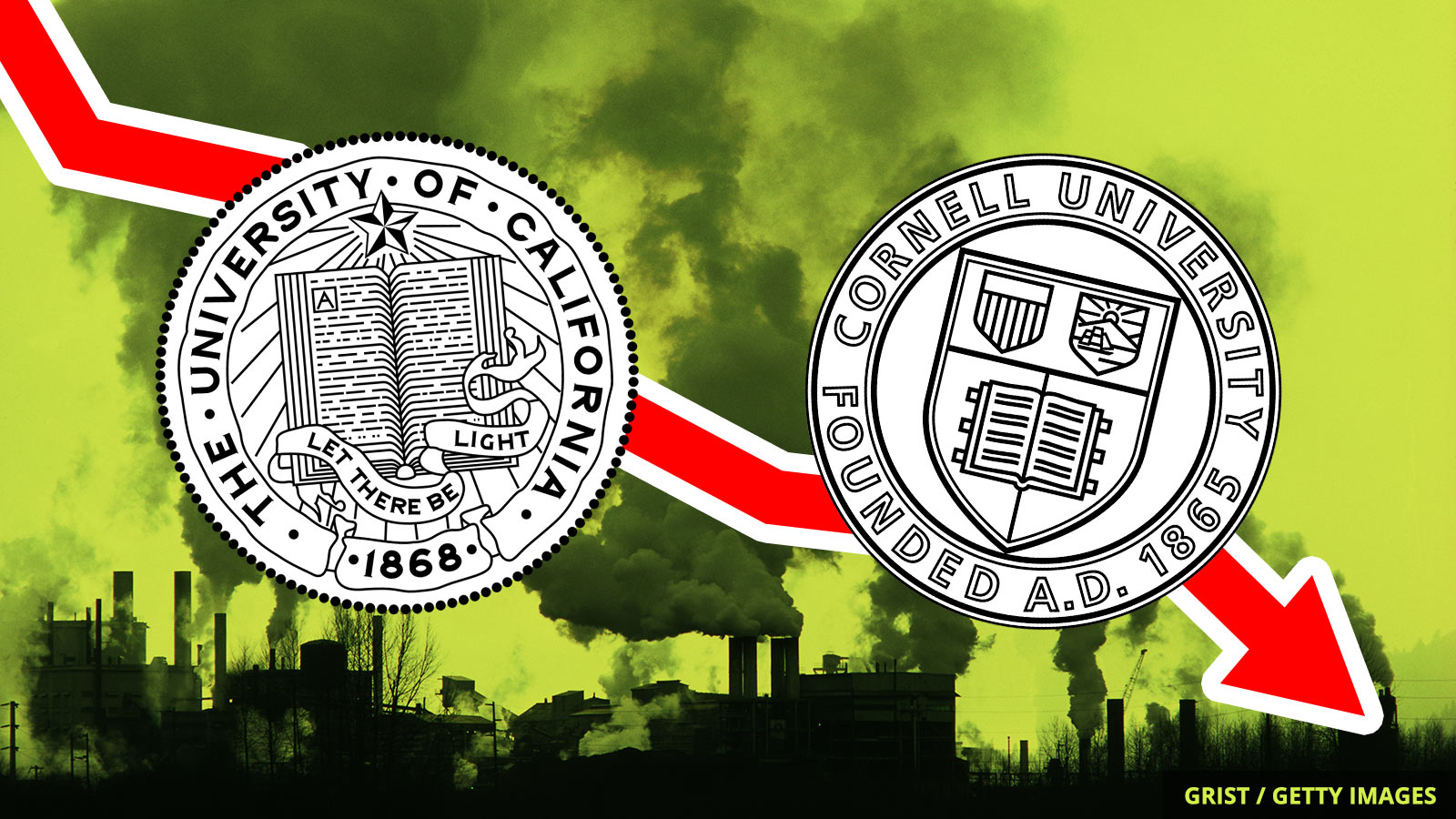 It’s official: One of the biggest university systems in the country has completely divested from fossil fuels. The University of California, which encompasses 10 campuses, five medical centers, and three national labs in the Golden State, announced last week that it had sold $1 billion in fossil fuel assets. Oh, and invested the same amount in clean energy projects.

The UC system announced its intention to divest last fall, citing the instability of oil, gas, and coal. Now, its entire endowment, pension funds, and working capital pools — which add up to a whopping $126 billion — are fossil fuel-free.

The news comes as other universities are also winding down their investments in oil and gas. The Cornell University board of trustees voted last week to establish a moratorium on future fossil fuel investments, citing troubling economic outlooks for the sector and the rising threat of climate change. Cornell won’t divest its existing holdings in oil, gas, and coal — which make up about 4.2 percent of its $6.9 billion endowment — but it won’t put any more money into the sector, either.

Ken Miranda, Cornell’s chief investment officer, explained that the move made sense financially. “Increasingly,” he said, “the world is evolving to an alternative energy future.”

A new study estimates that the ocean’s twilight zone — the layer below the surface — will be warming seven times faster by mid-century. Because ocean layers are warming at different speeds, species seeking cooler, deeper water could collide with species they don’t normally meet and further throw off ocean ecosystems.

Scientists warn that we’ve already passed the climate “tipping point” to save Louisiana’s coastal marshes from disappearing under the Gulf of Mexico. The Connecticut-sized area, which is home to 1.2 million people, may slip underwater as soon as 50 years from now. According to the lead author of a new study, “There is basically no real way back anymore.”

My world’s on fire, how about yours? Individual weather events shouldn’t be mistaken for climate changes, but when you combine the temperature hitting 80 degrees F in the Arctic Circle and 86 degrees F in western Siberia with raging wildfires in eastern Siberia last week, it’s safe to say something is very wrong.

The moment is Stripe for carbon capture