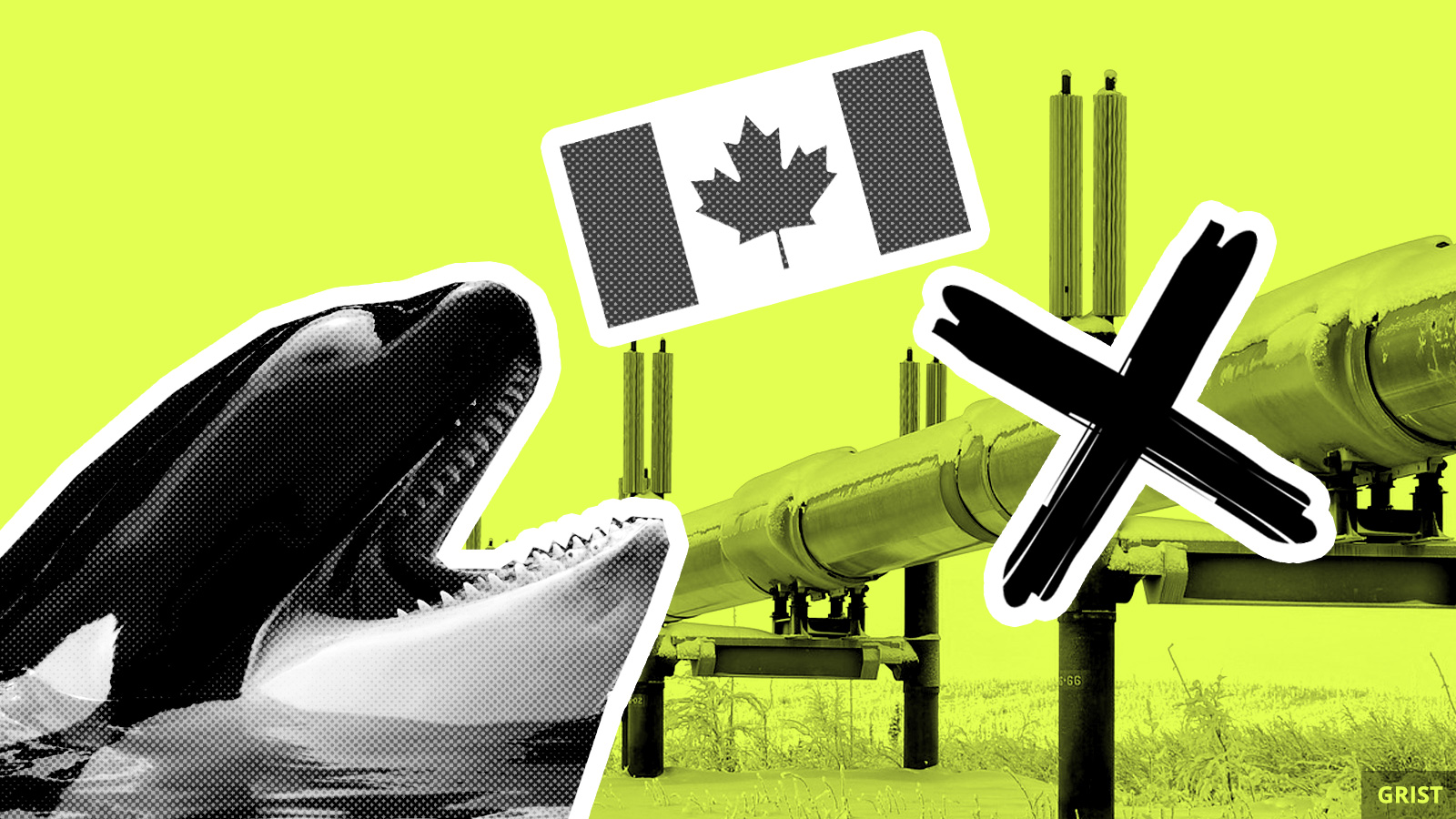 Whale, whale, whale. A Canadian court ruled in favor of indigenous communities and orcas yesterday, putting the kibosh — at least temporarily — on expansion of the Trans Mountain Pipeline. The project would have piped 890,000 barrels of crude oil per day from the Alberta tar sands to Canada’s coast.

Back in May, Prime Minister Trudeau’s administration agreed to buy Kinder Morgan’s pipeline for $4.5 billion, gambling that the project would weather an over-whale-ming number of legal challenges from indigenous communities, environmentalists, and activists. But that roll of the dice didn’t turn out as Trudeau had hoped.

The Canadian Federal Court of Appeal ruled to overturn approval of the pipeline for two major reasons: Canada failed to “dialogue meaningfully with the Indigenous applicants,” and didn’t take environmental impacts into account. The Trudeau administration can decide to appeal the court’s decision; the government says it’s reviewing the ruling now.

One of the major reasons why the court quashed Trans Mountain? Marine vessels and potential oil spills threaten the Salish Sea’s endangered orcas (also known by their more badass name: killer whales). And damage to orcas, the court said, “is likely to result in significant adverse effects on Aboriginal cultural uses associated with these marine mammals.” There are only 75 southern resident killer whales left, and the project didn’t take the effect of marine shipping on the mammals into consideration.

Kinder Morgan is stopping all work on the pipeline for now. Before the project can be considered again, the government has to redo its work with First Nations and analyze the effect of marine activity on whales. The ruling said the first environmental impact report was so bad it was “impermissibly flawed.” Burn.

Right after the court ruled against the project, Kinder Morgan Canada shareholders voted to go ahead and sell the pipeline to the Canadian government. They seem pretty ready to let this pipe-dream go.

Local efforts to cut carbon emissions aren’t enough to offset the federal government’s inaction on climate change. Yale researchers studied close to 6,000 cities, states, and regions (about 7 percent of the world’s population) and more than 2,000 companies (their revenue is roughly equivalent to that of the U.S. economy) that have made climate pledges. Their combined efforts won’t be enough to keep rising temperatures below thresholds agreed upon in the Paris Agreement. National governments still need to act.

Detroit shut off drinking water across the entire school district after a study found elevated amounts of lead and copper in 16 of 24 schools tested. The district is waiting for test results for additional schools. Classes start next week.

On Wednesday, a federal judge decided to allow the construction of a natural gas compressor station in Fayette County, West Virginia. County commissioners tried to levy local zoning rules to stop the project, but Judge John Copenhaver ruled that the Natural Gas Act takes precedence. This year, ProPublica reported on the growing power of natural gas in the state as the coal industry wanes.

The New York Times published an interactive that answers the frightening question: How much hotter is your hometown than when you were born? If you’re a millennial, it’s likely your hometown has felt the impact of climate change your whole life, meaning you’ve never known a world that isn’t warmer than it should be. And after consecutive summers of record-breaking temperatures and environmental protection rollbacks, it looks like the only way to go is up.

Arizonans just got the chance to decide on a big clean energy initiative.