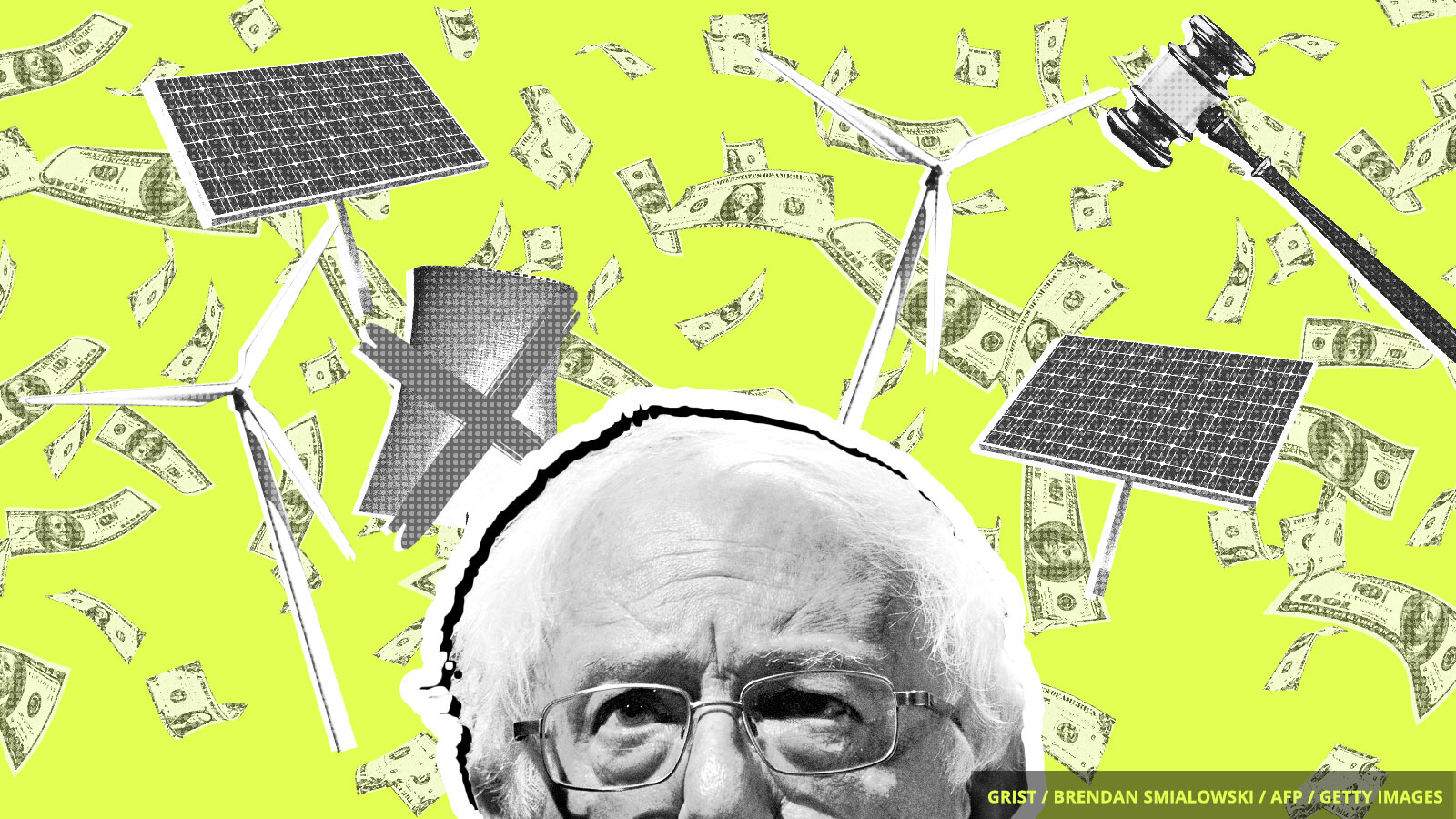 For the past six months, the Green New Deal — the non-binding proposal introduced into Congress in February by New York Congresswoman Alexandria Ocasio-Cortez and Massachusetts Senator Ed Markey — has been merely a dream-like idea to essentially remake the U.S. into a clean-energy economy. Yesterday, Bernie Sanders released a climate plan that is essentially a first stab at what it would take to hit that lofty goal.

The Vermont senator unveiled an aggressive plan to spend more than $16 trillion in federal dollars on “a ten-year, nationwide mobilization centered around justice and equity” to forestall the climate crisis. And he called it — you guessed it — “The Green New Deal.” (Guess no one had the foresight to trademark that phrase.) As Sanders put it to the New York Times, his plan puts the “meat on the bones” of the landmark proposal that has become a progressive litmus test.

A few pillars of Sanders’ plan include:

While the Green New Deal original flavor deal calls for transitioning to 100-percent zero-emission energy generation and slashing emissions from transportation “as much as is technologically feasible” within 10 years, Sanders calls for eliminating all emissions from the transportation sector by 2030. And while the classic resolution doesn’t exclude the use of nuclear power or developing technologies like carbon capture, Sanders’ calls those “false solutions,” along with geoengineering.

As wildfires continue to spread in the Amazon, Brazilian president Jair Bolsonaro is telling other nations not to meddle in the region’s growing crisis. On Thursday, the “Trump of the Tropics” shot back at international leaders like Emmanuel Macron for raising alarm over the fires on Twitter, saying the president of France “seeks to make personal political gains in an internal matter for Brazil and other Amazonian countries.”

For the third time this summer, Europe is bracing for another scorching heat wave. According to the Washington Post, temperatures are likely to climb some 20 degrees above average beginning this weekend, baking much of Eastern Europe and Scandinavia. And remember: Climate change made the July European heat wave at least 10 times as likely to occur compared to a climate without increased levels of greenhouse gases.

Despite overwhelming support from the public and candidates, the Democratic National Committee voted on Thursday, 17 to 8, to reject a proposed 2020 debate on climate change. The group cited concerns about “opening the door for a flood of single-issue events.” The situation isn’t all doom and gloom — also on Thursday, the DNC reversed a ban on 2020 candidates participating alongside one another at a climate forum, which means the door might be open for a non-DNC sanctioned event to discuss the climate crisis.

The endangered species cavalry is coming