It’s Friday, October 12, and Wyoming isn’t Cheyenne away from taking on methane. 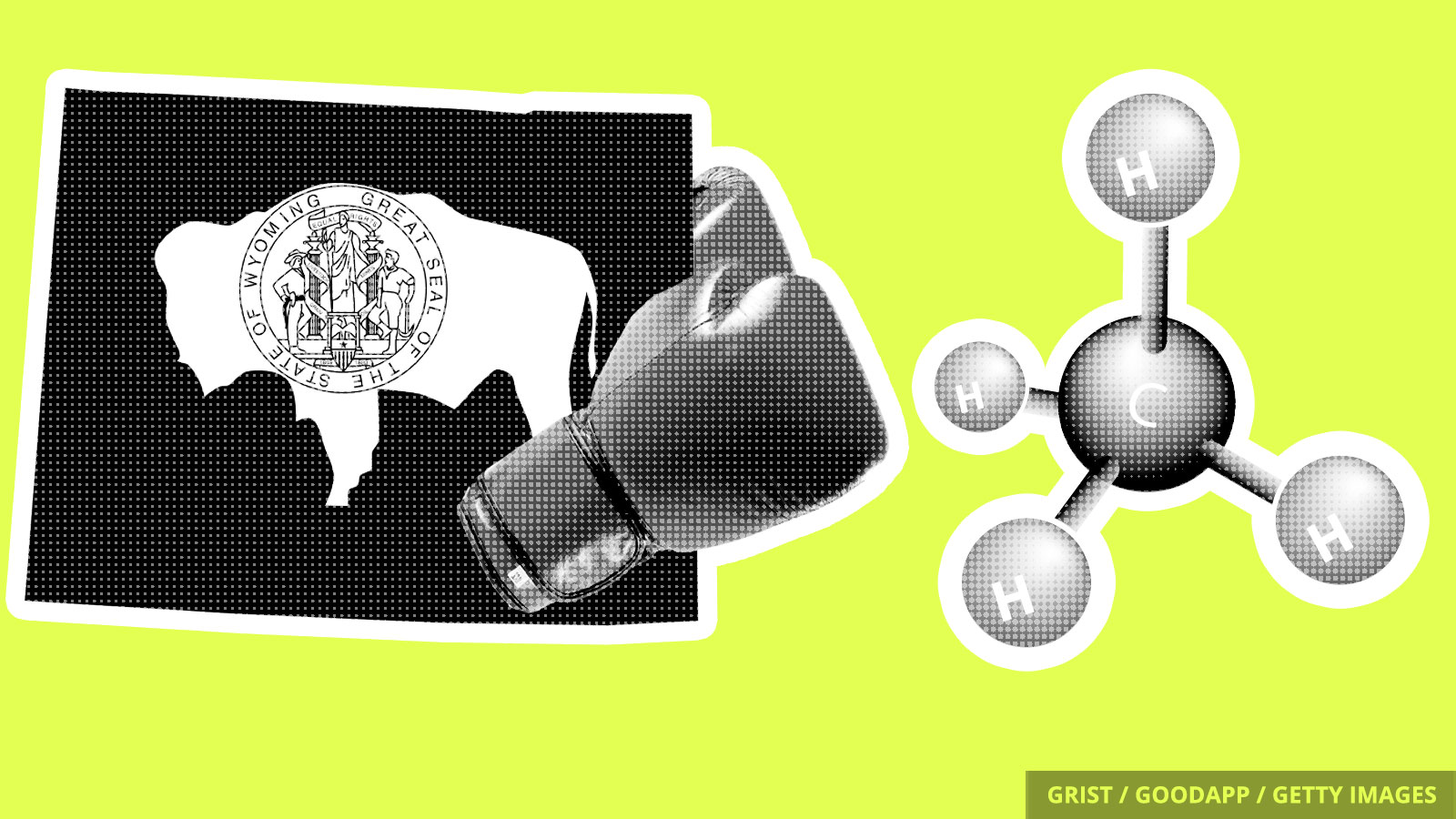 The Trump administration rolled back yet another Obama-era environmental regulation last month, one that was supposed to reduce methane leaks on public and tribal lands. Climate hero Xavier Becerra, California’s attorney general, wasn’t having it: He filed suit against the administration over the repeal.

President Trump’s EPA wants to leave the matter of regulating methane — 25 times more potent a greenhouse gas than carbon dioxide in the short term — up to the states. So Wyoming, a big oil and gas state, came forward with its own proposal to keep methane in check.

Just two other states, California and Colorado, have comprehensive rules around methane emissions.

Trump’s EPA wants to cut required inspections for leaks from twice a year to once a year. Wyoming’s plan takes a cue from Obama’s plan and every dentist everywhere — it would require a checkup every six months.

“The emissions regulations that are being proposed now are as good or better than what the EPA regulations are,” Peter Wold, president of Wold Energy Partners, told Wyoming Public Media. Even some oil and gas companies support the state’s plan.

Methane leaks are a big deal. Wyoming loses up to $96 million in natural gas a year from leaking, venting, and flaring, according to calculations from the Wyoming Outdoor Council. The state’s proposal could reduce some of those economic losses, in addition to making gas-filled Wyoming neighborhoods a nicer place to live.

Hurricane Michael’s devastation extends from the Florida Panhandle into Virginia, with 1.6 million homes without power and at least 13 dead. Many of the poor communities along the eastern edge of the Florida Panhandle lacked the resources to escape the storm’s wrath. “Neighbor after neighbor described how high the water had come: to their knees, their waist, their chest, higher than most anyone had seen it before,” wrote New York Times reporter Patricia Mazzei, who spoke to residents of a mobile home community in Panacea.

In continuing with its legacy of disregarding science, Trump’s EPA will reportedly disband a a panel of air-pollution experts. The New York Times reported that the Particulate Matter Review Panel, a 20-person group of experts who advise on air quality, won’t be around next year. “The dismissal of the particulate matter review panel would make it impossible for the agency to fully evaluate the science and adequately protect the public,” said Gretchen Goldman, a research director at the Union of Concerned Scientists, in a statement.

Brazil’s presidential front-runner, the “Trump of the Tropics,” plans to disregard environmental concerns and build hydroelectric power in the Amazon. If elected, Jair Bolsonaro’s administration would likely revive shelved hydropower dams as well as complete the Belo Monte dam on the Xingú river, a project criticized for displacing indigenous communities, Reuters reported. Grist’s Paola Rosa-Aquino writes that he could also open indigenous areas to mining and a highway, endangering the progress Brazil has made in stopping deforestation. This threat to the Amazon is also a threat to the rest of the planet, now bracing for a future of accelerated climate change.

The World Bank is calling it quits on coal