It’s Friday, December 7, and Yale students want their school to divest from fossil fuels … or else. 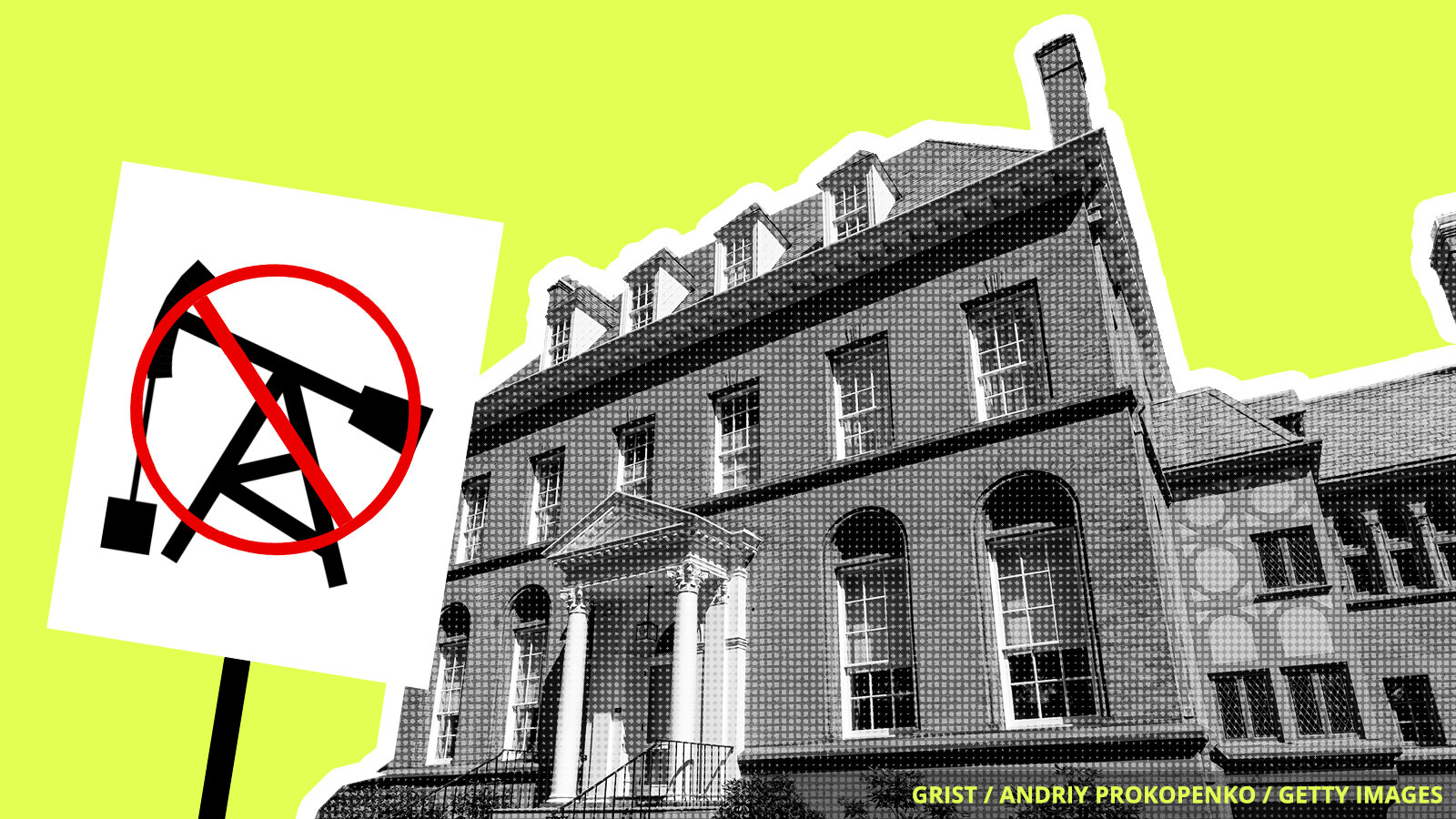 Today, Yale students are protesting their university’s investments with a sit-in in the school’s investment office. Their demands? They want Yale to divest its several hundred million dollars invested in oil and gas along with investments tied to Puerto Rico’s debt. Last month, 1,000 Yale community members signed a letter to the administration asking it to get serious about climate change. Now, students are ready to up the ante.

“This is the largest direct action in the history of the fossil fuel divestment movement at any university,” said Nora Heaphy, a sophomore who handles press for Fossil Free Yale. The group of approximately 50 students says they’re willing to risk arrest to get their message through to the administration, which they say has been resistant to working with them. “Student channels have not worked,” says Heaphy. “That’s why taking direct action is so necessary.”

To get the administration to pay attention, they’re planning on singing and hosting teach-ins in the office. Bill McKibben, the Yoda of the divestment movement, will be Skyping in to speak to the students. The event will be live-streamed on the group’s Facebook page.

It’s going to be peaceful, Heaphy says, “But we are willing to risk arrest, and we expect that the university will arrest these students as opposed to negotiate with them.” Full disclosure: This writer’s little brother is one of the students protesting. Max, if you get arrested mom is going to be pissed!

Massachusetts Senator Elizabeth Warren and three Democratic colleagues are calling for a broader investigation of FEMA contracts in Puerto Rico. Many news outlets have pointed out inconsistencies between the public face of relief efforts and what is happening on the ground, including the fact that the island still doesn’t have a hurricane-specific response plan.

Sage grouse, a bird with a plushy, white built-in boa, is mainly found on public lands in the West. The Trump administration plans to strip protections on this rare bird, while opening up 9 million acres to drilling, The New York Times reports. “With this single action, the administration is saying: This landscape doesn’t matter. This species doesn’t matter. Oil and gas matter” said the Natural Resource Defense Council’s Bobby McEnaney.

This summer, the Trump administration announced plans to slash Obama-era fuel economy standards. A paper published on Thursday in the journal Science found that the administration’s justifications for this plan contained “fundamental flaws and inconsistencies” and is “at odds with basic economic theory.” That’s academic-speak for bogus.

Whatever floats your boat