It’s Monday, March 28, and kids protested climate inaction in more than 750 locations around the world. 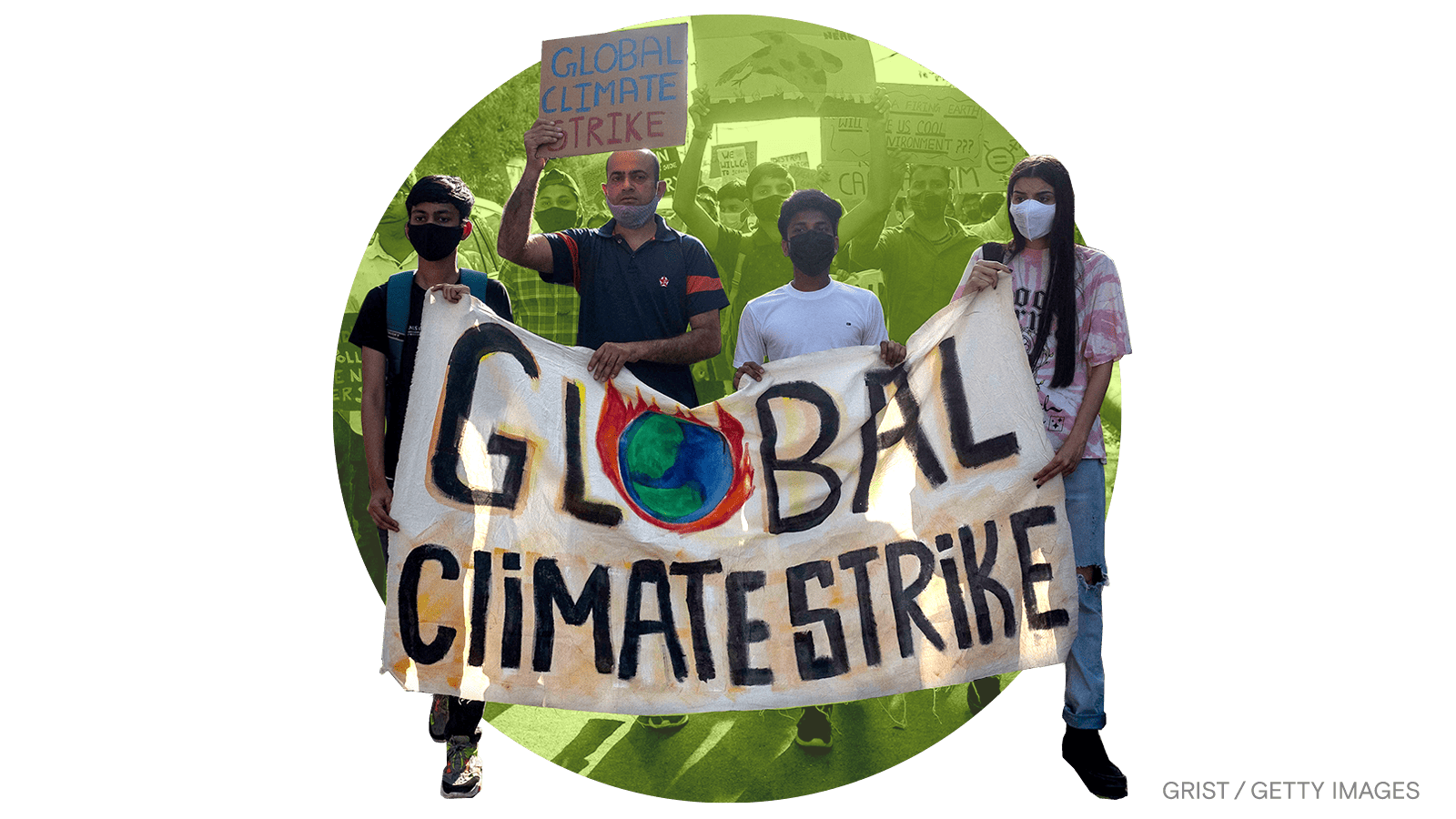 Hundreds of thousands of students rallied last week in a global climate strike, calling for immediate action to address the climate crisis and accountability for the ultra-wealthy who are disproportionately responsible for it.

At more than 750 locations worldwide — including Antarctica — youth organizers and allies united under the hashtag #PeopleNotProfit. “The richest capitalist 1 percent must be held responsible for their actions and willful ignorance,” the group Fridays for Future, which was started in 2018 by the teenage Swedish activist Greta Thunberg, said on its website. “Their profit is our death. Their profit is our suffering.”

Protesters also called attention to Russia’s invasion of Ukraine, arguing that the conflict highlights the dangers of fossil fuel dependence.

Friday’s protests represent the resurgence of a youth-led climate movement that has been tempered since 2020. Before the COVID-19 pandemic upended daily life, Fridays for Future had reached its zenith with a 2019 global climate strike that drew an estimated 6 million people onto the streets — the largest climate protest in history. Another strike in October 2021 drew crowds ahead of the United Nations’ annual climate conference in Glasgow, Scotland, but on a much smaller scale.

“This marks the first really big global strike we’ve had in a while,” Madeline Pierce, a 16-year-old climate organizer for the grassroots group 350 Colorado, told me, referring to Friday’s protests. “There’s really been an effort to relight the flame.” At a march Pierce helped to organize in Denver, protesters called for U.S. banks like JPMorgan Chase to cut ties with the Russian oil giant Gazprom.

Other groups called for climate reparations — including the return of stolen land to Indigenous peoples and payments from high-emitting countries to developing nations to help them recover from climate-related disasters and gird themselves for future damage. “The wealthier countries that have had the greatest impact on climate change need to provide the necessary funding and aid,” Chukwama Paul, communications lead for the Loss and Damage Youth Coalition, an international climate alliance, said in a statement.

The state that wants to end gas car sales by 2030