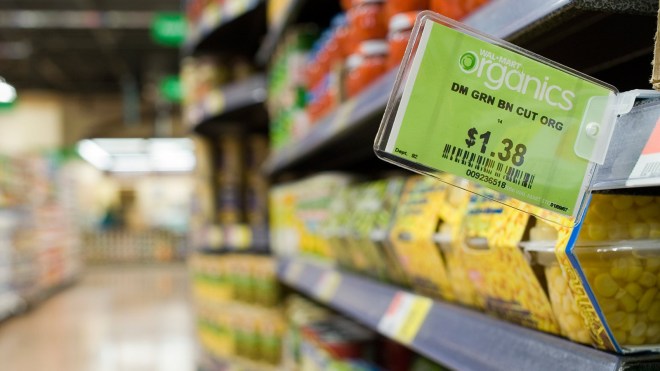 In 2009, Walmart created a stir when it announced that it would develop a Sustainability Index to assess the environmental impacts of every item on its shelves and provide an easy rating system to help shoppers make greener choices. CEO Mike Duke described [PDF] the index as “a simple tool that informs consumers about the sustainability of products” and helps them “consume in a more sustainable way.” This, in turn, would induce Walmart’s 100,000 suppliers to shrink their footprints.

The company set a five-year timetable. Many commentators gushed. The New York Times found the news so momentous that it dedicated an editorial to it, noting, “Given Wal-Mart’s huge purchasing power, if it is done right it could promote both much-needed transparency and more environmentally sensitive practices.”

More than two years on, this ambitious project doesn’t have much to show for itself. A consumer label “is really far off and maybe not a reality,” according to Elizabeth Sturcken, a managing director at Environmental Defense Fund, which has partnered with Walmart on its sustainability initiatives. “This information is really complex. Getting it reduced into a simple label for consumers is very challenging.”

Still, Sturcken thinks the project could produce valuable information for Walmart and manufacturers, and drive product improvements behind the scenes. “I think getting it into a system that product buyers and suppliers could use is much more attainable,” she said.

But even that seems to be proving elusive.

To do the necessary product analysis, Walmart founded the Sustainability Consortium, a university-hosted group. It has since attracted 75 corporate members, including Monsanto and McDonald’s, each of which must contribute at least $100,000 to the effort. To run the consortium, Walmart chose two academic institutions with which it has close ties: the Applied Sustainability Center, which is part of the University of Arkansas’ Sam M. Walton College of Business and was established in 2007 with a grant from the Walmart Foundation, and Arizona State University’s Global Institute of Sustainability, whose board of directors is co-chaired by Rob Walton, son of Walmart founder Sam Walton and chair of Walmart’s own board.

Barbara Kyle, director of the Electronics TakeBack Coalition, is skeptical that such an industry-dominated endeavor could produce a meaningful rating scheme. “You end up with manufacturers voting only for criteria that they already meet,” she said, adding that many critical issues, such as the durability of products and the impact of toxic inputs on factory workers, are excluded when corporations define sustainability. Kyle, who was on the task force that developed the EPEAT environmental rating system for computers, volunteered to take part in a Sustainability Consortium meeting on electronics last year, but was rebuffed. “They have all this stuff on their website about transparency and accountability, but they are anything but,” she said.

In the first year or two after its founding in July 2009, the Sustainability Consortium was close-lipped about its progress. In the last few months, the consortium has finally said that it is not in fact developing a rating system or even product-specific information. It is assembling general lifecycle data for types of products — a typical environmental footprint for orange juice or detergent, say, but not for specific brands within those categories. Spokesperson Jon Nicol says this data could be a starting point for a rating system should a company wish to develop one. So far, the consortium has finished just 10 assessments. A Walmart supercenter carries roughly 140,000 items across thousands of product types.

Was Walmart woefully naive about what it would take to create the kind of Sustainability Index it promised? Was it a miscalculation to have corporations play a big role in developing environmental standards for their own products? Should Walmart have put its efforts instead into refining and adapting an existing rating system, one not controlled by industry, such as GoodGuide? Was the index just a PR ploy from the start?

Although the Sustainability Index may never materialize, Walmart has been taking environmental issues to manufacturers in other ways. The company sent all of its suppliers a “sustainability assessment” [PDF] last year, asking them to answer 15 questions about their practices. But that survey has been criticized by some sustainable business experts. Joel Makower, a green business strategist, described the questions as “superficial at best, voluntary in nature, and the answers are largely yes-or-no, self-reported, and unverified.” Some suppliers privately grumbled that the survey was merely a tool for Walmart to better understand their cost structures and use that knowledge against them.

In China, where Walmart sources roughly 70 percent of everything it sells, the company has been undertaking other efforts. In 2008, Walmart organized a Sustainability Summit for its Chinese suppliers. Both outgoing CEO Lee Scott and incoming CEO Mike Duke gave speeches to the more than 1,000 attendees. Much of the coverage of the event framed it as Walmart getting tough with suppliers: You had better dramatically reduce the environmental impact of your factory or we’ll stop buying your goods.

What the company’s executives actually said was that Walmart had two main environmental goals [PDF] for its Chinese suppliers. The first: “we will require all our suppliers here to clearly demonstrate their compliance with Chinese environmental laws and regulations.” In other words, Walmart will no longer look the other way when its suppliers violate water-pollution and air-pollution laws. It’s good that Walmart is now on the side of the law, but then what are we to make of the company’s previous assertions over the years that its sourcing practices were ethical? Walmart’s second stated objective was: “By 2012, our goal is for the top 200 factories we source from directly in China to achieve 20 percent greater energy efficiency.” There is plenty of low-hanging fruit when it comes to energy efficiency in China’s industrial sector and Walmart seems to be picking some of it. It has a clear financial incentive: Reducing energy use cuts costs, which presumably could result in Walmart paying suppliers less. Last December, the Environmental Defense Fund, which, at the time, was working in China to help Walmart achieve these reductions, reported that the company was on track to meet this goal by next year. Among the success stories that Walmart likes to highlight is the towel-maker Loftex, which has cut its electricity use by 25 percent and water use by 35 percent.

But the top 200 factories in China constitute less than 1 percent of the 30,000 factories in the country supplying Walmart, so a key question going forward is whether the others will follow in large numbers and in a way that can be verified. “[E]nergy efficiency in supplier factories still seems to be viewed as extracurricular by Walmart managers. It is not, in the lexicon of the Walmart world, seen as a ‘core activity,'” wrote Andrew Hutson, a project manager for corporate partnerships at EDF, in a blog post last December. Hutson said the program lacked mandates for supplier participation and a solid system for measuring progress. “For the program to be impactful and meet its potential, it needs to up its game. Dedicating sufficient resources to get the job done would be a good place to start,” he wrote.

So far, there’s no evidence that Walmart’s purchasing patterns have been changed at all by the answers it’s received to its questionnaire, by its energy-efficiency efforts with Chinese suppliers, or by the Sustainability Index program. Aside from a handful of examples like concentrated laundry detergent and CFL bulbs, it doesn’t appear that greener products are edging out more damaging ones on Walmart’s shelves. The company has not established incentives for its buyers to favor more environmentally friendly products; their performance continues to be measured on sales volume and profit margins. Walmart also refuses to make longer-term purchasing commitments to its suppliers, which leaves many wary of investing in new technologies that may take years to pay off.

While Walmart may have made sustainability part of its conversation with manufacturers, so far this has done little to alter business as usual.

Next up: Walmart’s impact on our landscape may well be its most serious environmental legacy, but it’s one the company refuses to talk about.