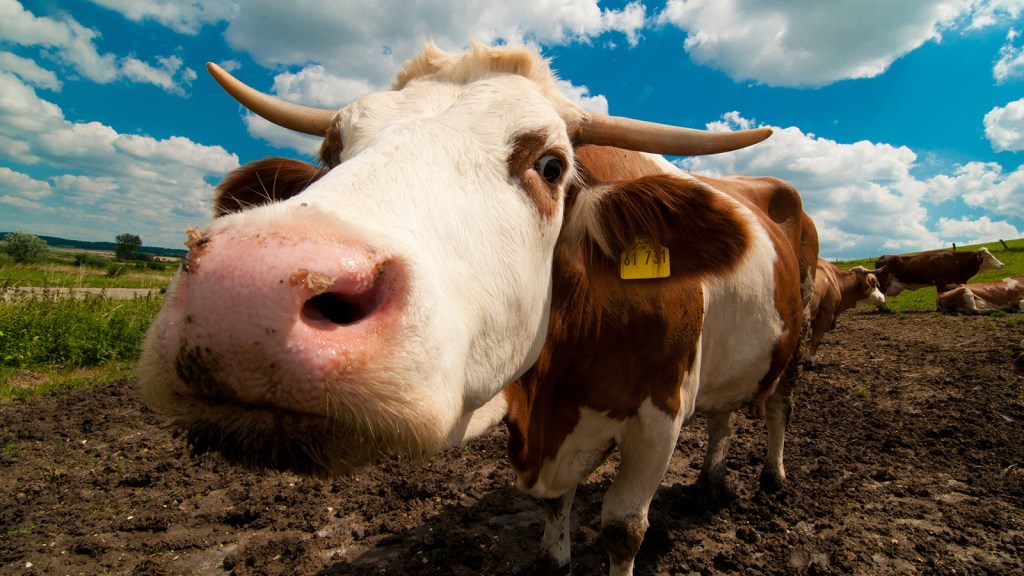 Some people look at a giant cow turd and think to themselves, “Don’t step there.” But not the intrepid researchers at Michigan State University. Oh no, they gaze upon that steaming pie and see refreshment in their future! Yep, it’s true: They’ve figured out a way to extract clean water from not-so-clean cow dung.

I know what you’re thinking: “Water from cow shit? Bullshit.” And you’re right — it works on bulls too!

The McLanahan Nutrient Separation System, which was developed at MSU and is now being primed for commercial use by the McLanahan Corp., aims to put an end to wasting all that, er, waste. The system starts with an anaerobic digester, a device that uses bacteria to extract methane – a natural gas that can then be burned to generate electricity. Then the McLanahan gets funky. In addition to the digester, it includes ultrafiltration, air-stripping, and a reverse osmosis system.

The process produces not only gas energy, but also fertilizer and clean water. The water isn’t safe for you and me to drink, but it’s good enough to give back to the cows, “or, at the very least, to dispose of in an environmentally friendly manner,” according to the university.

Kate Abbey-Lambertz of The Huffington Post put it thusly:

When you start doing the math — multiplying the manure?! — the McLanahan system begins to make a lot of sense. In 2011, the average U.S. dairy herd size was 179 cows, according to farming magazine Hoard’s Dairyman. A cow produces about 10,000 gallons of manure each year, MSU scientists say, but 90 percent of it is water. Their system captures 50 gallons of clean water from 100 gallons of manure, though they’re working to increase collection to 65 gallons of water.

Yes, cattle farming is still very bad, but at least this process could help mitigate some small bit of the crushing amount of water required to make your hamburger. McClanahan Corp. hopes to have it on the market by the end of the year.