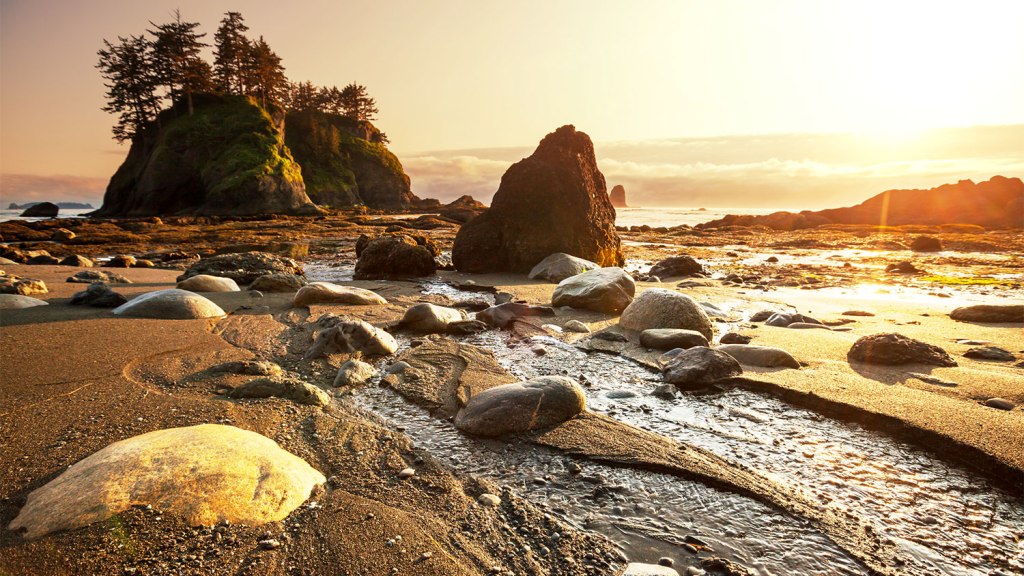 Nuclear energy gives plenty of people the heebie-jeebies: Like horror-movie ghosts and ancestral curses, you can’t see or feel or smell it, but it can still kill you. So when Japan’s Fukushima Daiichi plant was damaged in March 2011, releasing a flood of radioactive cesium-tinged water into the Pacific, nervous nancies the world over took note. And that note, typically, was: PANIC!!!!!1!!11!

First of all: No. Don’t. While some wafting fallout hit the U.S. in the first months after the disaster (results: TBD), ocean-borne radiation took the long way around to get to us. Specifically, 2.1 years, according to an analysis published last month in PNAS.

The study, conducted by scientists from the Bedford Institute of Oceanography, in Nova Scotia, monitored water at test sites off the coast of British Columbia. They were looking for atoms of cesium 134 and 137, the two molecules released at Fukushima — and, sure enough, eventually they found them. In June 2012, they found the smallest signs of the radiation only at their westernmost testing site; a year later, the signal made it to the Canadian continental shelf, but still far offshore. Then, in November 2014, a group from the Woods Hole Oceanographic Institution found traces of Fukushima radiation 100 miles off California.

To reiterate: Don’t panic. By the time it made it to this side of the Pacific, that radiation was 10 million times weaker than it was when it left Japan, and 1,000 times below the safe threshold for drinking water (for nerds: We’re talking under 2 Becquerels per cubic meter [260 gallons]). In fact, that’s even lower than the background radiation levels in the ocean, where residual cesium 137 still lurks from atmospheric nuclear testing in the past 50 years. According to WHOI scientist Thomas Buesseler as cited by Quartz, you could swim in that water for six hours a day, every day, and still absorb less radiation than you would from a single dental x-ray.

None of which is to say that a nuclear power plant still hemorrhaging toxic waste into the ocean is NBD. There are real concerns about the fishing industry in Japan, where ecosystems continue to be dosed with the irradiated water, and some concerns about Pacific tuna, which may be vulnerable thanks to their epic migratory patterns.

Did I mention not to panic? Even though you are not likely to turn into a three-eyed mutant thanks to minute amounts of ambient radiation, the Fukushima disaster raises interesting questions about what we know about our interconnected world — and I’m not just talking about Twitter. How, exactly, does an event in one part of the world ripple outward? Scientists have models of Pacific currents, but, given the vastness of the ocean and the confounding number of variables, nothing beats old-fashioned observation. The Fukushima radiation serves as a kind of dye test, showing exactly how water from a single release point traverses the ocean.

And, in fact, the computer models turn out to be pretty accurate. Since irradiated water has continued to leak from the damaged reactors in the past three years, radiation levels will continue to rise, peaking in Canada in 2015 and 2016 and a few years later in Southern California. But — once and for all, drop the adrenaline and iodine tablets, you’re fine — the levels are never expected to exceed the very-safe limit of 5 Becquerels per cubic meter. Now you can go back to panicking about the very real threat of global warming instead.