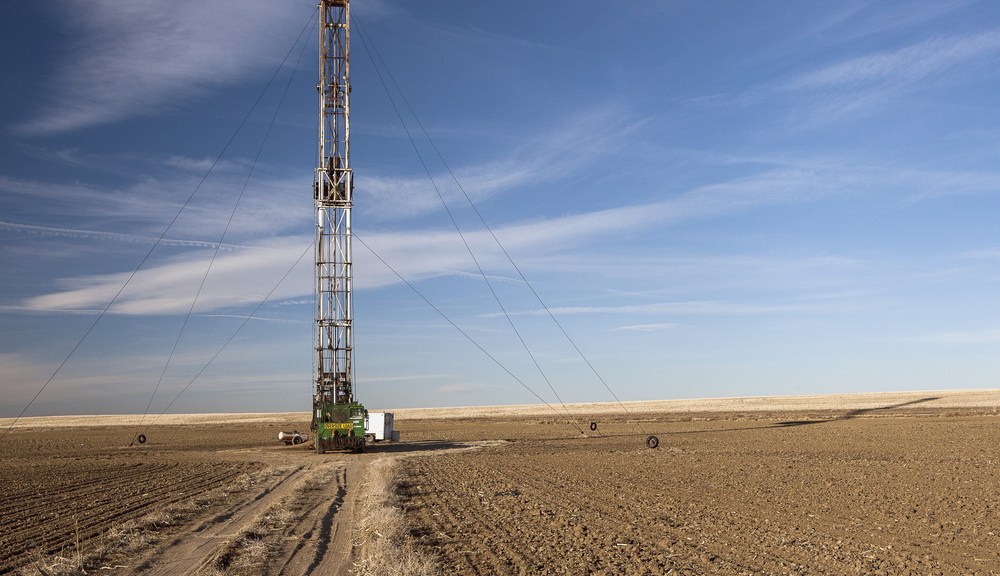 The European Union is desperate for a good fracking. It’s had to watch the U.S. drill its way to a natural gas boom in recent years and is now looking itself in the mirror and asking: “What does old Crazypants McFatty have that I don’t?”

Well, E.U. — we hate to brag (no we don’t), but it looks like we’re simply better endowed. According to Nature, after playing — or rather, testing — the field for several years now, Europe has yet to nail down a commercial shale-gas well. The International Energy Agency, BP, and ExxonMobil have all expressed doubt about the region’s shale prospects, and at the World Gas Conference in Paris last year, one manager from the French oil and gas company Total conceded: “we are very, very far in Europe from profitability.”

Unfortunately for our friends overseas, Europe might need natural gas in order to meet energy demands while reducing greenhouse gas emissions. The United Kingdom, for example, plans to eliminate all coal-fired power plants without carbon capture and storage systems by 2025, and politicians are wary that solar, wind, and nuclear power alone will be able to compensate for the loss. Which means that, while the nation already relies on foreign imports for about half of its current gas needs, it might rely on imports for as much as 75 percent of those needs by 2030, according to U.K. energy secretary Amber Rudd.

But as much as Europe would like to reduce its reliance on foreign gas (which mostly comes from Russia), it can only do so much when the problem is one of logistics.

In order for a country to have a successful fracking industry, it has to a) have lots of gas, b) know that it has lots of gas, and c) be able to extract said gas — safely. And according to Nature, scientists simply don’t know as much about Europe’s shale deposits as the U.S.’s, because Europe has done less onshore drilling. And even the deposits that they do know about seem to pose challenges:

The United States has large deposits of shale that are not too thick and have been folded little over time. The shale in the United Kingdom is more complicated, says petroleum geoscientist Andrew Aplin of the University of Durham, UK. “It’s been screwed around with more”, creating more folds and faults.

That greater complexity could pose challenges. One risk is that pumping fluid into rock can trigger earthquakes if the wells are near faults or large natural fractures. “It’s better to stay away from them, especially when they’re located near densely populated areas,” says natural-gas expert Rene Peters of the Netherlands Organisation for Applied Scientific Research (TNO) in the Hague. But there has been relatively little high-resolution seismic imaging in Europe, he says, so “not all these fractures are known.”

About a decade ago, Nature reports, Poland was looking to take the lead in Europe’s shale boom, handing out exploration licenses to ExxonMobil, Chevron, and Total. And in 2011, the D.C.-based consultancy Advanced Resources International (ARI) set the country’s hopes even higher by estimating that it had about 5,295 billion cubic meters of recoverable gas — enough to meet 325 years’ worth of Poland’s gas consumption.

But the following year, the Polish Geological Institute (PGI) estimated that the actual amount of gas available was just one-tenth of what ARI had estimated. And by the end of last year, only 25 of the 72 wells drilled in Poland were fracked, and overall they yielded only between one-tenth and one-third of the rate necessary to be profitable, according to Nature.

Some of Poland’s problems were purely geological: The deposits were deeper than those in the U.S.; greater concentrations of clay made the rocks difficult to drill through; a “geological barrier” prevented full access to one of the largest deposits near the Baltic Sea. As one PGI spokesperson told Nature, the prospects for Poland’s shale industry were “enthusiastic, but geologically unrealistic.”

Still, not all are deterred:

England is home to some of the few remaining attempts to tap shale gas in Europe. A handful of companies have applied for permission to drill, which could finally reveal whether the United Kingdom’s shale deposits will be a jackpot or a dud. But environmentalists have put up a strong fight, and permissions have been slow to emerge.

Just remember, England — if you do score big, use protection. As we’ve learned the hard way here in the States, fracking can come with some nasty side effects, including leakage and a bad case of the shakes. But as long as you’re careful, then drill, baby, drill!