Looking for a place to film your live-action Frozen fan fic? Dutch students have you covered - Grist 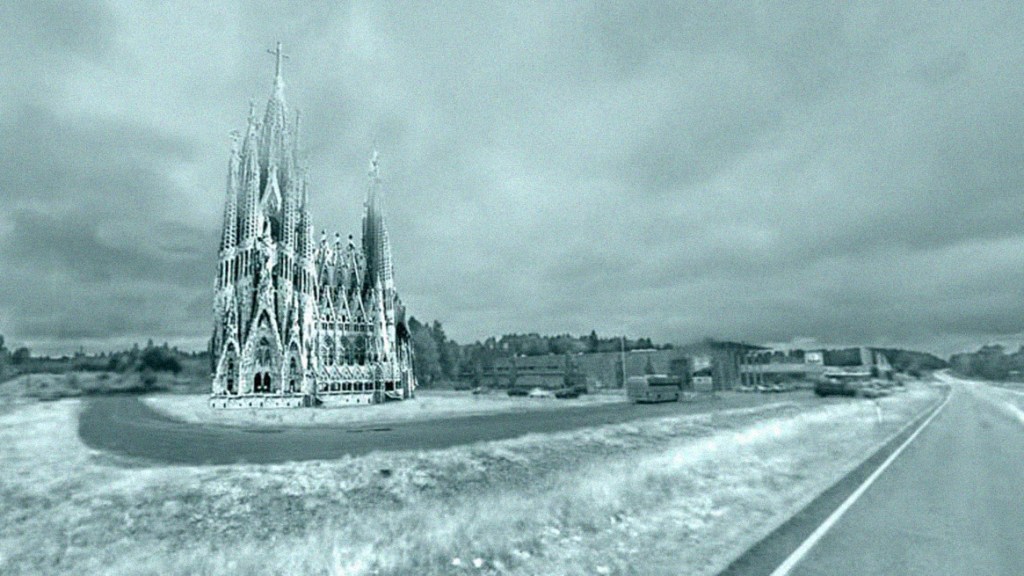 Looking for a place to film your live-action Frozen fan fic? Dutch students have you covered

I once took a ceramics class and my crowning creation was a weird undersea slug creature with a massive mouth and some kind of odd, angler fishlike protuberance. My roommates used it as an ashtray.

Students and faculty at Eindhoven University of Technology are building a 131-foot-tall replica of Barcelona’s Sagrada Familia Basilica out of ice, which I guess is cool. Of course, come summer, their glimmering towers will melt to naught while I still have that ashtray. Somewhere. Maybe in a box at my mom’s house?

The team plans to begin construction this December in Juuka, Finland, and build it in under a month using a long-forgotten and, thanks to climate change, sure-to-be-short-lived technology called Pykrete.

From the project’s web site:

Three times as strong
A 50-strong team will build the ice basilica by spraying thin layers of water and snow onto large, inflated molds and allowing it to freeze. They first spray a layer of snow, followed by a layer of water containing 10% sawdust. That mixture, called pykrete, is immediately absorbed by the snow and then freezes. The wood fiber content makes the material three times as strong as normal ice, and it’s also a lot tougher.

Snow cannon
Once a strong layer has formed, the builders allow the molds to empty and then remove them. Because the structure is more complex than last year’s dome, they have to monitor the quality of the building material even more closely. It’s also a challenge to pump the pykrete up and spray it at a height of 40 meters. This time the builders will take a snow cannon with them to avoid a repeat of the snow shortage experienced last year. They plan to work in shifts, round the clock, in the freezing cold, because any longer interruptions would cause the equipment to freeze up.

So maybe students won’t get to take home an ashtray or a bong, but they do get to use a snow cannon. If St. Mary’s College had had a snow cannon, I’d still be there.

The team is hoping to draw attention to the benefits of Pykrete, which has been in use since the 1940s. It is a cheap, eco-friendly material that is abundantly available in colder climes and is perfect for temporary structures and touristy ice hotels.

Of course, they are also hoping for cold weather to facilitate the project, which, in these years of living dangerously, is less and less a guarantee. Last year the University built a 98-foot ice dome, but the project was delayed as there was no frost in Juuka when construction was set to begin. It was the mildest weather in 146 years.

So good luck, kids. We’re glad you’re learning this fantastic technique. Here’s hoping you still have places to use it.