Self-destruction genes could keep GMOs from spilling into the wild 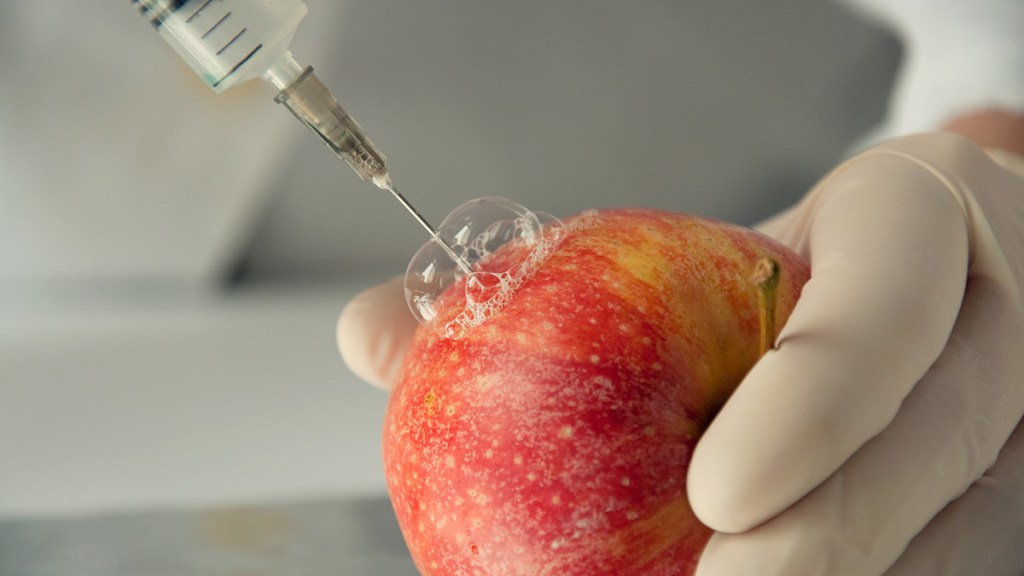 Self-destruction genes could keep GMOs from spilling into the wild

It’s the worst nightmare of activists opposed to genetically modified crops: An errant GMO seed blows out of a wheat or corn field and breeds with a species in the wild or on a neighboring farm. The modified gene proliferates and spreads through the population, and pretty soon the line between engineered crops and their “natural” counterparts begins to disappear, with unpredictable consequences for ecosystems.

This happened in 2010 in North Dakota, when scientists discovered that genes from genetically engineered canola — grown commercially for its oil across the state — were appearing in nearly every sample of canola taken in the wild. In that case, the “escape” of GMO canola turned out to be no big deal.

But it raised eyebrows with plant scientists about how quickly modified genes can spread. Some warned that plants engineered to be especially hardy — for example, the drought- and heat-tolerant plants that agribusiness giants like Monsanto are pushing as a remedy to climate change — could drive out native breeds, taking with them a precious store of genetic diversity.

Since the late 1970s, when genetically engineered crops began to arrive on U.S. farms, federal, and state agencies have applied a smattering of rules and regulations to prevent this from happening. But on Wednesday, a pair of new studies published in Nature offered, for the first time, a protection that comes straight from an organism’s DNA.

After several years of painstaking research, bioengineers at Yale and Harvard have developed a method to ensure organisms with engineered DNA could survive only in designated environments, and not in the wild. Their research was on the bacteria E. coli, but the scientists said the same basic steps could be applied to genetically modified crops, as well as to bacteria used to process dairy products and probiotics for health applications, and even the microorganisms sometimes used to clean up oil spills.

“Endowing safeguards now is important to allow the field [of biotechnology] to go forward,” said geneticist Farren Isaacs, a co-author of the Yale study.

To understand how the proposed solution works, let’s back up to a few basics of genetics. Everything about an organism — its color, how it reproduces or digests food, basically any trait you can think of — is encoded in its DNA, a long sequence of base molecules represented by the letters A, T, C, and G. Stretches of this code are called genes; the entire thing is a genome.

The bases make up a blueprint that tells a cell how to arrange amino acids taken from the environment into functional proteins that are the building blocks of life. Every three bases along the chain code for a specific amino acid, of which there are 20. One of the coolest things about biology is that those same 20 amino acids, dictated by the same code, are used by every living thing from bacteria to apple trees to humans.

What Isaacs and his colleagues managed to do was to re-code an E. coli genome so that it could make use of a special 21st amino acid that was synthetically produced in a lab. Then they went a step further, by planting the code for that acid inside genes that are essential to the bacteria’s basic life functions. When the bacteria is moved to a Petri dish without the synthetic amino acid, it dies. The method could give biotech researchers an unprecedented level of control over their genetic modifications.

“We do consider this a new class of organism,” said George Church, a Harvard geneticist who co-authored one of the papers. “This will be a barrier unlike any that has existed in the kingdoms of life.”

The implication is that when an organism’s genes are modified for a specific function — to increase corn yield, for example — those same genes could also be outfitted with this custom re-coding to make them dependent a steady supply of a synthetic amino acid that can’t be procured in the wild. In the case of crops, that could be supplied through custom fertilizer — a concept that is similar to how existing GMO crops are engineered to work in tandem with certain herbicides. If one of these seeds found its way into the wild, it wouldn’t survive without the synthetic amino acid. Of course, that could open up an entirely new avenue for Monsanto and its peers to monopolize the equipment farmers need to eke out a competitive edge.

Crops with this built-in protection are still years away, Isaacs said: Plant genomes are larger and more complex than E. coli, and it takes longer to grow lab samples of plants than of bacteria. And each new gene to be modified means more time and money.

But this kind of protection is increasingly important in the context of global warming. While GMO crops could be an important tool for some farmers to cope with increased drought or other climate change impacts, they pose a definite threat to genetic diversity. And the need to protect genetic diversity has never been greater, according to a separate study this week from the United Nations Food and Agriculture Organization.

As changing climate conditions shift — and in many cases shrink — where crops are able to grow, 16 to 22 percent of wild relatives of crops will go extinct by 2050, the FAO study found. When those varieties disappear, they take with them a treasure trove of genetic adaptations that could be cross-bred with commercial varieties to help plants survive climate change. That study recommends expanding seed banks and traditional breeding programs to preserve diversity. Christopher Emsden, an FAO spokesperson, said genetically modified crops don’t need to be a part of that equation, adding that the debate over GMOs is a “hot potato” he didn’t want to comment on.

“The main thing to note here is that this hundred-page report makes not a single mention of GMOs,” Emsden wrote in an email.