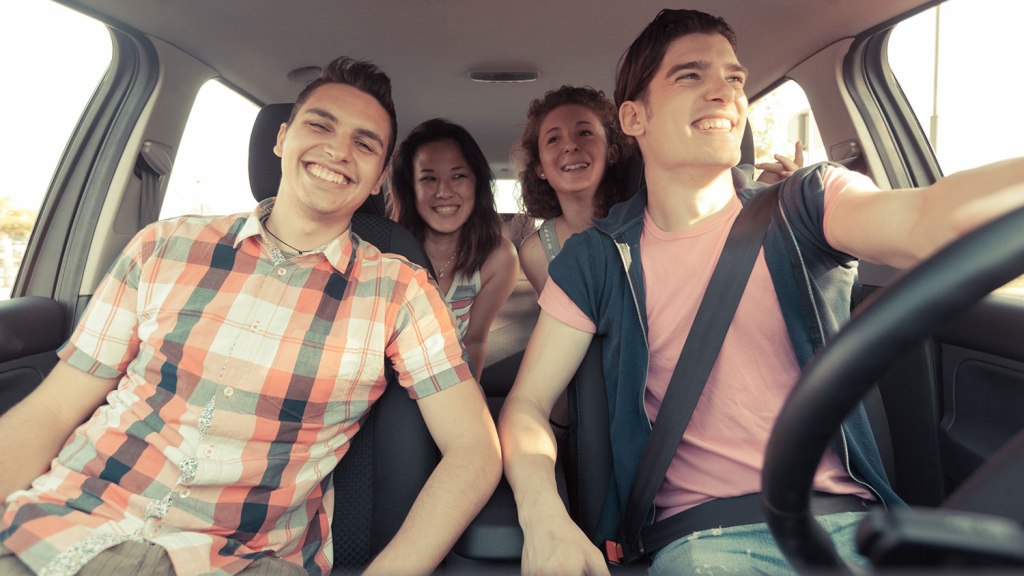 Why are companies that enable you to order a cab with a smartphone labeled “ride-sharing” and lumped into the “sharing economy”? They are nothing of the sort, really. You don’t share a ride with an Uber driver any more than you share a cup of coffee with your barista.

From an environmental perspective, this difference is more than just semantic. Every actual shared cab ride — when two people going the same direction are passengers in the same car — means one less car trip and one half the carbon emissions.

And now a number of companies are working on apps that create real shared rides, in all the different kinds of configurations that users might want. Soon you might be able to use one app to carpool to and from work, another to find a ride out to a bar along a route with no bus service, and yet another to share a taxi home.

The last example is the easiest and best developed, as it’s a simple variation on the so-called “ride-sharing” that has already proliferated. Late last year, Uber and Lyft launched services, called UberPool and Lyft Line, for finding someone to share your cab and split your bill in a handful of cities such as New York, L.A., and San Francisco. As the Today show reports, “In San Francisco, 50 percent of all Lyft rides are now taken with Lyft Line, according to the company, and the service is most popular in hip neighborhoods like the Mission, Williamsburg in Brooklyn, and West Hollywood in Los Angeles.” In December, Sidecar expanded its Sidecar Shared Rides service from San Francisco to Washington, D.C. and Boston.

But some people are uncomfortable with the prospect of riding with random strangers. And Uber, Lyft, and Sidecar rides can be relatively pricey, so even sharing the cost isn’t cheap. That’s why new apps are cropping up to provide opportunities to share rides with people who have a common affiliation, and at lower prices.

I’ve been waiting a long time for real ride-sharing to finally take off. I first learned about the concept years ago from my friend Jon McKinney, who has been working on it for eight years. “In 2007, when I was traveling through Korea, I noticed it would be a regular habit of cab drivers to pick up other riders,” says McKinney. “These guys are doing an ad hoc kind of cab sharing.” Then, one night shortly after his return to New York, he was going home to Brooklyn from a restaurant in Manhattan’s Chinatown, and he was struggling to hail a taxi. Thinking to himself that many of these cabs were occupied by people headed in his same direction, some of whom would gladly split the ride with him to save money, McKinney wondered if there could be a way to set that up. Smartphones had just become widespread and McKinney reasoned that a smartphone app could solve the problem. (This was before services like Uber came along.)

So McKinney founded CabCorner in 2009 to help people not just hail cars through their phones but also match up to share rides with other passengers. The big hurdle was that in order to match people to share a ride, the program must have a large number of people using it. Otherwise, users are unlikely to find someone else who is going from the same area to the same area at the same time.

In the last few years the premise of hailing a ride via smartphone has become widely accepted. That means there are far more potential ride-sharers out there, which in turn means it’s more plausible that a service could get the density of users it needs to successfully make a lot of matches. More fundamentally, it means customers have the confidence — borne of positive experience with services like Uber, Sidecar, and Lyft — that they can use a smartphone app to set up a ride that is reliable and safe. That’s a precondition to going a step further and finding a passenger to share the backseat with.

The challenge for some potential users is that riding with strangers sounds like it might be unpleasant or sketchy. Some people actually like the opportunity to meet other young, tech-savvy passengers. In fact, since Lyft Line lets users see a picture of a potential ride sharer, Today reports that some people are using it like a dating service. But one person’s new world of fun possibilities is another person’s avalanche of unwanted advances. Even aside from serious concerns, like sexual harassment or assault, there’s just the possibility that you’ll get stuck with someone droning on about their coding skills in a voice like Ben Stein’s.

CabCorner’s approach to overcoming that obstacle is to focus on groups where potential riders have something in common. “Organizing by affinity group is a much lower barrier than sharing rides with strangers,” says Eric Goldwyn, a Columbia University doctoral candidate in urban planning who serves as the company’s director of policy and planning (and is also a friend of mine). “There are some studies that show people are very skeptical of sharing with strangers.” Goldwyn is doing his dissertation on “dollar vans,” the informal buses that serve New York’s immigrant communities. “What I see in dollar-van research is that an affinity group is how you ease people into sharing.”

CabCorner is currently focusing on the natural affinity group of college students. It launched a website specific to Northwestern University in Evanston, Ill., in February 2013 and facilitated about 40 shared rides that spring semester. Ridership petered out in the fall, but the company has just relaunched there under the name CabEasy with plans to expand to more campuses in this coming fall.

Based on the same affinity-group principle, a company called HOVee launched a private Beta app in the Bay Area in January that matches riders for carpooling. Typically, the main impediments to carpooling tend to be concerns about whether you and your fellow-riders will be on the same schedule and having to make awkward conversation with strangers. HOVee, which is focused specifically on commuting, tries to solve that with an algorithm that matches you based not just on your schedule but your profession. It promises to match you with colleagues from your same company or a similar one, and in so doing turn a drawback of carpooling — chatting with strangers — into a networking opportunity.

Other players are working on filling the void between cheap fixed-route buses and expensive taxis. Ford is trying to develop a minibus service, called the Dynamic Social Shuttle, that is optimized for this middle ground of four to 10 passengers. The idea is that riders could request a ride via an app, and the system would distribute them into efficient routes that pick up everyone where they are and drop them off within a five minute walk of where they are going. “The end result is a service faster than the bus, but cheaper than UberX,” says Becky Reeves, a spokesperson for the company. Ford will initially roll out the experiment in London; it intends to have some test vehicles on the ground later this year.

Ford is aware that the market is shifting as millennials show less desire to own cars and drive, so it’s aiming to transition itself from a car company to a company that provides mobility solutions. “We are trying to think of the city as a customer: What does the city need and how can Ford provide it?” says John Abernethy, the project’s lead researcher.

Of course, some people would rather get a cab that takes them all the way to their destination. And some people would find carpooling with a colleague even more annoying than carpooling with a stranger they’ll never have to see again. Others would rather carpool only if it’s acceptable to put on their headphones and drop any pretense of the ride being a social occasion.

But it’s OK if the Dynamic Social Shuttle and HOVee aren’t for everyone. As these and other services grow and proliferate, there will be some for carpooling with colleagues and others for carpooling with strangers, some for people who want to share a cab only with other students, and some that offer lower prices in exchange for sharing a ride with more people.

Younger Americans show a greater willingness than older ones to trade the privacy of their own car for cost-savings, but mass transit still can’t take them everywhere they want to go. Many metro areas have inadequate public transit systems, and many jobs are located in inaccessible suburban office parks. So there’s an opportunity for real ride-sharing to help people get around and put a dent in carbon emissions. And if these services catch on, millennials might be even less likely to buy a car than they already are.