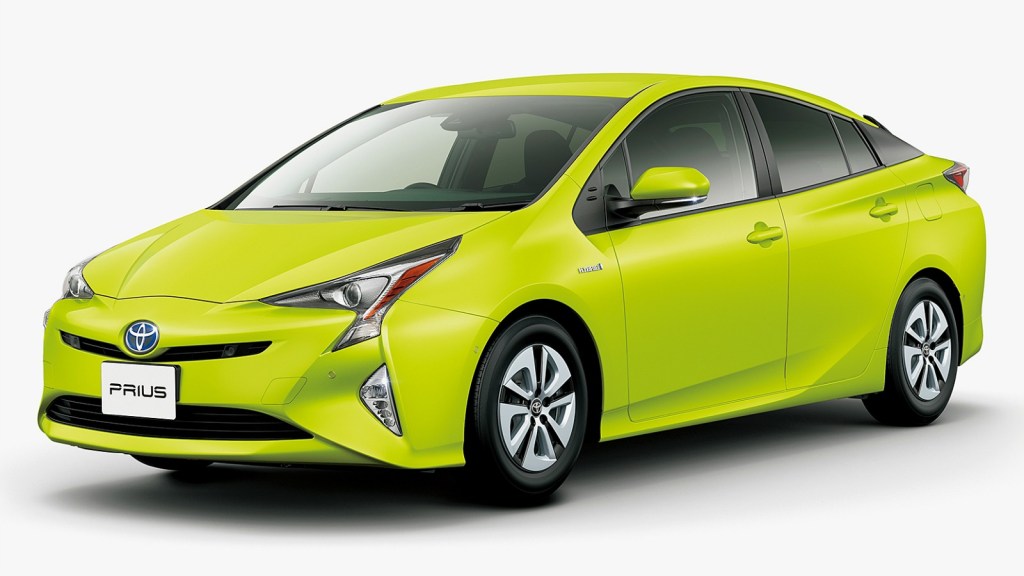 Toyota’s 2017 Prius comes in a lurid shade of lime green that’ll make you thirsty for a mojito. Surprisingly, that same paint could make your car a little less thirsty for gasoline.

The vehicle’s “Thermo-Tect Lime Green” coating is solar reflective, meaning that the exterior absorbs less heat. That way, the inside of the car stays cooler, and you’re less likely to turn on the gas-guzzling air conditioner. In hot weather — which is becoming more and more frequent as the Earth warms up — cranking up the A/C can reduce fuel economy by more than 25 percent.

Toyota expects that under scorcher conditions, the surface temperature of its lime-clad vehicle will be about 9 degrees F cooler than the average set of wheels. Though it’s hard to know how much gas that would save, research shows it could make a real difference. Wired points to a study that estimates coating every car in Japan with solar reflective paint could reduce CO2 emissions by 210,000 tons a year.

Sadly (sort of), Thermo-Tect Lime Green paint is only available in Japan. But you can achieve the same sun-reflective effect without blanketing your roadster in the accent color of your 13-year-old self’s bedroom redesign frenzy. Good old-fashioned white paint reflects 70 percent of the sun’s light, whereas silver reflects about 50 percent, according to Wired.

In the past, automakers have found it difficult to achieve this level of solar reflectivity with other paint colors. That’s where Toyota’s neon green paint, which the company claims is even more reflective than purely white paint, comes barreling in.

No need to wave, Japan — we can see you loud and clear. That paint color may not be “cool,” per se, but it might keep our cars (and the Earth) just a tad bit cooler.