Villains who poisoned W. Va. drinking water could end up behind bars 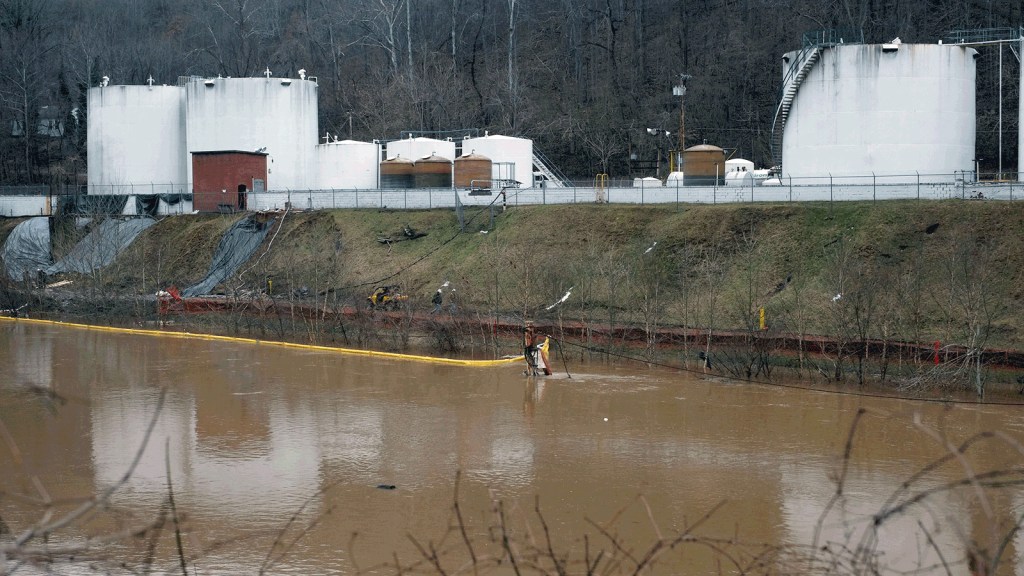 Villains who poisoned W. Va. drinking water could end up behind bars

Remember back in January when a chemical spill poisoned drinking water for 300,000 West Virginians? Well, this week, six owners, managers, and employees of the (ir)responsible company, Freedom Industries, were indicted by a federal grand jury.

The prosecutor, U.S. Attorney Booth Goodwin, said that the company executives’ “flagrant disregard for the law” resulted in the “completely preventable” toxic leak. As 2014 wraps up, the (something resembling) justice system inches a small step closer to punishing the perpetrators of the contamination crime that kicked off the year in environmental disasters.

Before we explore the legal proceedings, let’s take a moment for a refresher on the illegal proceedings that begot this court case. On Jan. 9, Freedom was neglectfully operating its facility of 14 poorly maintained tanks holding 4 million gallons of nasty chemicals on the banks of the Elk River, about a mile upstream of Kanawha County’s municipal water intake, just like any other day. Throughout that morning, residents of Charleston, W. Va., reported whiffs of a sweet, licorice-like fragrance in the air. When the state’s Department of Environmental Protection arrived to investigate, having simply followed their noses to the site of the spill, inspectors observed a 400-square-foot pool of 4-methylcyclohexane methanol, a toxic substance used to “clean” coal of impurities before it’s burned, around a ruptured tank, which appeared to have been leaking for some time. The chemical, MCHM for short, was seeping past a shoddy containment dike, straight toward the river.

Residents of nine Charleston-area counties were warned not to drink, cook with, bathe in, or wash with tap water. Nevertheless, by the next evening, close to 700 residents had reported symptoms of MCHM exposure, ranging from nausea to rashes to hair falling out.

The disaster continued to wreak havoc on local communities for weeks. A month after the spill, the water supply long since declared safe by public authorities, many West Virginians still didn’t trust the official reassurances. Citizens complained that their drinking water was murky or smelled of licorice or formaldehyde, a known carcinogen that could have been formed from MCHM reacting with other chemicals, plastics, or metals in pipes. The results of a door-to-door survey released in July by the CDC and two state agencies indicate that individuals in one-fifth of surveyed households suffered from symptoms of exposure to the chemical.

Freedom’s president at the time, Gary L. Southern, might get locked up longer than the rest, as he was also charged with wire fraud, bankruptcy fraud, and bullshitting under oath. If found guilty on all counts, Southern could be sentenced to 68 years behind bars.

An article from The Charleston Gazette provides all the details of the stinging indictment:

The company and the four executives failed to exercise reasonable care, failed to comply with the law, failed to follow their own internal operating procedures and failed to conform to common industry standards for safety and environmental compliance.

Basically, Freedom Industries was ridiculously reckless, a tragedy waiting to transpire. The chemical storage company declared bankruptcy just days after the spill, and the ticking-time-bomb tank farm is now out of commission. Thank goodness.

According to the company’s “chief restructuring officer,” Mark Welch, Freedom and the feds reached a plea deal that prevents the U.S. Attorney’s Office from seeking damages to compensate victims of the environmental crimes. Instead, this bargain allows “Freedom to focus its time and limited resources on its environmental cleanup obligations and addressing the claims of its creditors,” said Welch.

To which you might respond, What the frack?! The evildoers will find a way to repay their financiers (and their high-priced team of lawyers and advisers), but can’t spare a penny for the hundreds of thousands of folks whose lives were disrupted in the wake of a cataclysm caused by the company’s carelessness. As for the environmental remediation, regulators have been concerned by the lack of real progress.

What’s more, back in July, a $2.9 million settlement reached in 24 lawsuits related to the Elk River spill also failed to include any individual payments to people affected by the tainted water. Instead, the settlement money was set aside for water testing, health studies, and other measures that benefit the whole class of 300,000. Victims had the choice to pocket their measly $7.60 share of the payout instead, but it’s doubtful many filed to do so.

It’s awesome that the people most blameworthy for the spillsaster will be tried for their misdeeds. And there are plenty more lawsuits against the chemical manufacturer and the local water supplier that could result in some reparations.

But unfortunately, Freedom Industries has risen from the dead in a new form. In May, this new company called Lexycon LLC was registered as a business with the same addresses, phone numbers, execs, and even mission statement as Freedom. Uh oh.