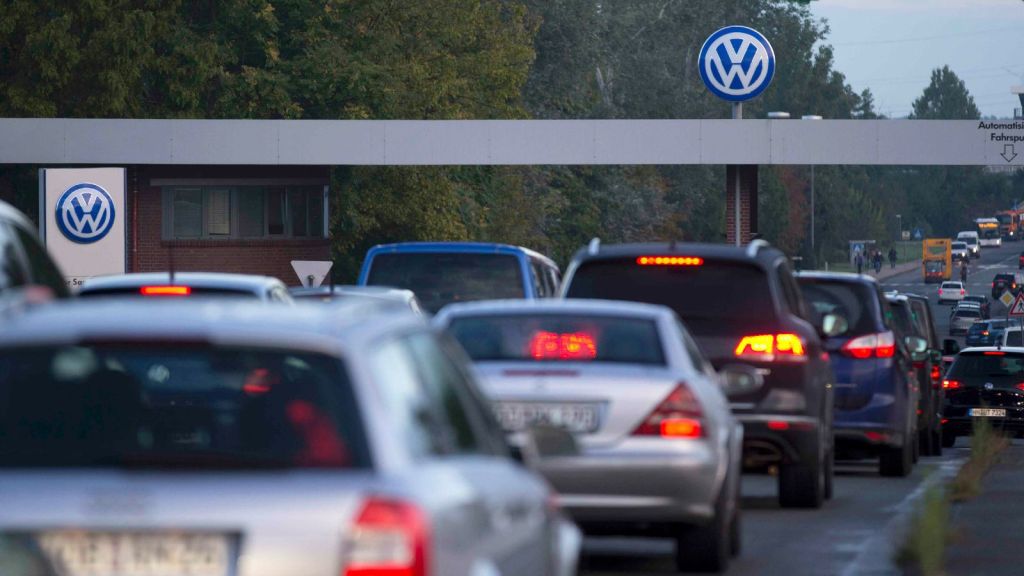 Volkswagen’s rigging of emissions tests for 11 million cars means they may be responsible for nearly 1 million tons of air pollution every year, roughly the same as the U.K.’s combined emissions for all power stations, vehicles, industry, and agriculture, a Guardian analysis suggests.

The carmaker has recalled 482,000 VW and Audi brand cars in the U.S. after the Environmental Protection Agency (EPA) found models with Type EA 189 engines had been fitted with a device designed to reduce emissions of nitrogen oxides (NOx) under testing conditions.

A Guardian analysis found those U.S. vehicles would have spewed between 10,392 and 41,571 tons of toxic gas into the air each year if they had covered the average annual U.S. mileage. If they had complied with EPA standards, they would have emitted just 1,039 tons of NOx each year in total.

The company admitted the device may have been fitted to 11 million of its vehicles worldwide. If that proves correct, VW’s defective vehicles could be responsible for between 237,161 and 948,691 tons of NOx emissions each year, 10 to 40 times the pollution standard for new models in the U.S. Western Europe’s biggest power station, Drax in the U.K., emits 39,000 tons of NOx each year.

New York and other state attorney generals are forming a group to investigate the scandal, New York attorney general Eric Schneiderman said, adding to a series of investigations in the U.S., Europe, and Asia that threaten to sap Volkswagen’s resources and impose large penalties.

In the U.S., just 3 percent of passenger cars are diesel compared with almost half in the E.U. Professor Martin Williams of King’s College London said the United States’ low percentage of diesel cars meant higher diesel emissions in some cars would have a “limited effect” on air quality there.

“[In the U.S. it would be] nowhere near the effect it would have in this country and in the rest of Europe, for that matter,” he said. In the U.K., Williams added, emissions from diesel cars cause roughly 5,800 premature deaths each year. “If you were to make the cars emit at the legal limit, you could reduce those deaths by at least a factor of two and maybe more. Maybe a factor of five.”

The Clean Air in London campaign called for a royal commission to investigate carmakers’ activities in the U.K. “Diesel is without doubt the biggest public health catastrophe in U.K. history. Even the black plague didn’t affect everyone in the population,” said its founder, Simon Birkett.

Not all NOx emissions — which include nitrogen dioxide (NO2) and nitrogen oxide (NO) — are dangerous. But an increasing proportion of the toxic NO2 gas has been detected in E.U. diesel emissions. A study in the British Medical Journal in May found that short-term exposure to NO2 increased the number of premature deaths from heart and lung disease by 0.88 percent and 1.09 percent.

For years, U.K. air pollution measurements have failed to show improvements in air quality, even as standards have tightened.

“Since 2003, scientists have been saying things are not right. It’s not just the VW story, this is part of something much bigger,” said Gary Fuller, also of King’s College. “It has a serious public health impact.”

Last week, a report from NGO Transport & Environment found that Europe’s testing regime was allowing nine out of every 10 new diesel vehicles to breach E.U. limits. Testing regimes in the E.U. are known to fail to pick up “real world” emissions because cars are not driven in the same way in the laboratory as on the road. Some studies suggest the discrepancy may be up to seven times the legal limit.

Williams said being able to mask their NOx emissions would also enable carmakers to pass carbon emissions tests more easily as there was a trade-off between NOx and CO2 in diesel engines.

Catherine Bearder, a member of the European Parliament and a lead negotiator on the E.U.’s new air quality laws, said: “Manufacturers in the U.S. have been caught out, but we know that pollution limits are also being breached in Europe … Unless we take action, thousands of lives will continue to be tragically cut short by air pollution.”

In a sign that the emissions scandal will not remain restricted to the U.S., a Venice court will next month hear a case against VW and Fiat for misleading test advertising.

The Italian consumer rights group Altroconsumo is due to press its case for a class action suit against VW and Fiat on Oct. 2, after laboratory tests showed that fuel consumption and CO2 emissions from the VW Golf 1.6 and Fiat Panda 1.2 were up to 50 percent higher than claimed.

Altroconsumo wants the German car firm to pay damages of $561 to the owner of a VW Golf in a case that raises the possibility of wide-scale compensation payouts by the car industry.

Monique Goyens, the director of the European consumer rights umbrella group BEUC, which includes Altroconsumo, called for an investigation by the European commission into the use of software programs to “game” European emissions tests.

“The VW scandal has compounded our concern that underhand tactics are also being used in fuel consumption and CO2 testing programs in Europe,” she said. “One of the problems in the E.U., unlike in the U.S., is the absence of a market surveillance system which would require independent in-use conformity testing. The E.U. needs to implement such a system to restore trust amongst consumers.”

On Tuesday, the Italian government launched an investigation into VW’s emissions testing regime.

NOx gases both cause some environmental problems, but it is really only NO2 that causes health problems.

High concentrations of nitrogen dioxide are harmful because they cause inflammation of the airways. But it can also react to form other secondary pollutants, such as ozone, which create their own health problems.

Nitrous oxide is N2O, or laughing gas. This is not found in diesel fumes.

How the VW crisis unfolded

… each year if they were all being judged against the 2016 model emissions standards.

11 million cars are affected globally, so assuming mileages worldwide are similar to mileages in the U.S., VW’s defective vehicles could be responsible for …